Camilla jokes with crew on the ‘Duchess of Cornwall’ helicopter

Camilla, 73, made the revelation at a club when she met singer Emily Capell who was keeping up the fashion. The Duchess said: “I used to have my hair like that in the Sixties, so I know your pain.” She also admitted to being a fan of the young Rod, pictured right, and his band The Faces: “I saw them live.” But Charles, 72, suffered his own pain when he was reminded of a youthful musical passion by Emily. 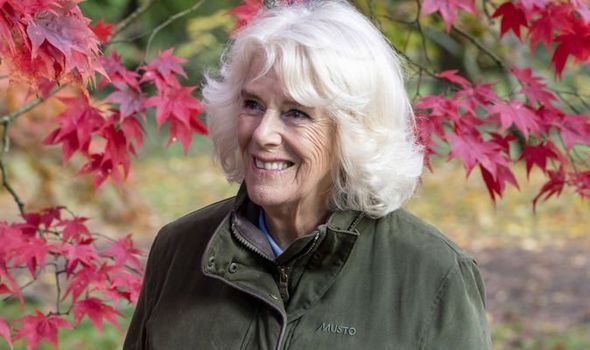 “And you like The Three Degrees, Sir?” the 22-year-old asked.

The Prince, who was once romantically linked with their singer Sheila Ferguson, laughed and replied: “That was a very long time ago.”

The royal couple met Emily at the 100 Club to support West End night life during the pandemic.

Stars including Paul McCartney, The Rolling Stones and The Who have all played the venue. 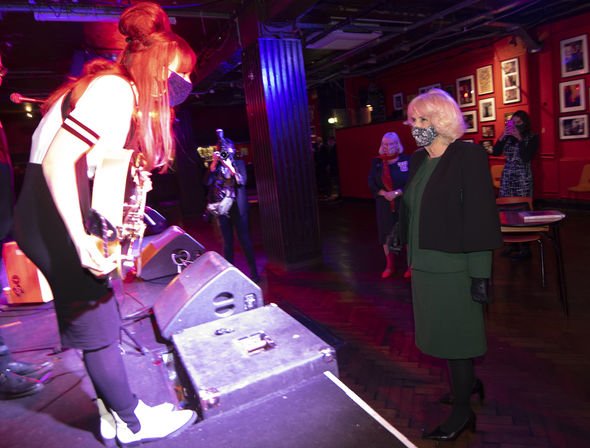 The royals were treated to a show by Emily and drummer, Matt Cowley, 35. The guests seemed to be enjoying themselves tapping their feet to the beat as they sat on plastic seats.

Earlier, they watched a performer at the Soho Theatre who was on a break from her supermarket job at Morrisons – and wore her uniform complete with name badge.

Natasha Marshall, who also wrote her one-woman play Half Breed, justified her choice of dress to Charles and Camilla.

She said: “I’ve got to go back [to work] later so it was easier to keep it on, I’ll be in such a rush. It’s such a pleasure to meet you.”