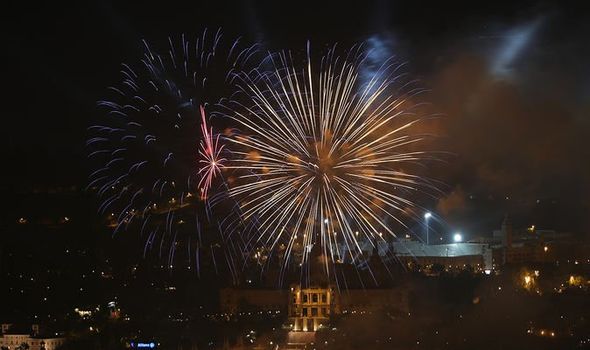 Dulwich Sports Club has scrapped the tradition in a green bid to banish carbon dioxide and other harmful elements released with the flames.

But critics have attacked the idea of using footage of a bonfire at the £10-a-head event as “joyless and pointless”.

They stressed that the display in exclusive Dulwich, south-east London, will still attract hundreds of cars pumping out exhaust fumes.

One mother, Masie Bennett said: “Aside from last year because of Covid, the bonfire on fireworks night is usually a yearly event for me and the kids.

“I just don’t understand the point in pulling the bonfire but carrying on with fireworks — and allowing everyone to drive to the event by hosting parking too. That’s hardly being green.

“A fake bonfire is pretty joyless. If we’re just going to watch a flame on a television screen then it’s a bit rubbish and we may as well do that at home.”

A bonfire organiser in Guy Fawkes-mad Lewes, East Sussex, said: “We’re going to have to make Dulwich our next effigy for trying to turn the evening into a bore-fest.”

The Dulwich event, usually attended by up to 7,000 people, has also decreed that sparklers are “strictly banned”.

Club secretary Susie Giles said: “Tickets always sell incredibly well and they are again this year. I think people’s focus is on the fireworks which we’ll be holding in full.

“We normally get around six to seven thousand each year and we’re on track for it again. People are aware it will be an eco-friendly bonfire this year so it doesn’t seem to have put them off.

“The decision was made by a separate organising committee, but there are some good reasons behind it.”