A Durham University college principal who described students as “pathetic” after they staged a walkout is stepping back from some of his duties.

Professor Tim Luckhurst, a former BBC journalist and Scotsman newspaper editor, made the comments over their response to a dinner attended by columnist Rod Liddle.

Mr Liddle reportedly made a joke in his speech referencing sex workers and made comments regarding gender.

An investigation by the university is now under way into the South College Christmas formal event and the circumstances of Mr Liddle’s attendance. Professor Luckhurst has apologised for his comments, adding his anger reflected his “commitment to free speech”, however he will not attend any external events on behalf of the university until the investigation is complete.

He had already withdrawn from a talk at the university’s debating society on Monday and will now work from home, according to a Durham University spokesperson.

The inquiry won’t conclude until mid-January, but the Durham Students’ Union has already described his position as “untenable” and suggested his comments had humiliated those who walked out. 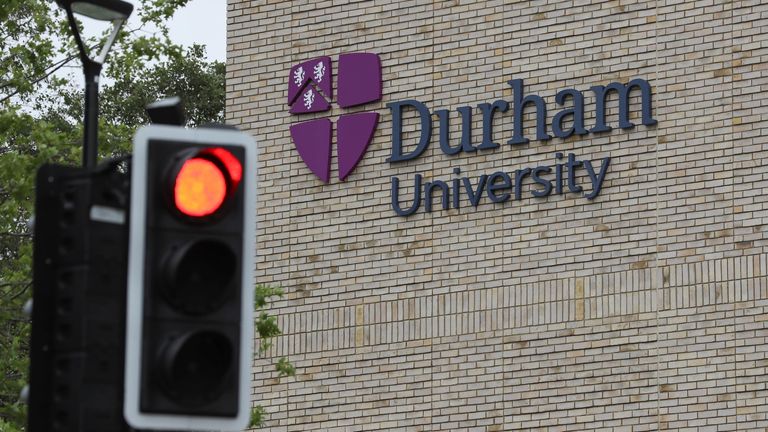 Professor Anthony Long, acting vice-chancellor, said: “The events of last Friday at South College have caused considerable distress and anger across much of our community.

“Although there will inevitably be a range of views and strong feelings across our community, it is important that our approach is one of kindness and respect towards one another.

“We need to set standards and expectations on how we discuss and debate issues respectfully.

“We pride ourselves on being open to different ideas, cultures and thinking, cherishing the ability and space we have to hold conversations and value genuine dialogue.

“However, please let us be clear that no member of our university community should be subjected to transphobia, homophobia, racism, classism and sexism. We are committed to providing a safe place to live, work and study for all.”