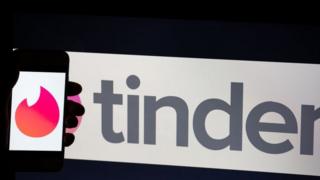 A Dutch pensioner has started a legal battle to legally change his age and boost his dating prospects.

Emile Ratelband, 69, wants to shift his birthday from 11 March 1949 to 11 March 1969, comparing the change to identifying as being transgender.

A local court in the city of Arnhem, south-east of Amsterdam, is expected to rule on the case within four weeks.

Dutch newspaper Algemeen Dagblad reported the court was sceptical of the suit, saying there was no legal mechanism allowing a person to change their birth date.

But Mr Ratelband argued he feels discriminated against because of his age, and that it was affecting his employment chances and his success rate on the dating app, Tinder.

Mr Ratelband further argued that according to his doctors he has the body of a 45-year-old, and described himself as a “young god”.

The pensioner also said he would renounce his pension if he switched his birth date.

The Netherlands’ constitution expressly prohibits employment discrimination on the basis of age.

Mr Ratelband is a media personality and motivational speaker, who is a trainer in neurolinguistic programming.

He voiced the character Vladimir Trunkov in the Dutch-language version of the Pixar film Cars 2.