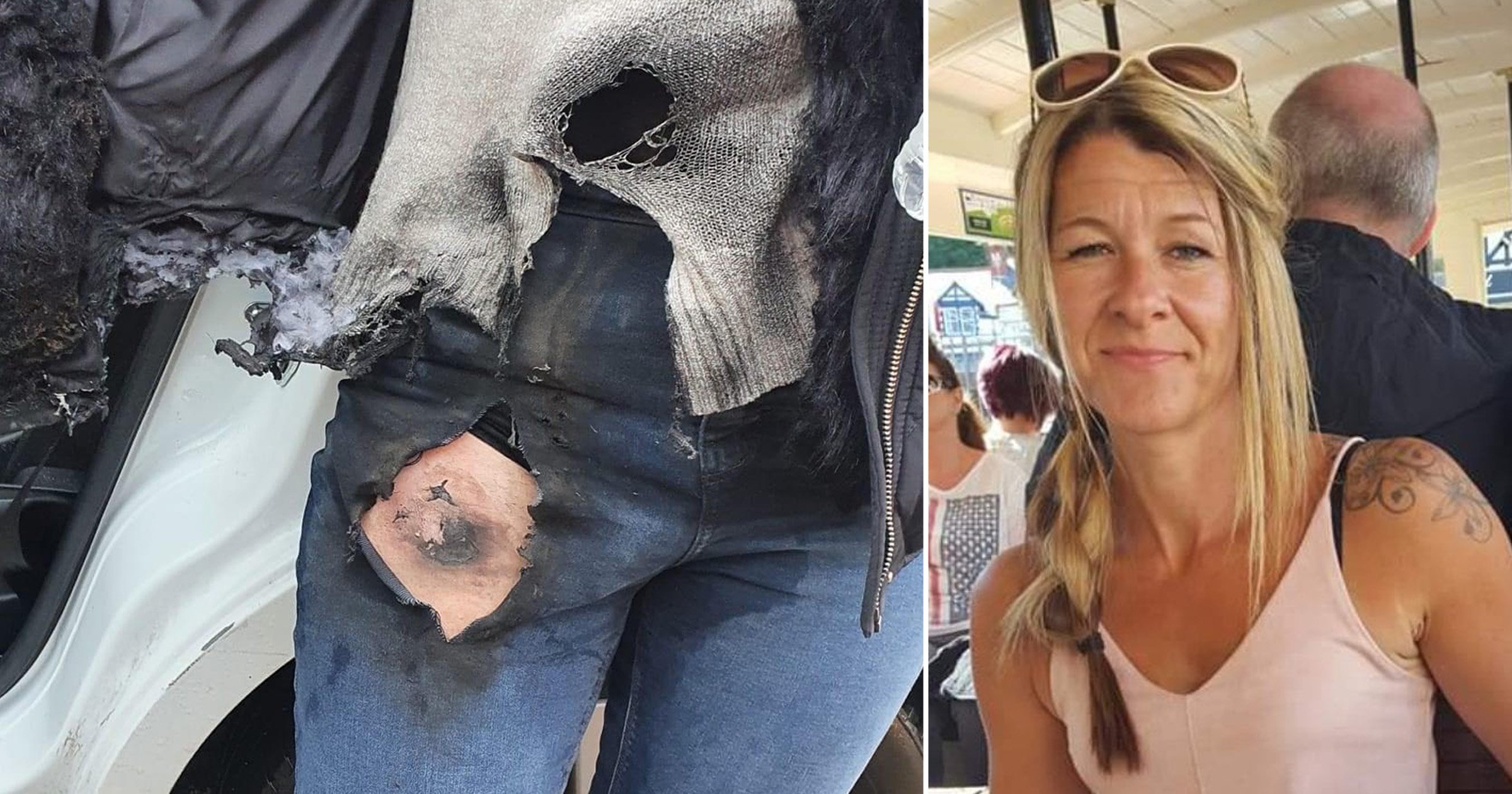 A woman’s coat went up in flames after her e-cigarette battery ‘exploded like a firework’ in her pocket.

Sarah Beckett, 37, was shopping at Aldi, in Newton-le-Willows, Merseyside, when she started to ‘feel and hear something in her pocket’.

She opened her coat and the red hot battery slid out of the hole it had melted and landed on the floor – still glowing orange.

Sarah screamed out loud when she realised she was on fire and an elderly couple rushed to use bottled water from Aldi’s shelves to put the flames out.

Her husband Andrew now believes the accident was caused by the spare e-cigarette battery Sarah had in her pocket.

He said: ‘We’ve later found out from a guy on Facebook that these batteries can
short if the positive end comes in contact with say a key or a coin.’

Indeed, the London Fire Brigade tells people to ‘never let your [e-cigarette] battery come into contact with metal items such as coins or keys in a pocket or bag, as this can cause a short circuit and explosion.’

Andrew said the battery ‘exploded like a firework when you first light it – lighting [Sarah’s] clothes, coat and jumper.’

During all the chaos, a young man used Sarah’s phone to call Andrew – who was away for work in North Wales.

Andrew said: ‘I could hear [Sarah] screaming and panicking in the background.

‘I keep thinking that a few minutes earlier she would have been
driving on the main roads of Newton-Le-Willows and it haunts me to
think what might have happened.

‘I think we both had a little private whimper to ourselves last night
when I got her home, she was very lucky, and also very lucky that
certain members of public were in the shop at the same time.’

Sarah was taken to hospital with second-degree burns but has since been released to recover at home while being treated by Whiston Hospital burns unit.

Andrew said: ‘People definitely need to be made aware, we didn’t have the slightest idea the dangers of a loose battery.’