BERLIN — From nursing homes in France to hospitals in Poland, older Europeans and the workers who care for them rolled up their sleeves on Sunday to receive coronavirus vaccine shots in a campaign to protect more than 450 million people across the European Union.

The inoculations offered a rare respite as the continent struggles with one of its most precarious moments since the coronavirus pandemic began.

Despite national lockdowns, restrictions on movement, shuttering of restaurants and cancellations of Christmas gatherings, the virus has stalked Europe into the dark winter months. The spread of a more contagious variant of the virus in Britain has raised such alarm that much of continental Europe rushed to close its borders to travelers coming from the country, effectively plunging the nation as a whole into quarantine.

In Germany, a nursing home in the eastern state of Saxony-Anhalt chose not to wait for Sunday’s planned rollout of the vaccination campaign across the European Union, inoculating a 101-year-old woman and dozens of other residents and staff members on Saturday, hours after the doses arrived. People were also vaccinated on Saturday in Hungary and Slovakia.

Early Sunday, dozens of minivans carrying coolers filled with dry ice to keep the doses of the Pfizer-BioNTech vaccine from rising above minus 70 degrees Celsius fanned out to nursing homes across the German capital as part of the wave of immunizations. The rollout comes as Europe’s largest nation is confronting its deadliest period since the start of the pandemic. 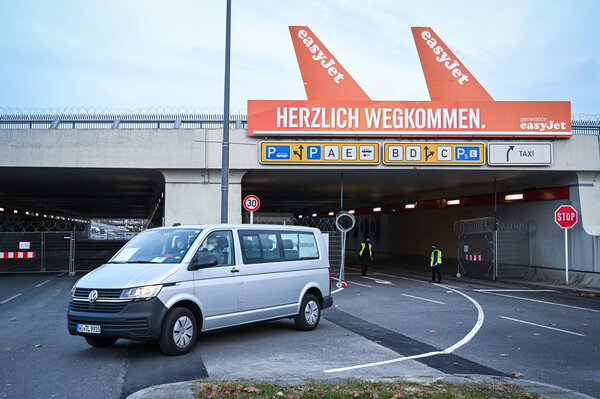 With nearly 1,000 deaths recorded in Germany every day in the week before Christmas, a crematory in the eastern state of Saxony operated around the clock, straight through the holiday, to keep up.

“I’ve never had to see it this bad before,” said Eveline Müller, the director of the facility, in the town of Görlitz.

More than 350,000 people in the 27 nations that make up the European Union have died from Covid-19 since the first fatality was recorded in France on Feb. 15. And for many countries, the worst days have come in recent weeks. In Poland, November was the deadliest month since the end of World War II.

While doctors have learned how to better care for Covid-19 patients, an effective medical treatment remains elusive. So the rapid development of vaccines is being hailed not only as a remarkable scientific achievement, but also as hope for a world knocked off its axis.

Yet the joy that greeted the news of successful vaccine candidates in November has been tempered as the rollouts in Britain and the United States have underscored the challenges ahead.

Vaccination campaigns in Russia and China, meanwhile, are using products that have not cleared the same regulatory hurdles as those created by Pfizer-BioNTech and Moderna, the vaccines currently being rolled out in the West.

Mexico became the first country in Latin America to start inoculating its population on Friday. And regulators in India are expected to soon approve the use of a vaccine developed by AstraZeneca and the University of Oxford.

By the new year, the largest inoculation effort in human history is expected to be in full swing. But supply shortages, logistical hurdles, misinformation, public skepticism and the sheer scale of the effort ensure that it will be an uphill struggle against a virus that is constantly evolving.

While experts said there was no indication that any known variant would render vaccines less effective in individuals, they said further study was needed. And the higher the rate of infection, the greater the urgency to have people vaccinated.

The new variant is spreading in Britain with such ferocity that there is a growing debate about whether to give more people a single dose of the Pfizer-BioNTech vaccine — offering roughly 50 percent effectiveness at preventing illness — rather than giving a smaller number of people the two doses required for protection levels estimated at 95 percent.

Still, the rollout of the vaccine across Europe was celebrated.

“Today, we start turning the page on a difficult year,” Ursula von der Leyen, the European Commission president, wrote on Twitter. “The #COVID19 vaccine has been delivered to all EU countries.”

The Greeks are calling their vaccination campaign “Operation Freedom.” As in much of Europe, skepticism there about coronavirus vaccines runs deep, and the slogan is aimed at swaying undecided people.

For Italians — whose suffering at the outset of the pandemic served as a warning for the world, and whose current death toll is again among the worst in Europe — a 29-year-old nurse stepped up to take the first shot.

“It’s the beginning of the end,” said the nurse, Claudia Alivernini, after she got her early-morning inoculation at Rome’s Spallanzani hospital.

“We health workers believe in science, we believe in this vaccine, it’s important to be vaccinated, for ourselves, for those near us, for our dear ones, the collectivity and our patients,” she said.

“Today Italy reawakens. It’s #VaccineDay,” he wrote on Twitter. “This date will remain with us forever.” 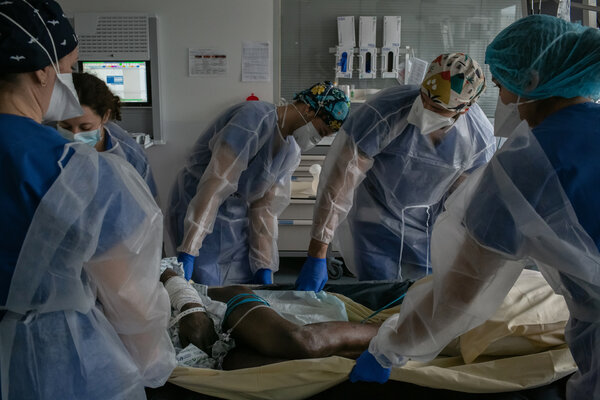 For Europe, It’s Wave After Wave

In a roller coaster year of pandemic, the one constant has been the strain on frontline workers, who are already girding themselves for the next surge.

For some countries, the first vaccinations offer a chance at redemption of sorts for failings during the pandemic’s first wave.

In the spring, as the virus swept into nursing homes in France, the crisis remained in the shadows until deaths reached a scale that could no longer be ignored. There was therefore symbolic resonance when nursing home residents were chosen to receive the first inoculations in the country.

In Spain, where more than 16,000 people died in nursing homes in the first three months of the pandemic, the inoculation campaign was also slated to kick off in a nursing home in the city of Guadalajara.

The European Union’s member states made a show of solidarity by waiting for the bloc’s regulatory board, the European Medical Association, to approve the vaccine before beginning coordinated national campaigns. But how those will play out in individual countries is likely to be disparate.

All E.U. member states have national health care systems, so people will be vaccinated free of charge. But just as hospitals in poorer member states like Bulgaria and Romania were overwhelmed in the latest wave of the virus, the networks in those countries will face challenges in distributing vaccines.

While each nation is determining how to carry out its campaign, in general the first phase will focus on people most at risk of exposure and those most likely to have serious health conditions — health care workers and the oldest citizens.

Most member states have said they expect the vaccine to reach the general public by spring, and a return to some sense of normalcy could hardly come too soon.

In October, France was among the first nations in Europe to introduce a second lockdown, and although it has started lifting restrictions, the reopening has not come as fast as many had hoped.

Museums, theaters and cinemas, which were initially expected to reopen on Dec. 15, remain closed, and a curfew from 8 p.m. to 6 a.m. is in place around the country. The lights in the trees along the Champs-Élysées in Paris still sparkle every night, but no holiday shoppers or tourists are there to bask in their glow.

Chairs stacked up in empty bars, restaurants and cafes are reminders of the absence that has marked 2020.

Nathalie and Adrien Delgado, a Parisian couple in their 50s, said they would get vaccinated as soon as possible. “It is an act of citizenship,” said Ms. Delgado, who was celebrating Christmas in Paris with the couple’s two children instead of visiting her mother. “It is not even for me, but it is the only way to stop the virus.”

Others were not so sure.

Sandra Frutuoso, a 27-year-old housekeeper who had also canceled plans to visit her family in Portugal, said she feared the disease — her husband was infected and has since recovered — but would not get vaccinated “before a long time.”

“They created it too fast,” she said. “I am worried that the side effects could be worse than the Covid itself for someone my age.”

Germans’ willingness to be immunized has also dropped in recent months, and the government hopes that acceptance will grow as the vaccines roll out.

Asked last week how long it might be before life could return to normal, Ugur Sahin, a co-founder of BioNTech, cautioned that even with the immunization, the virus would linger for the rest of the decade.

“We need a new definition of ‘normal,’” he told reporters, though he added that with sufficient vaccinations, lockdowns could draw to a close as early as next year.

“This year we won’t have an impact on infection numbers,” Mr. Sahin said, “but we have to be sure that next year we have enough vaccines so that it will be normal.”

Melissa Eddy reported from Berlin, and Marc Santora from London. Reporting was contributed by Aurelien Breeden from Paris, Niki Kitsantonis from London, Elisabetta Povoledo from Rome, Raphael Minder from Madrid and Monika Pronczuk from Brussels.