Flight EZY8402 put out a Squawk 7700 general alert over the north west of Derby. Twitter sources said the flight had diverted to Manchester after failing to land twice in London.  It comes as the nation is battering by gale-force winds of up to 90mph on the ground. Many flights have been forced to abandon landings across the country.

Aviation experts say the aircraft, an Airbus A320 which had taken off from Freidrichshaken, had reduced speed.

One wrote: “EasyJet flight EZY8402 diverted to Manchester after two missed approaches at Gatwick. The likely cause of the emergency declaration is due to fuel issues!”

Another wrote: “EZY8402 looks interesting. Had a couple of goes into LGW and now heading north.”

The aircraft was due to land at 12.30pm after taking off from Germany at aboyt 10am. 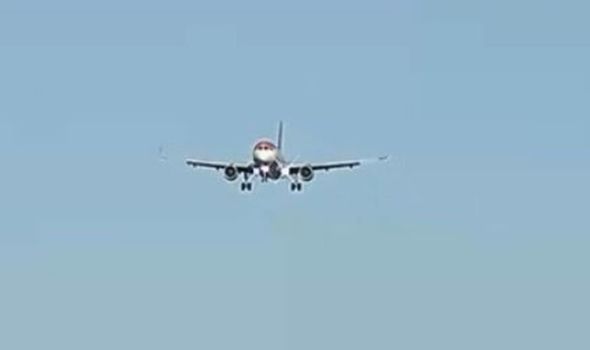 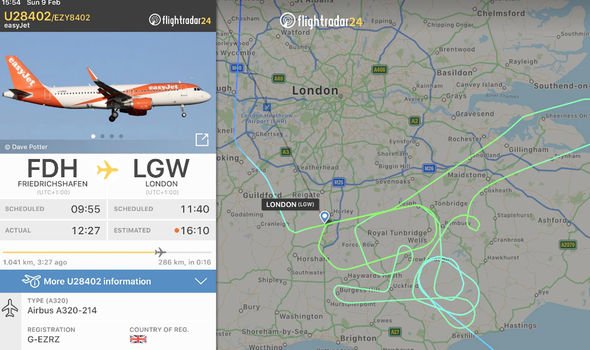 Flight radars showed the aircraft had declared an emergency over Derby.

The flight was eventually said to have landed at Manchester Airport at around 3.10pm.

A number of aircraft were forced to divert with many aborting landings.

One British Airways flight to Heathrow was forced to divert to Frankfurt in Germany after failing to land twice in London.

The flight had earlier taken off from Heathrow.

Other flights which left earlier today made record time across the Atlantic.

One British Airways jet flew from New York to London in just four hours and 56 minutes.

Will parents be fined for pulling their children out of school early for Christmas break?