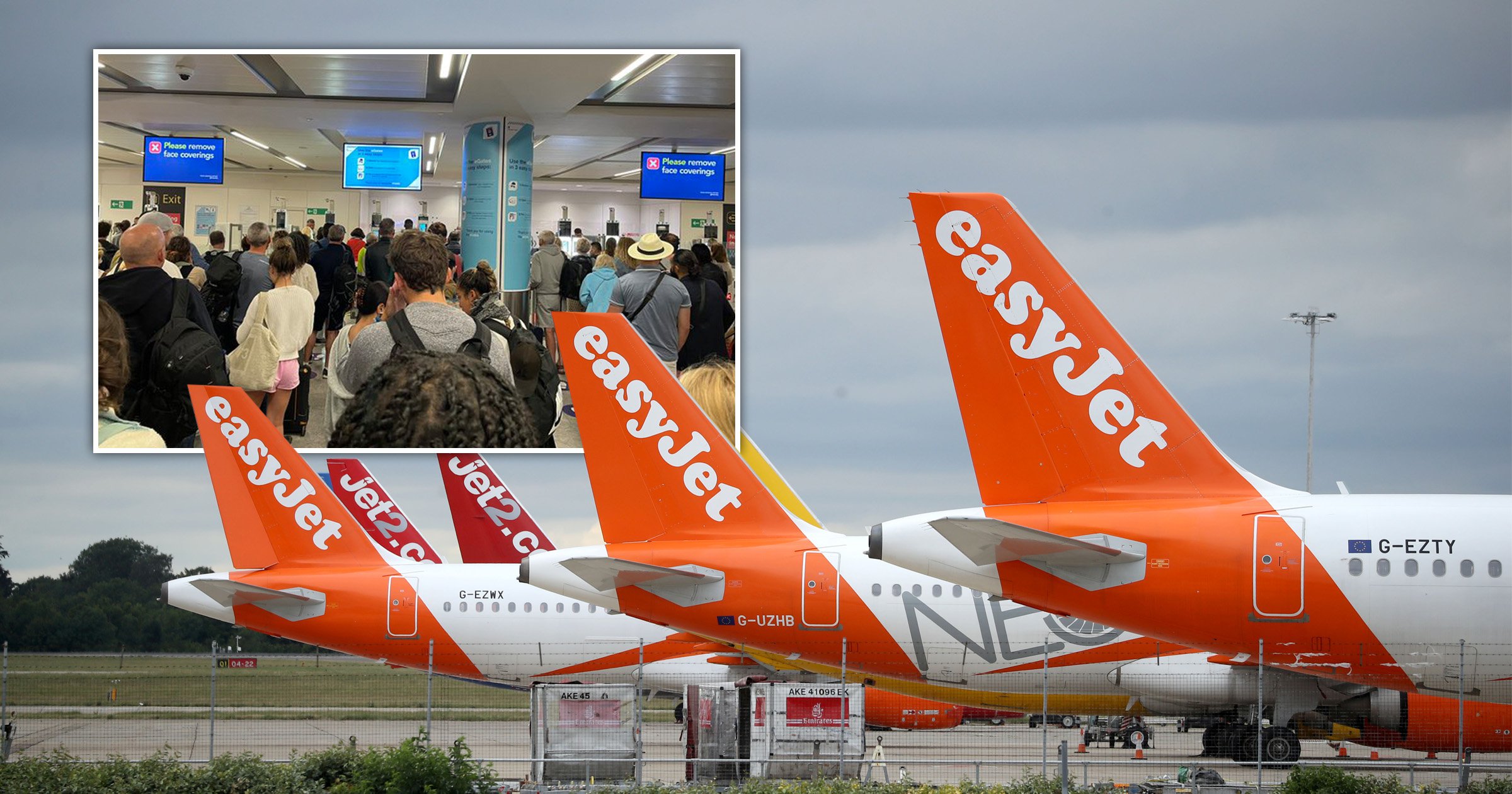 EasyJet passengers have been left stranded across Europe for a second day in a row.

After some 200 flights were suddenly scrapped due to a software failure yesterday, there are further delays and cancellations this morning.

According to the airline’s flight tracker, flights from Gatwick Airport to Belfast, Amsterdam, Berlin and Barcelona have already been axed.

Planes due to depart between 1pm and 3pm UK time yesterday were initially affected but easyJet later said the disruption could last longer.

There were long queues and scenes of chaos at airports – including its biggest base at Gatwick – and customers have been posting about it on social media.

Jackie Carter took to Twitter yesterday after she and fellow passengers were told their flight was cancelled when they were already on the plane, ready to take off.

‘No compensation is good enough for the poor man who was flying out to attend his mother’s funeral,’ she tweeted.

Devan Lonsdale, 24, from Durham, was due to travel with eight friends from Manchester Airport for a holiday which had already been cancelled due to Covid-19.

Traveller Jonny Harvey also wrote on Twitter: ‘easyJet’s treatment of passengers at Belfast has been scandalous.

‘There should acknowledgment that when people fly somewhere it’s for a bigger experience than just a flight and these cancellations take an emotional toll which should be processed with the best of customer service.’

Anna Finch, who shared shocking photos from the airport she was at, said this was ‘the worst experience ever’ and staff were ‘clueless and unhelpful’.

In an updated statement, the airline said its earlier IT systems issues have now been rectified.

‘Unfortunately, they resulted in some cancellations earlier today and while we expect to operate most of our remaining flying programme some may still be subject to some disruption in the coming hours,’ easyJet added.

‘We advise customers due to travel with us to continue to check Flight Tracker for the status of their flight before making their way to the airport.

‘We apologise for the inconvenience caused and customers can apply for compensation in line with regulations.’

Scotland qualify for first major tournament since 1998 after beating Serbia