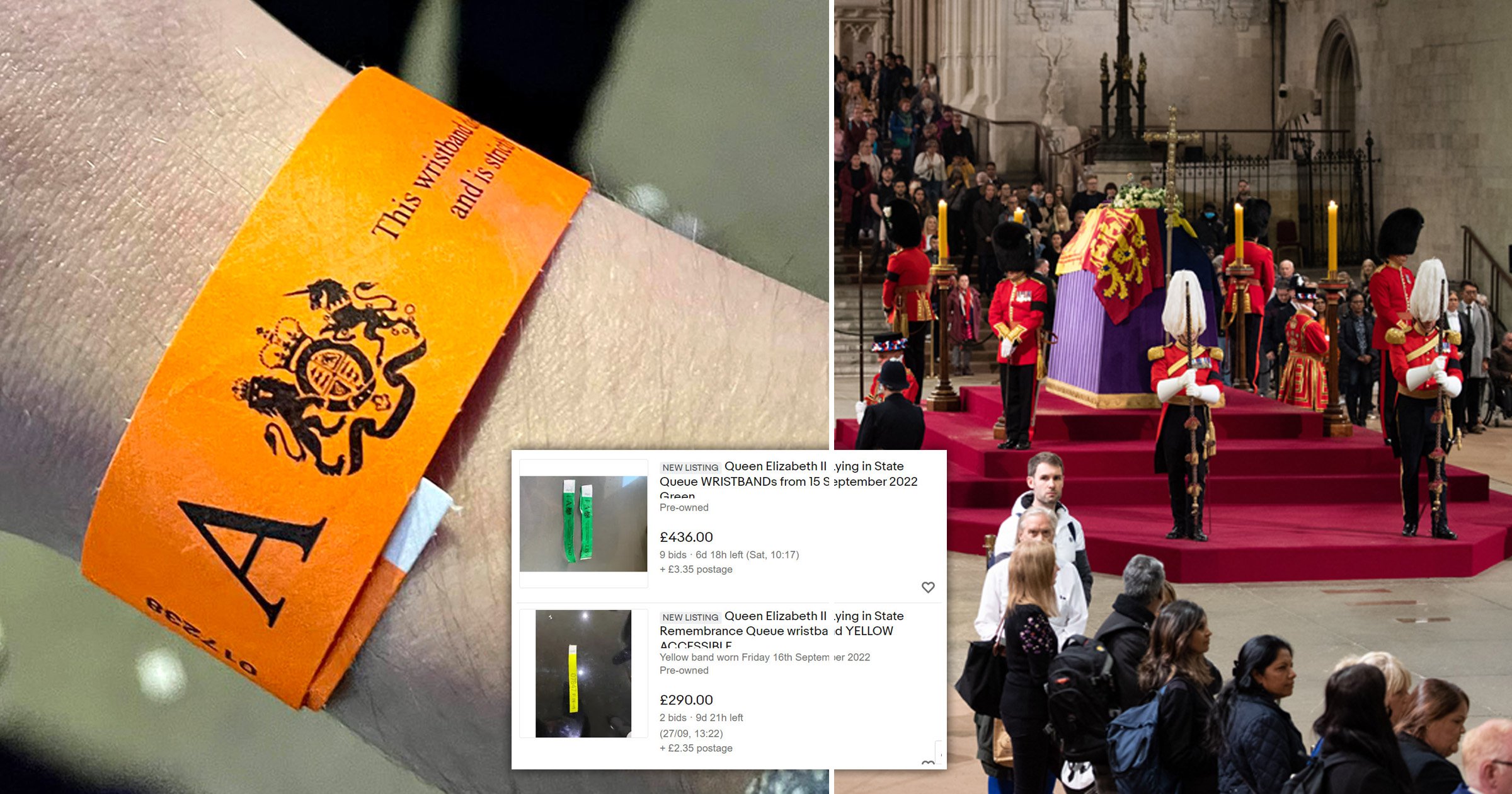 Ebay has banned sales of the Queen’s lying in state queue wristbands after prices soared.

The website stepped in when fees for the second-hand wristbands reached £70,000 after people listed them following their visit to see Her Majesty’s coffin at Westminster Hall.

Dozens of coloured bands given to people joining the queue were being offered as memorabilia on the online auction website.

The bands allowed members of the public to go and get food and drink, visit the loo and then rejoin the queue.

But after paying their respects to Her Majesty, some people decided to cash in on them.

As new items were being listed every few minutes, bids soon began racking up – with some people bidding tens of thousands of pounds for a single wristband.

Some were even selling bundles of multiple tickets, leaflets and newspapers from the days surrounding the Queen’s death.

However, eBay removed dozens of listings for wristbands.

An eBay spokesperson said: ‘These items are against our policies and we are removing them from our site.’

The site’s event ticket policy prohibits the sale of most tickets, including those for events that are free to the public.

Other remembrance items have also been sold online after the Queen’s death, including commemorative mugs and coins.

Memorabilia of monarchs was made popular under Queen Victoria’s reign – when pendants and medallions were created to mark the passing of the last longest reigning monarch.

The Queen’s lying in state at the Palace of Westminster opened to the public on Wednesday.

The longest reigning monarch’s coffin will remain in Westminster Hall for the public to view until 6.30am on Monday, ahead of the state funeral in Westminster Abbey, with Sunday likely the last chance to join the queue.