Barclays has reported that card figures show that the total spending was up 15 percent in the first week of the reopening of non-essential businesses compared to pre-pandemic figures. Consumers have been spending at levels similar to last summer’s, according to the data retrieved by the universal bank.

Google data showed that footfall in hospitality and retail businesses is down 30 percent in relation to pre-pandemic levels.

Nonetheless, it saw a sharp increase from a 60 percent slump recorded in February.

Fabrice Montagné, Barclays UK economist, commented on the findings, which he said will be favourable for jobs and investment. 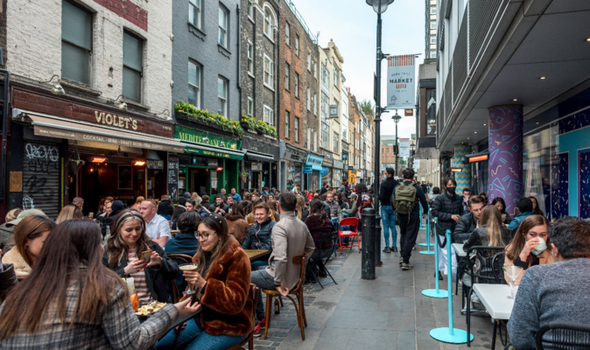 He told the Telegraph: “High street clothing and footwear recorded an impressive jump, coming in well ahead of strong spring sales usually recorded between May and June.

“We are heartened by the impressive strengthening in consumer and business confidence in recent months, which bodes well for investment and employment.”

Earlier this month, an ONS spokeswoman provided a positive outlook for the uptick in UK GDP and growth.

She said: “The economy showed some improvement in February after the large falls seen at the start of the year but remains around 8 percent below its pre-pandemic level.

“Wholesalers and retailers both saw sales pick up a little, while manufacturing improved with car producers experiencing a partial recovery from a poor January. 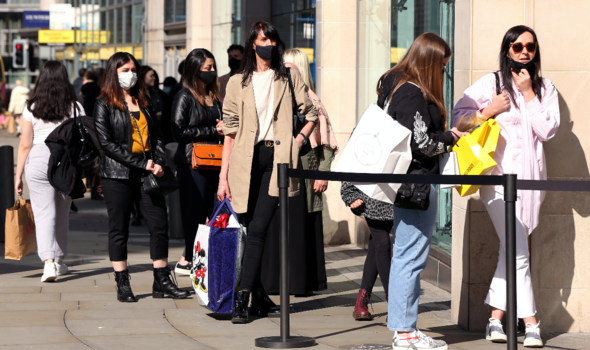 “Construction grew strongly after revised figures showed they had struggled in the last couple of months. Exports to the EU recovered significantly from their January fall, though still remain below 2020 levels.

“However, imports from the EU are yet to significantly rebound, with a number of issues hampering trade.”

According to the ONS, the UK’s GDP grew by 0.4 percent in February after a 2.2 percent decline in January.

Although analysts forecast a larger increase in GDP this month, they also revised down the slump in January from 2.9 percent to 2.2.

In terms of exports to the EU, goods rose by 47 percent in February while imports were up by seven percent.

Princess Charlotte’s feisty side revealed by Prince William – ‘She says she is 16!’

Meghan and Harry’s eye-watering payday: Sussexes set to cash in on HUGE profits

‘We’re going to roll out the red carpet!’ How UK will attract best scientists post-Brexit