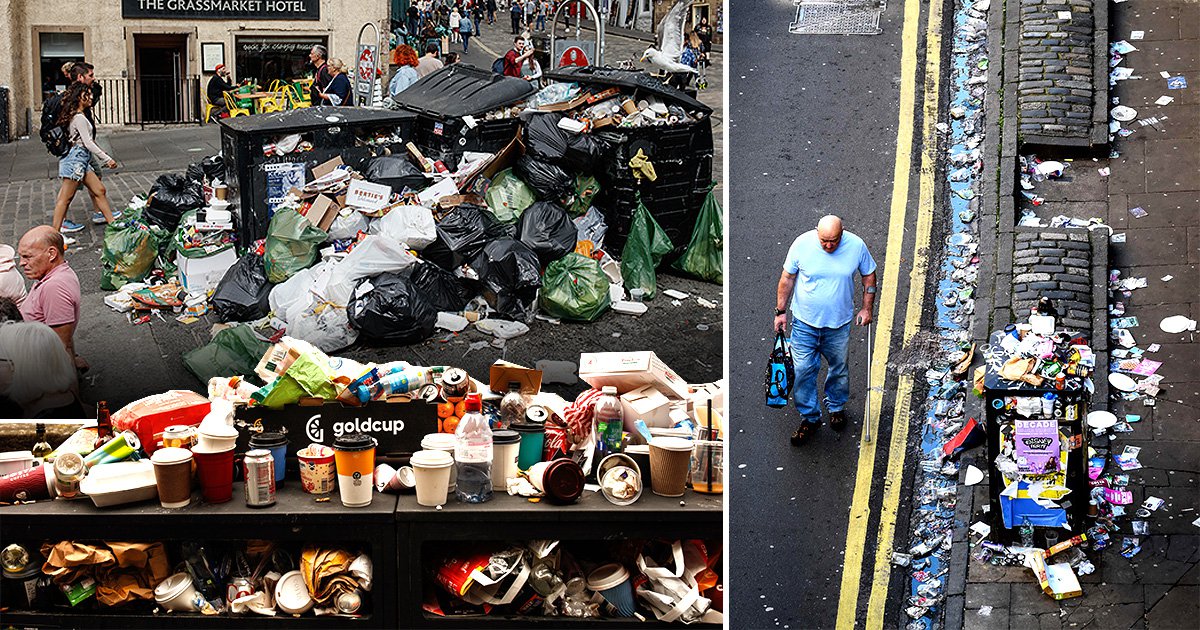 There could be a ‘massive expansion’ of rats, mice and seagulls in Edinburgh if the city’s rubbish strike isn’t resolved soon.

Mountains of waste have built up across the Scottish capital in recent days.

The rubbish, and its associated smell, has hampered the ongoing Edinburgh Fringe Festival which sees thousands descend on the city’s cobbled streets.

Terry Levinthal, the director of the Cockburn Association, told the BBC there could be a ‘massive expansion’ of vermin such as rats if a solution is not found.

Pests such as seagulls, pigeons and mice could also become an increasing worry.

Mr Levinthal said: ‘We’ll see, as a result of it, that in a few weeks’ time there will be a massive expansion in the population of vermin because there is just so much food on offer.’

The strike has been prompted by disagreements over local government pay between the Scottish Labour-run Edinburgh City Council and cleaning staff.

Workers walked out last week to coincide with the summer festivals taking place in the city.

Waste workers in 13 other local authorities, including Glasgow, Dundee and Aberdeen, are also preparing for strike action.

Unions want the Scottish Government to step in and find more cash to resolve the pay dispute.

Asked about the impact of the strike in Edinburgh, Mr Swinney said today: ‘I think the condition of the city of Edinburgh just now is deeply concerning on a host of levels, not least in relation to public health.

‘So I acknowledge the significance of the issue which is why I want to see the industrial action resolved, why I would prefer it didn’t spread to other parts of the country.’

He added that the Scottish Government had already provided £140 million to councils – with this cash helping fund the improved offer of 5%.

Scottish Labour leader Anas Sarwar has faced a grilling today. He responded to accusations of failing to criticise Edinburgh Council over the bin strikes after he suggested anger during last year’s Glasgow bin strike should be directed at the local SNP council.

Asked by PA if that was a fair accusation, Mr Sarwar said: ‘Governments are missing in action, but I’m not in government. I would love to be in government.

Wendy Dunsmore, of Unite, said Scottish ministers needed to match the £1,925 pay rise being given to local government workers in the rest of the UK.

The 5% on offer will see workers in Scotland receive an average of £900 a year more she said, as she insisted the unions were ‘here for the long haul’.

First Minister Nicola Sturgeon has already made clear the Scottish Government does not have a ‘bottomless pit of money’ to resolve the dispute.

Any rise needs to give ‘proper recognition that there is a crisis out there for low-paid worker’, Ms Dunsmore insisted.

Man rushed to hospital after being stabbed multiple times