Prince Edward says he is 'trying to avoid' shaking hands

Prince Edward was seen avoiding giving handshakes to mourning people during a walkabout this afternoon. Joined by his wife Sophie, Countess of Wessex, the Queen’s youngest child greeted members of the public outside Buckingham Palace. The crowd cheered at the couple as they emerged from the palace, and the Earl of Wessex, 58, approached people and chatted with them. Although he refused to shake hands with some people that offered theirs.

Edward responded to well-wishers who offered their hands in a handshake by saying that he is “trying to avoid it”.

One person was left confused when Prince Edward ignored his hand and asked him “No?”. The Prince reluctantly shook their hand, and then they offered their other hand too.

In conversations with the crowd, Edward could be heard asking mourners where they had come from and whether they were making their way to Green Park to lay flowers.

Moreover, the Earl of Wessex told mourners the Queen would “appreciate” the number of people paying their respects.

People could be heard telling Edward and Sophie “sorry for your loss”: to which he replied: “I know that my mother would really appreciate this fantastic support”. 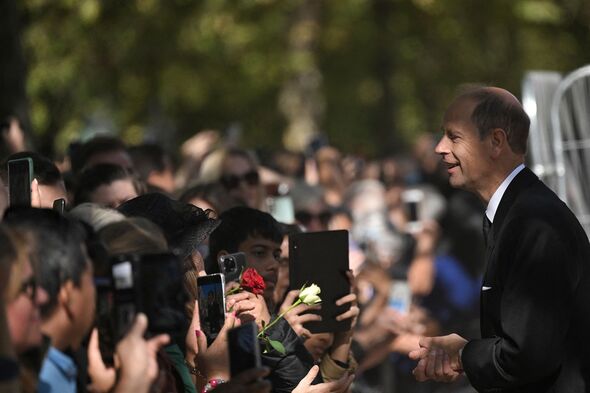 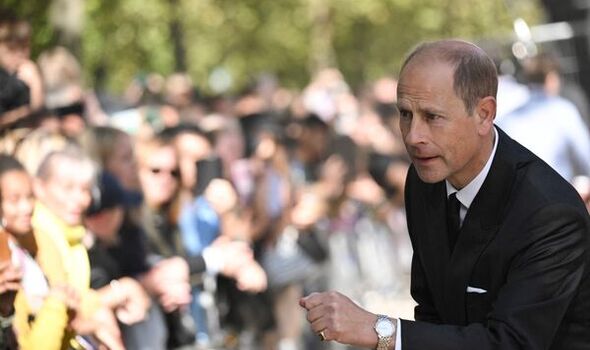 Meanwhile, his wife Sophie was given bouquets and a stuffed toy as she shook hands with those gathered.

Senior members of the Royal Family including the King himself have engaged with members of the public gathering outside royal residences and in the queue to see the Queen’s lying-in-state.

King Charles and his son William shook hands and greeted well-wishers who had queued for hours in central London on Saturday to file past the coffin of Queen Elizabeth.

The King and his heir were asking people how long they had been there and whether they were warm enough.

The royals spoke to mourners near Lambeth Bridge, as they neared the end of the mammoth line to see the lying-in-state in the historic Westminster Hall. 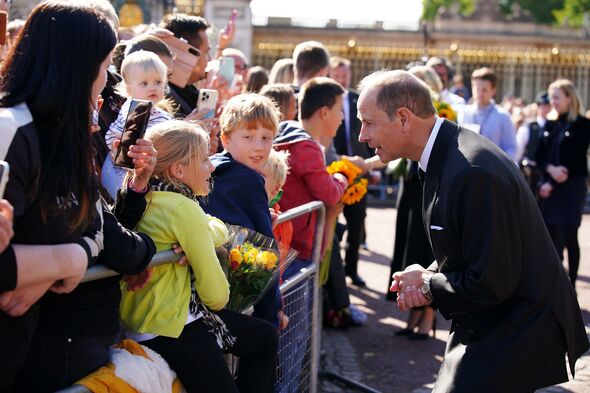 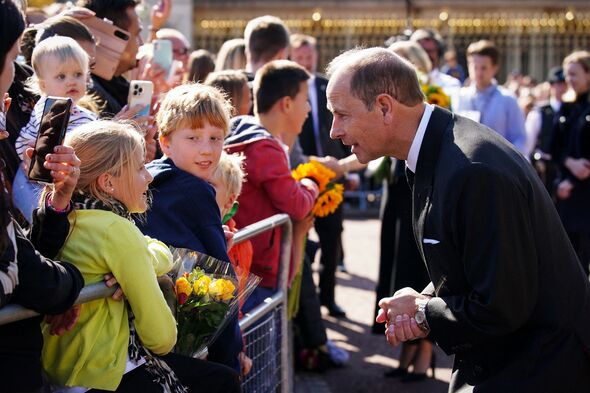 In response, people greeted them with cheers of “hip, hip, hurrah” and shouts of “God save the King”.

William was heard telling one man of the late monarch: “She wouldn’t believe all this, she really wouldn’t. It’s amazing.”

One woman told Charles it had been “worth the wait” and others wished him well when he asked how long they had been standing there.

People continue to flock to central London, adding to the hundreds of thousands who have filed past the coffin in a solemn stream to honour Britain’s longest-reigning monarch – a testimony to the affection in which she was held.

'Ancient' stone circle in Aberdeenshire was actually built in the 1990s