HARTLEPOOL, England (Reuters) – Prime Minister Boris Johnson won the most significant boost of the British election campaign to date when Brexit Party leader Nigel Farage said he would not contest 317 seats where the Conservative Party won in 2017. 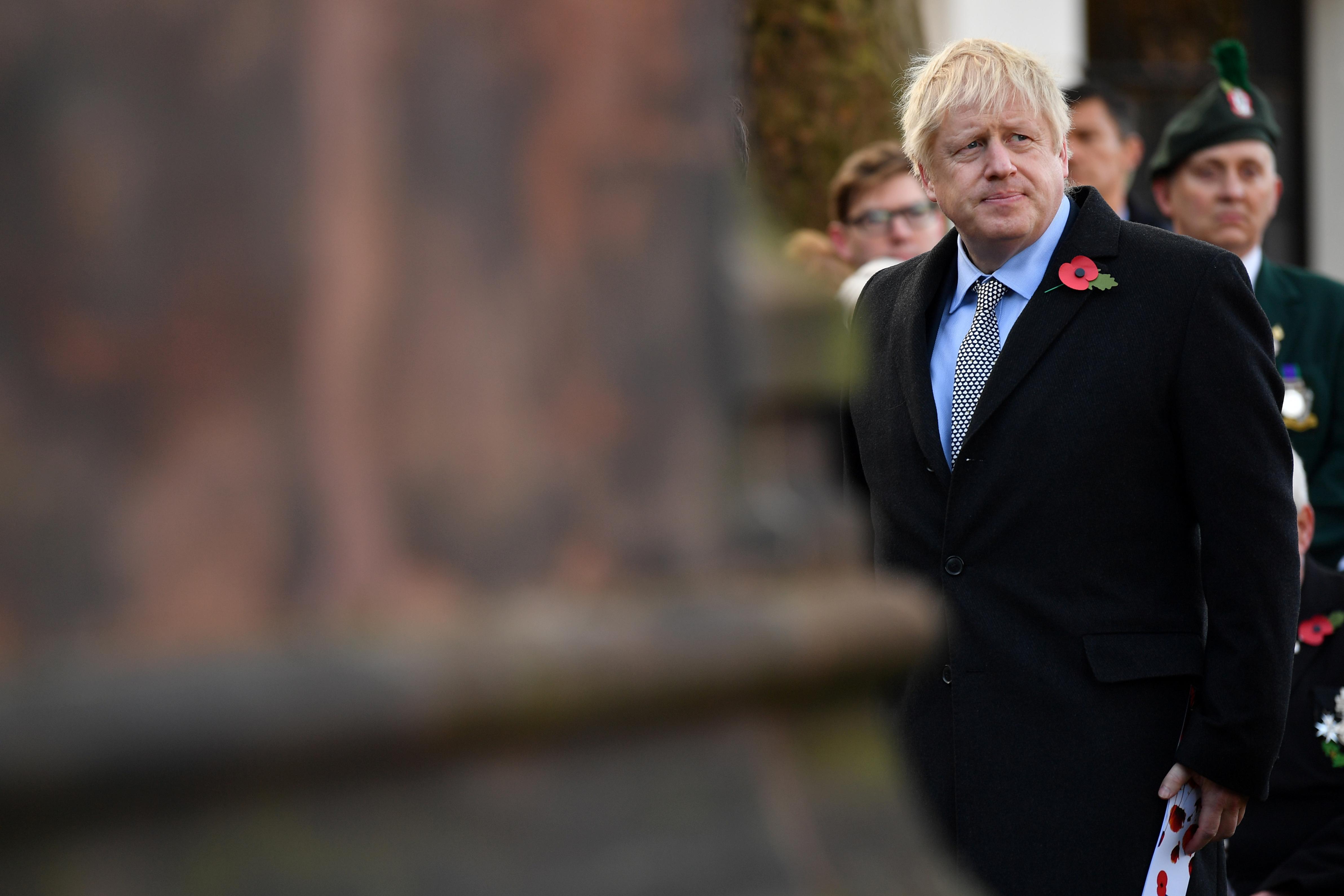 In a move that sent sterling soaring by increasing the chances that Johnson will remain prime minister, Farage said that Brexit was in peril so he would stand down candidates in Conservative-held seats but contest most of the rest – including some where the Conservatives had ambitions of ousting Labour.

“The Brexit Party will not contest the 317 seats the Conservatives won at the last election,” Farage said. A week ago, he had promised to field 600 candidates unless Johnson went for a “no-deal” Brexit.

“But what we will do is concentrate our total effort into all of the seats that are held by the Labour Party, who have completely broken their manifesto in 2017,” he said. “We will also take on the rest of the ‘remainer’ parties.”

The Brexit Party’s threat to Johnson was one of the most unpredictable elements of the election: Farage has transformed British politics over the past decade by poaching Conservative voters to force a succession of prime ministers towards ever tougher positions on Europe.

But in what amounts to a non-aggression pledge and an endorsement of sorts from the man cast by supporters as the godfather of Brexit, Farage spared Johnson the prospect of a right-wing challenge in almost half the 650 constituencies.

Farage will still run in seats held by the opposition Labour Party, opening up the possibility that he could yet be a kingmaker with just a few seats in a hung parliament.

Johnson welcomed Farage’s move, which rivals said made the Conservatives in effect an ally of Farage’s hard-Brexit party.

Opposition Labour Party leader Jeremy Corbyn said the move meant Farage’s friend U.S. President Donald Trump had got his wish – shared on a live radio interview with Farage – for a alliance between Farage and Johnson.

Sara Hobolt, a professor who specialises in polling at the London School of Economics, said: “If I was Boris Johnson, I would be pretty pleased by this.” Sterling leapt as much as 1% against the U.S. dollar GBP=D3 and rose to a six-month high against the euro GBPEUR=. [GBP/]

Farage began the campaign last week by warning Johnson that he could snatch away a Conservative victory by fielding 600 candidates. But he came under intense pressure from financial backers who feared that Farage might scupper Brexit altogether.

After weeks of complaining about Johnson’s Brexit deal, he reversed course on Monday, saying that a video showing Johnson pledging not to extend the post-Brexit transition period beyond the end of 2020 had changed his mind.

“I thought to myself overnight that actually sounds a bit more like the Brexit that we voted for,” said Farage, 55.

“It is not easy, but how do we hold Boris to his promises?” he said. “That is the key whether this strategy actually works.”

It was a rare compromise for a man who has made a career out of forcing the hand of Conservative prime ministers.

The perceived electoral threat to the Conservatives from the United Kingdom Independence Party that Farage used to lead was one of the main reasons why then-prime minister David Cameron decided in 2013 to promise the Brexit referendum. 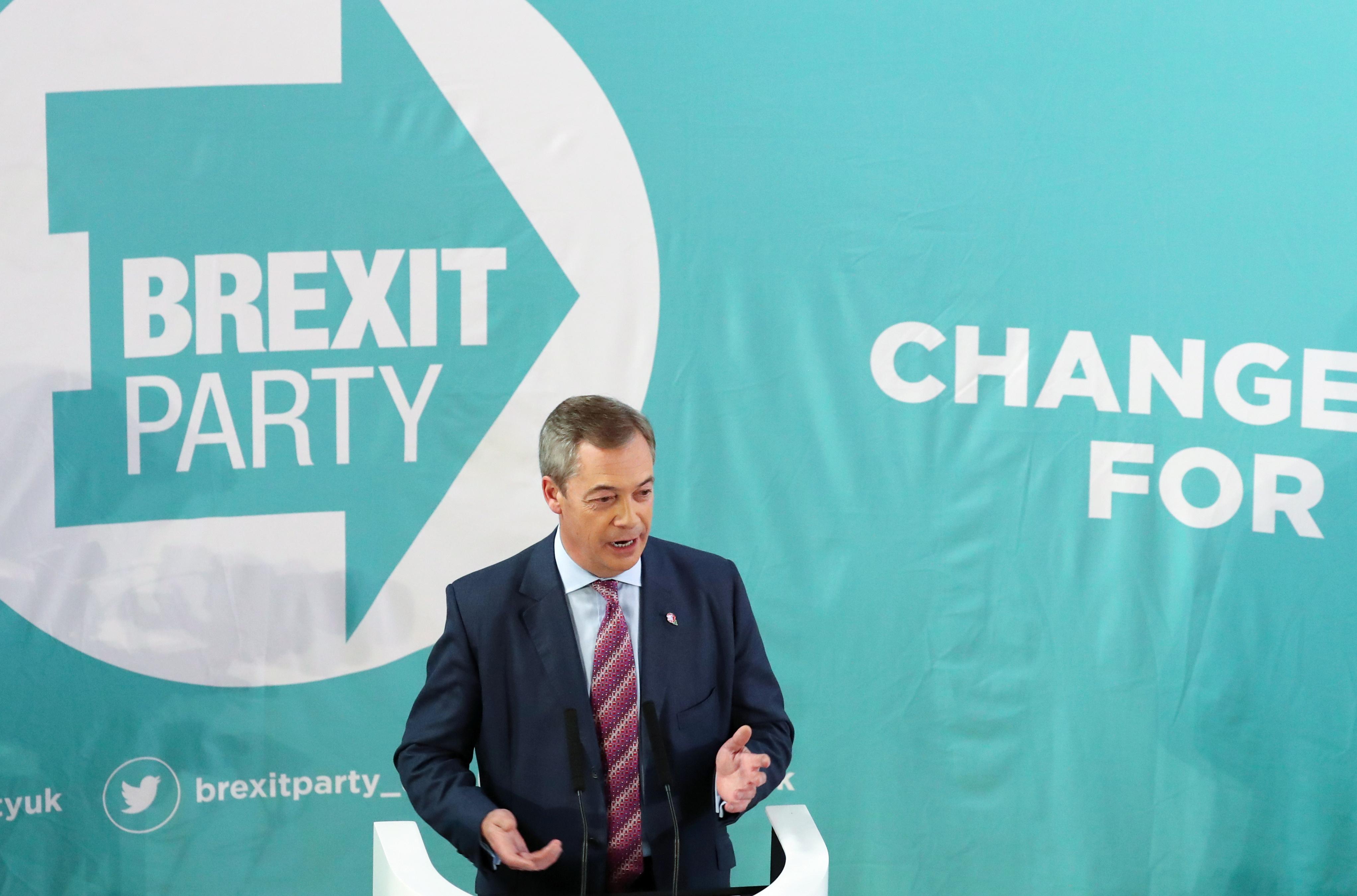 Shunned by the political establishment, Farage, backed by eurosceptic financiers, helped sell Brexit to millions of voters in England and Wales who felt ignored by Conservative and Labour alike.

Farage said he had tried for months to build a “leave” alliance:

“I have genuinely tried for months to put about the idea that ‘country before party’ at a moment like this is the right thing to do. But that effectively has come to nought.”

Russia's Putin says he has a cold, assures officials it is not Covid-19