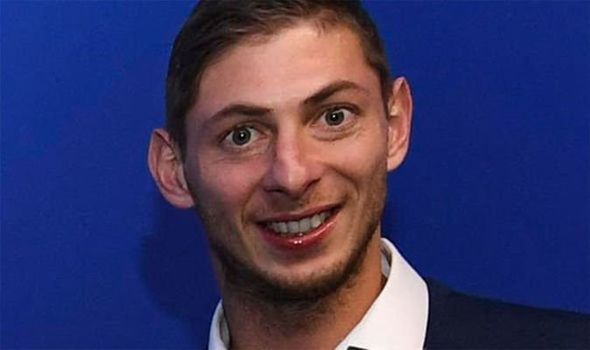 The Premier League footballer died in a plane crash earlier this year on the way to his new club Cardiff.

Police confirmed that a man and a woman have been arrested over a leaked morgue photo of Sala that was shared online.

In a statement, Wiltshire Police said: “On February 7 2019, a post-mortem examination of Emiliano Sala was conducted at Holly Tree Lodge Mortuary in Dorset.

“On February 13, Dorset Police became aware of an image on Twitter purporting to show the post-mortem of Emiliano, and an investigation was launched.

“The image had been swiftly removed by Twitter, but unfortunately it had been circulated extensively on various social media sites by this time.

“As part of the enquiries by Dorset Police, a warrant was obtained for an address in Wiltshire and, on February 18, this warrant was executed by officers from the Digital Investigations & Intelligence Unit within Wiltshire Police.

“A 48-year-old woman from Corsham was arrested at the scene on suspicion of unauthorised access to computer material (an offence under the Computer Misuse Act) and malicious communications, and is currently released on conditional bail.

“As the police investigation continued, a 62-year-old man from Calne was also arrested on suspicion of unauthorised access to computer material, and is currently released under investigation.

“Wiltshire Police have been liaising with Dorset Police, the HM Coroner for Dorset, Bournemouth Council (now BCP Council) and the Holly Tree Lodge Mortuary as enquiries progressed. Emiliano’s family have also been kept informed throughout this investigation.

Woman awarded £75,000 after op leaves her 'unable to wear high heels for life'