Emma Raducanu is one match away from winning the US Open after making history as the first qualifier to reach a Grand Slam final.

Raducanu, 18, earned a place in the record books by defeating 17th-seeded Maria Sakkari 6-1, 6-4 in straight sets during a stunning semi-final on Thursday night.

Now the British tennis sensation, ranked 150th in the world, will face Canadian rival, Leylah Fernandez, 19, in the fight for the title at Arthur Ashe Stadium on Saturday. 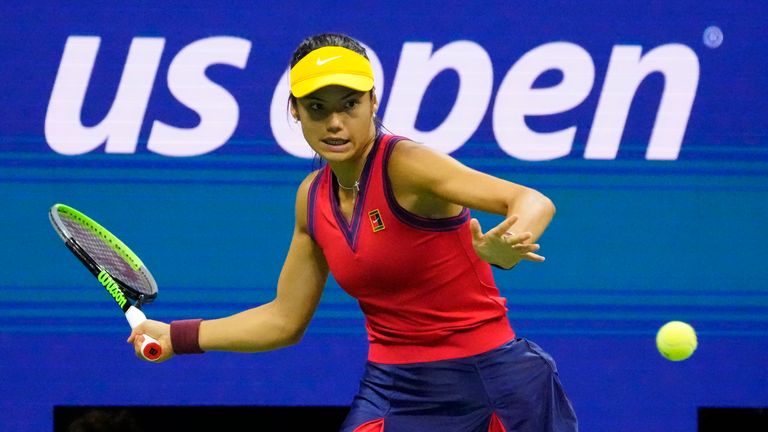 It will be the first major final between two teens since the 1999 US Open, which saw Serena Williams, 17, thrash 18-year-old Martina Hingis.

Here’s 10 reasons why Raducanu can claim victory in tonight’s match. 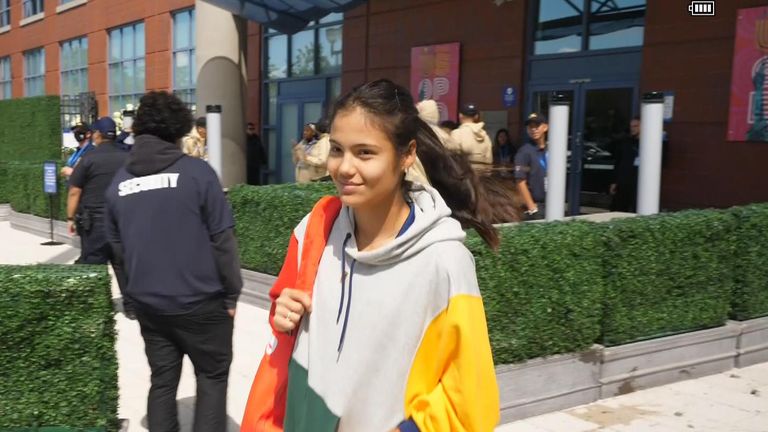 She hasn’t dropped a single set

Over nine matches, including three qualifying games, to reach the main draw, Raducanu has yet to concede a single set at Flushing Meadows.

Meanwhile, Fernandez has been forced to play three sets in her last four matches. Both Raducanu and Fernandez are unseeded at the US Open, and appear unflustered by better-known and more successful challengers.

But when asked about expectation to win the final, Raducanu joked: “I’m a qualifier so there’s no pressure on me!” Raducanu is the youngest Slam finalist since Maria Sharapova won Wimbledon, aged 17, in 2004.

Sakkari, 26, said of both US Open finalists: “They are both young. They play fearless.

“They have nothing to lose playing against us.”

And Raducanu agrees: “Being young, there is an element of you do play completely free.”

Neither has reached a Grand Slam final, meaning it will be an equally new experience for both.

Raducanu made it to the fourth round in Wimbledon, her only previous major tournament, before pulling out in the second set due to breathing problems.

Fernandez’s best past performance at a Slam was reaching the third round at Roland Garros last year. Both women first met when they were playing in under-12 tournaments – before clashing in the Wimbledon junior tournament’s second round in 2018.

Raducanu won three years ago – with fans believing she can do the same again when they share a court for the first time in a tour-level match, albeit with much more at stake.

Raducanu has already proved she is fresher than Fernandez.

Despite playing nine games compared to her opponent’s six, the Brit has spent less time on court – beating all of her competitors in less time than the Canadian’s shortest win, one hour and 45 minutes, over Croatian Ana Konjuh in the opening round. 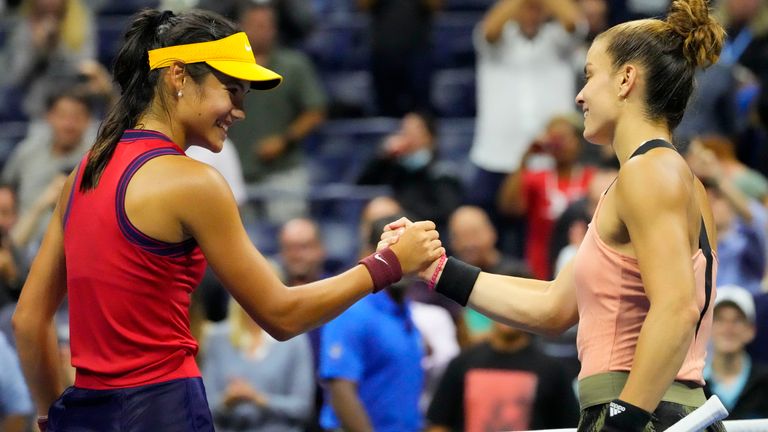 Raducanu obliterated Sakkari, a highly experienced rival, in 84 minutes in what has been hailed a “gladiatorial” performance.

Virginia Wade, the last British woman to reach this stage of the US Open 53 years ago, is in no doubt of Raducanu’s talent.

“She is a star, no question,” Wade told Sky News.

“I think that she’s one of the people who looks good young and will always be one of the top contenders.”

Raducanu, the youngest British major finalist in 62 years, can count on the nation’s support, with Kate Middleton, Boris Johnson, Liam Gallagher and Marcus Rashford congratulating the teen on her semi-final win.

The Duchess of Cambridge praised Raducanu’s “incredible achievement”, tweeting: “We will all be rooting for you.” 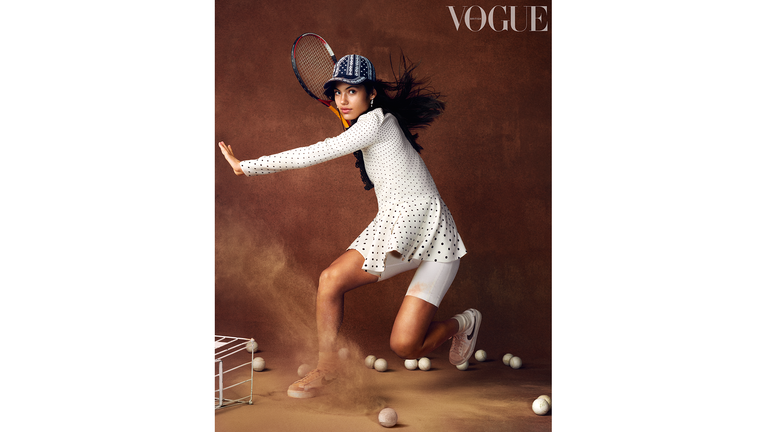 Raducanu told Sky News how she was “feeling good” when she arrived for a practice session ahead of the US Open final on Friday.

But despite her extraordinary achievements, Raducanu remains extremely humble.

Speaking on court after her win, she said: “I knew I had some sort of level inside of me that was similar to these girls, but I didn’t know if I was able to maintain it over a set or over two sets.

“To be able to do it and play the best players in the world and beat them, I honestly can’t believe it.”

And she has credited her “amazing” team in New York for her incredible success. Before reaching the US Open, Raducanu’s career winnings totalled around £219,591.

But her place in the final has guaranteed her a runners up prize of at least £900,000 – while winning the title would earn her £1.8m.

Now she is on course to eclipse the popularity of many fellow sports stars, with some tipping her to be as “famous and well-known as Rihanna” – while her success has already earned her a feature in British Vogue.

France has lowest levels of trust in vaccines globally: Survey

Italy and E.U. Reach a Budget Deal, as Populist Plan Runs Into Reality