Some of the most disadvantaged children in London may not return to school in September because of transport costs, teachers have warned.

Pupils in the capital will have to pay to get to school after the Mayor of London, Sadiq Khan, suspended free transport for under-18s as part of a bailout deal with the government.

The change is due to come into force before September, when schools return. 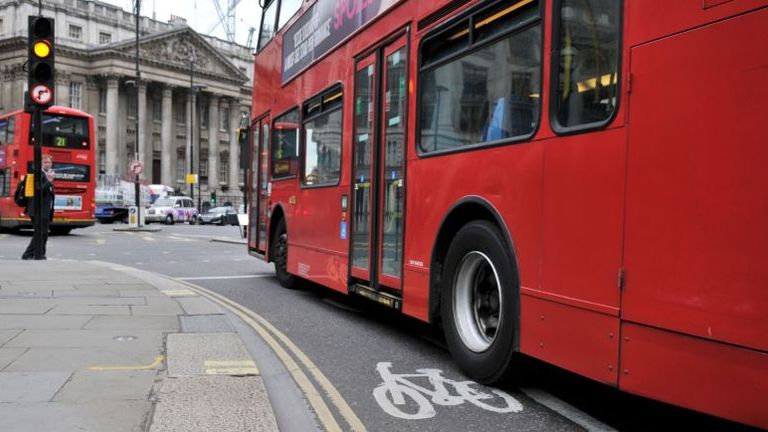 Mr Khan has called on ministers to reconsider the changes, which a spokesman for the Department of Transport (DfT) said form part of a plan to restrict the number of young people using buses and other transport in the wake of the global COVID-19 pandemic.

But teachers and pupils have told Sky News that suspending free transport will force some students to stay at home because they can’t afford the extra cost.

He told Sky News it would be difficult for students whose parents have lost their jobs to find the extra money, and he warned social distancing restrictions on buses will mean he has to set off far earlier in order to be on time.

Most students in London use public buses and trains to get to school, paid for by Transport for London.

But as part of a £1.6bn bailout package for the struggling network, the government imposed a number of conditions – one of which is the removal of free transport for children.

Sources within government said this is part of a plan to reduce the number of children and teenagers on buses to curb the spread of the virus, but the consequences of the decision mean those from the poorest backgrounds will be forced to pay to get to school.

A DfT spokesman said those most in need will be eligible for free transport but the cost would have to be covered by the local council, adding to spiralling costs already faced by local government.

Mr Khan said it would cost more to means-test each child in the capital than it would to continue the free travel card.

The DfT spokesman said: “The decision to suspend under-18 travel is a temporary measure to help tackle the spread of COVID-19 and reduce the risk of crowding on our transport network.

“We will also be ensuring that the concession for children eligible under national legislation for free home-to-school travel will continue.”

Coronavirus cases: London past peak for rest of UK ‘not out of danger’

Meghan’s hollow victory and the court of the public opinion