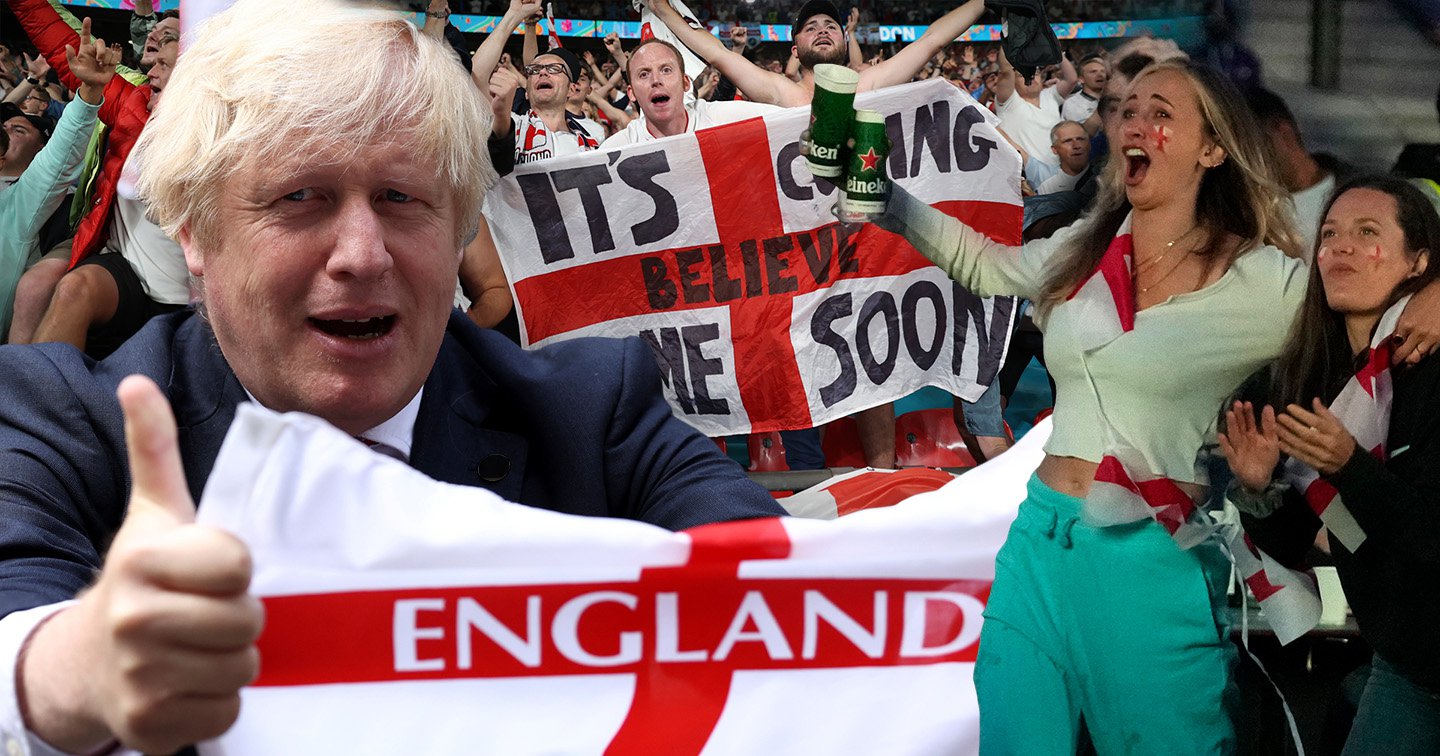 Boris Johnson could declare a four-day bank holiday in August if the Three Lions triumph over Italy at the Euro 2020 final tonight.

The Prime Minister is thought to be considering making Friday, August 27 an extra public holiday in England – to coincide with the long weekend at the end of the summer.

Mr Johnson has refused to announce the bank holiday before England’s fate is revealed in a bid to avoid ‘tempting fate’.

It comes as a petition signed by almost 360,000 people called for tomorrow to be declared a bank holiday across the UK if England win.

In order for a bank holiday to be officially declared, the Queen must approve the plans by dialling in to a last-minute Privy Council meeting from Windsor Castle, according to The Telegraph.

But a senior government source reportedly told the newspaper the likelihood of that happening was remote –adding that no extra bank holiday plans had been made.

Another option is thought to be July 19 – dubbed Freedom Day – when all lockdown restrictions will be lifted.

However Downing Street are said to be concerned the date, just eight days away, will not give businesses enough time to prepare.

The Prime Minister is expected to confirm tomorrow whether lockdown will end as planned.

However vaccines minister Nadhim Zahawi revealed today that face masks would still be expected in indoor enclosed spaces, even after July 19.

The organiser of the petition said it would be ‘beneficial and sensible’ to give the nation a day off tomorrow.

They wrote: ‘Sunday 8pm is a difficult time for families to plan to be together for the event – knowing we have an additional day off the next day would significantly help this.

‘Furthermore, a historic win should be celebrated. It would be expected for the winning team to parade the trophy, and a Bank Holiday would be a perfect time to do this.

‘Also, English people would naturally want to continue to enjoy the win, giving the retail and leisure industry a much-needed opportunity to make up lost revenues.’

All petitions on the parliament.uk website which hit 100,000 signatures will be considered for a debate.

The government will respond to any campaigns which are backed by 10,000 people or more.

Prince William will be among 65,000 fans cheering Gareth Southgate and the Three Lions in tonight’s historic match.

The Duke of Cambridge wished the squad the very best of luck and urged them to ‘bring it home’ as they go for glory.

List of 12,000 Nazis probed for loot in Swiss bank