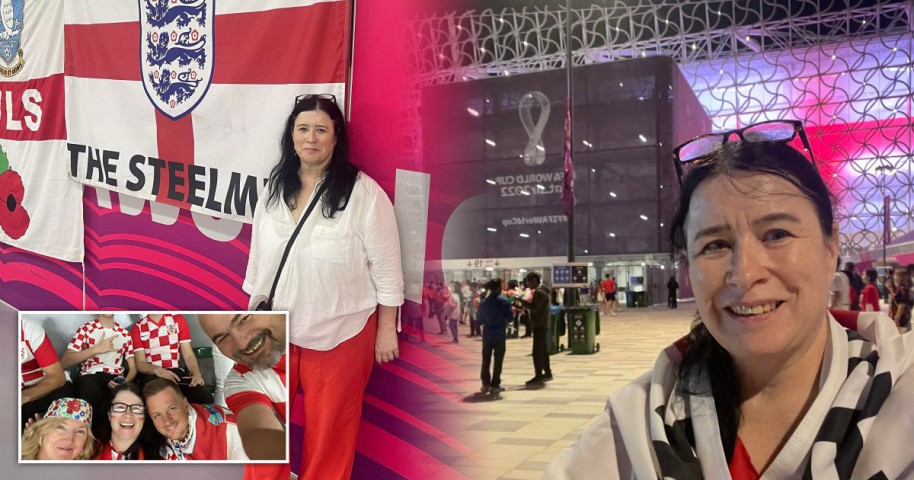 An England fan has completed her goal of visiting all eight World Cup stadiums after moving to Qatar so she could take in the FIFA games.

Debbie Perera said being a lone female supporter had not had any bearing on what has turned out to be a ‘brilliant’ competition.

The Redcar Athletic FC fan relocated to Doha to work as a maternity practitioner, giving her a base to take in her first finals after watching football in 14 countries.

She praised the Qatari hospitality and meeting of fans from around the world but said a meat pie and a Bovril at the Steelmen’s ground still beats the stadium catering.

Debbie, 57, has taken in all of England’s games as well as other matches including Argentina’s 3-0 quarter-final triumph over Croatia on Tuesday.

‘The World Cup has been brilliant,’ she said. 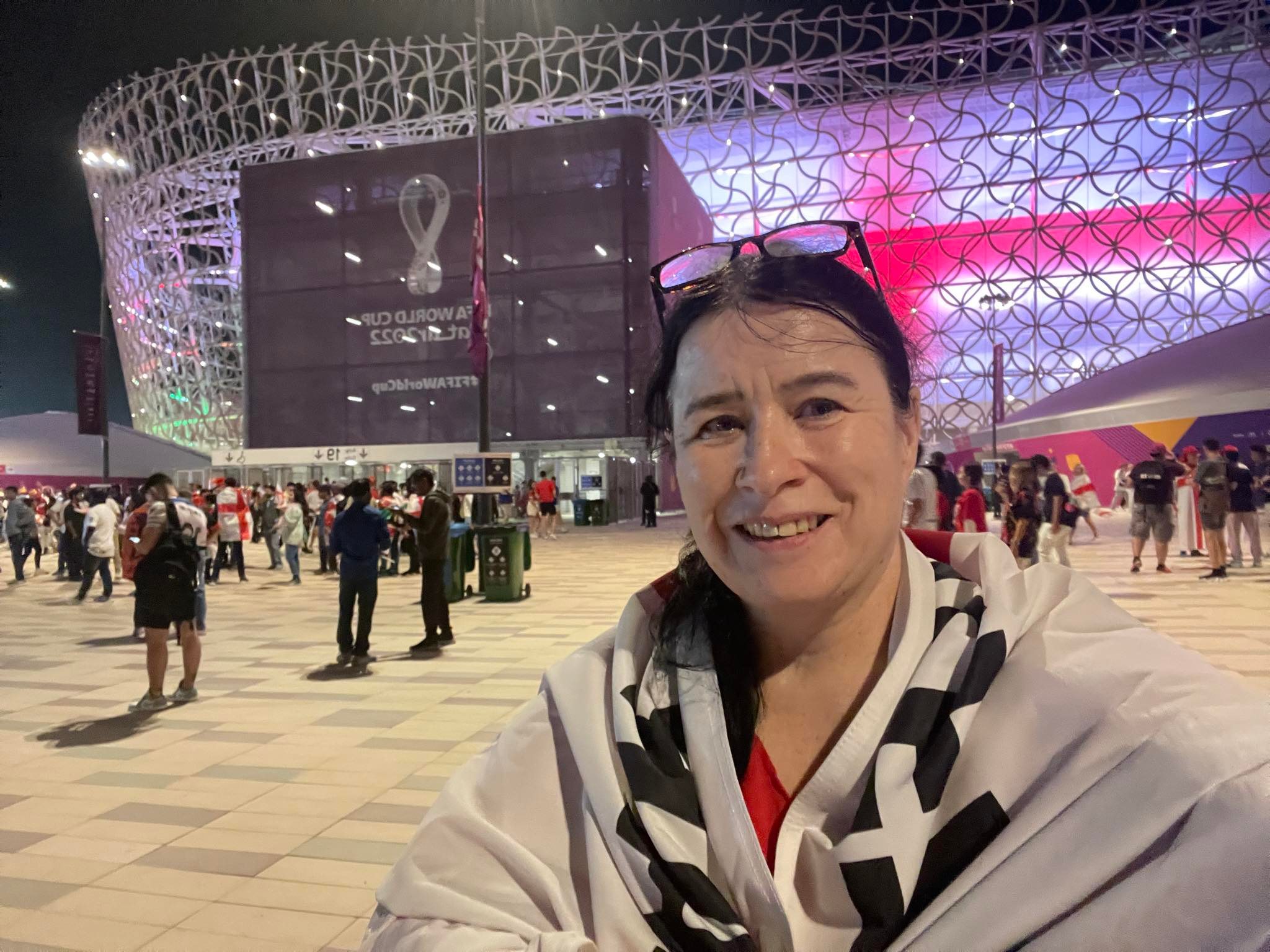 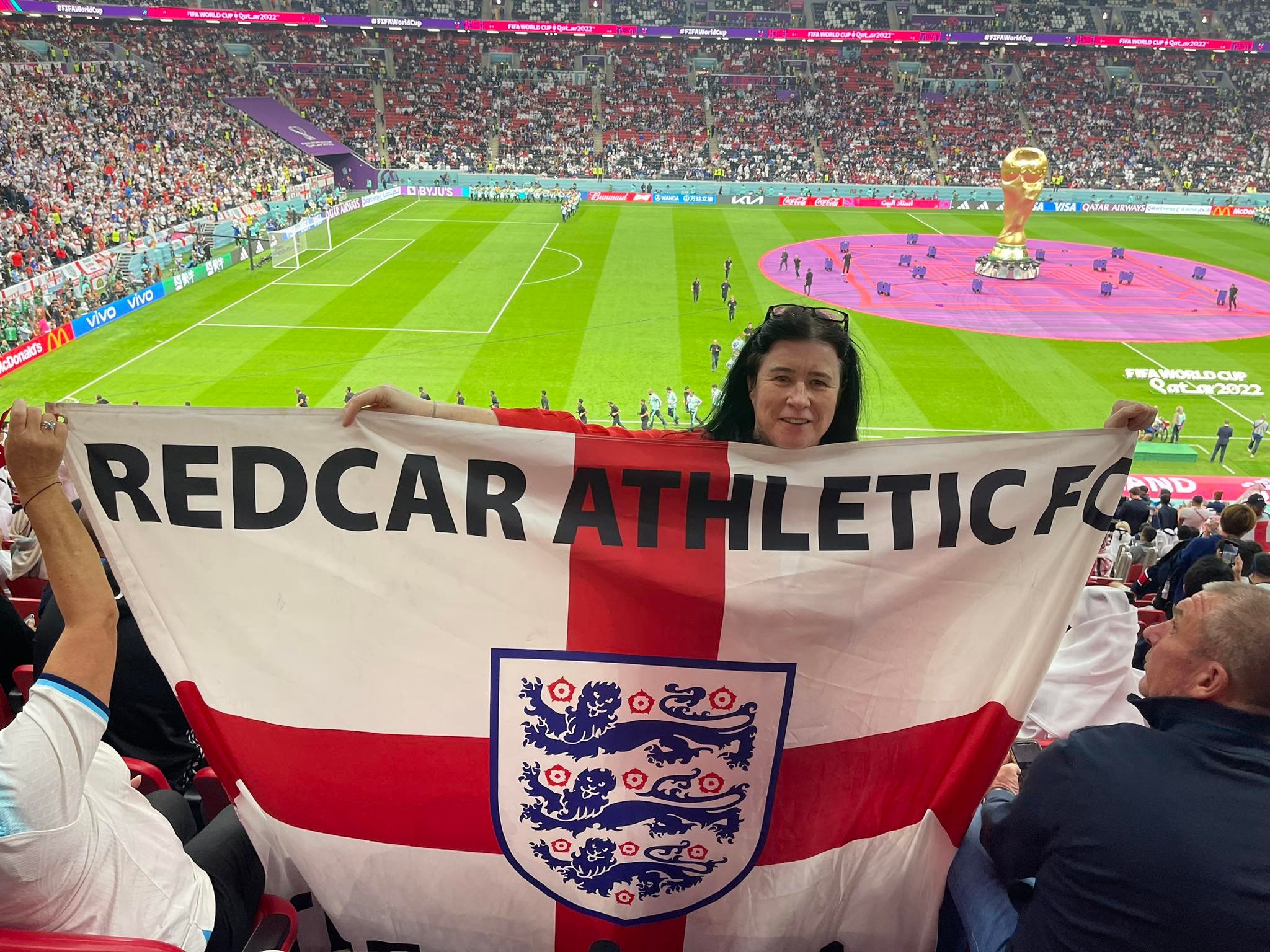 ‘The chance to meet that many people from so many places doesn’t happen every day. I’ve learned that we are all the same, no matter what your religion or where you are from, we are all ordinary people wanting to enjoy our lives and help each other.

‘The highlight was seeing Messi play in the win over Croatia, he was on fire.

‘To actually watch him in real life and to be right there behind the goal for his penalty after seeing him so many times over the years on TV was an unforgettable experience.’

Debbie, originally from Teeside in the north of England, told Metro.co.uk that the 44,000-capacity Stadium 974 and Khalifa International Stadium, where the Three Lions played Iran, were her favourite venues.

It’s a million miles away from Redcar,’ Debbie said.

‘You can’t compare the two but people have asked me about the Steelmen and I’ve been able to tell them about the British non-league and how our game is not all about big money.

‘One thing is that the catering hasn’t been great in the stadiums and you can get a nice meat pie and Bovril at Redcar.’

Debbie, who is divorced with four children and five grandchildren, had a previous spell living in Qatar and has spent 12 years living in the Middle East on and off. She began going to games when she was 11 and has watched football across the world, including in Saudi Arabia.

‘Because I was in Qatar seven years ago I wanted to see how much the stadiums have changed and generally what they are like inside,’ she said.

‘Lusail didn’t exist back then and now it’s a city in its own right.

‘I wanted to compare and contrast but I didn’t imagine I would get tickets to games at each of the stadiums.’

Ahead of the tournament, fans in the UK expressed misgivings about how women would be treated in the conservative Muslim emirate along with fears about the reception expressions of LGBTQ+ identity would receive.

Same-sex relations are illegal in the host nation and there have been numerous instances of rainbow-coloured items being refused at games.

‘Being a woman going to matches alone hasn’t been any different from doing anything else in life,’ Debbie said.

‘I haven’t been bothered by anyone, people have been so friendly and chatting to each other. Qatar is a really safe place with a lot of security and I haven’t even thought about it to be honest. 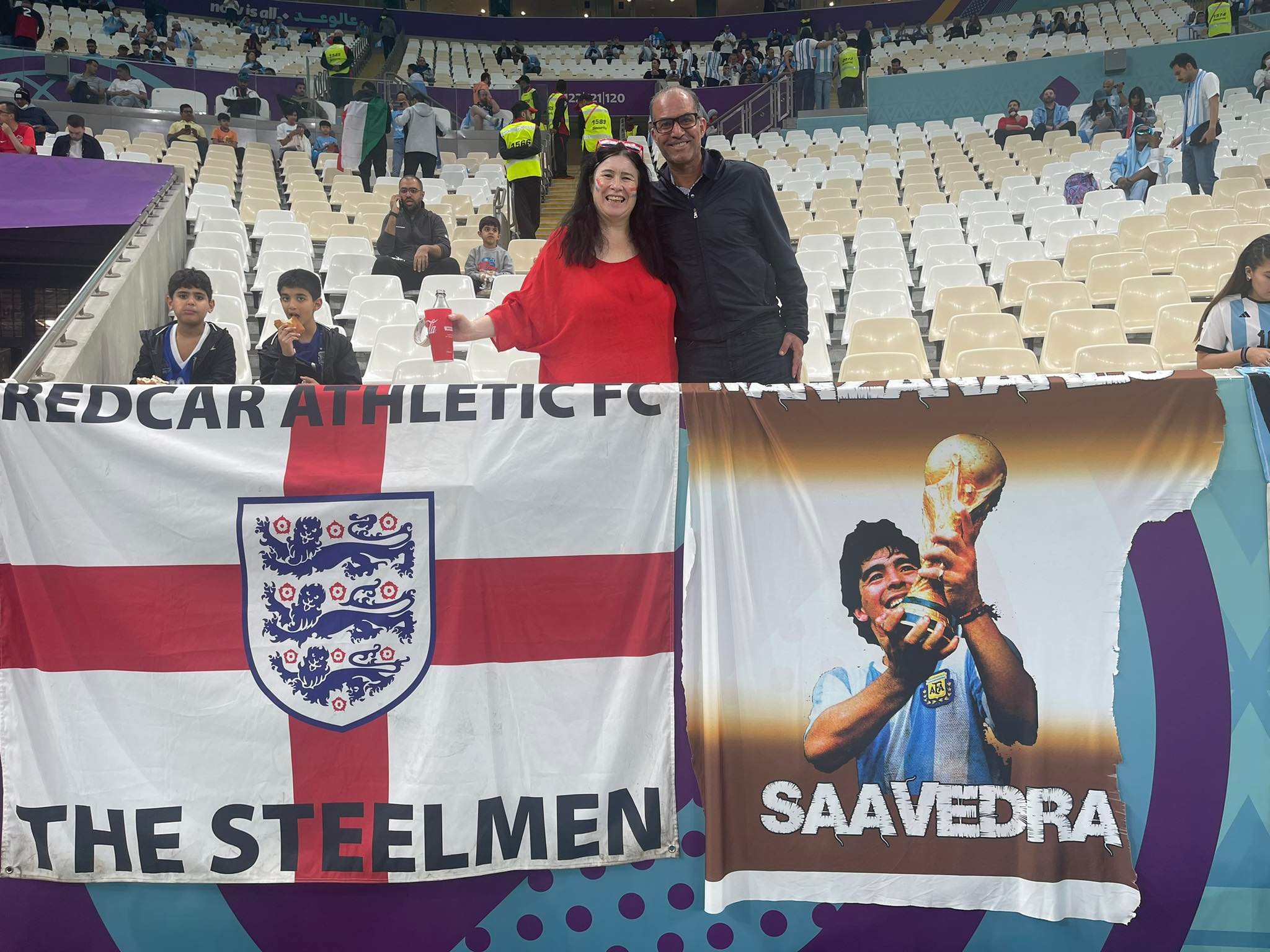 ‘Fans should have been allowed to display the Pride flags because the World Cup is supposed to be inclusive and there should be no barriers in terms of sexuality or anything else.

‘But while it could have been a bit more relaxed it’s not part of their culture and even though you don’t agree with it you have to respect their beliefs.

‘Overall it’s been a fantastic World Cup and the Qataris have done themselves proud, they’ve been really hospitable right down to the Arabic coffees, dates and sweets on the way to the stadiums.’

Debbie is returning to the Lusail for the Argentina v France final today and hopes to be at the next FIFA games due to take place in North America.

‘It’s my biggest football adventure and the only thing that could top it would be taking my son Thomas to the next World Cup,’ she said.

‘I’m waiting to see how it will be hosted and hoping he can join me.’

Madeleine McCann: Police have been investigating prime suspect in case for four years