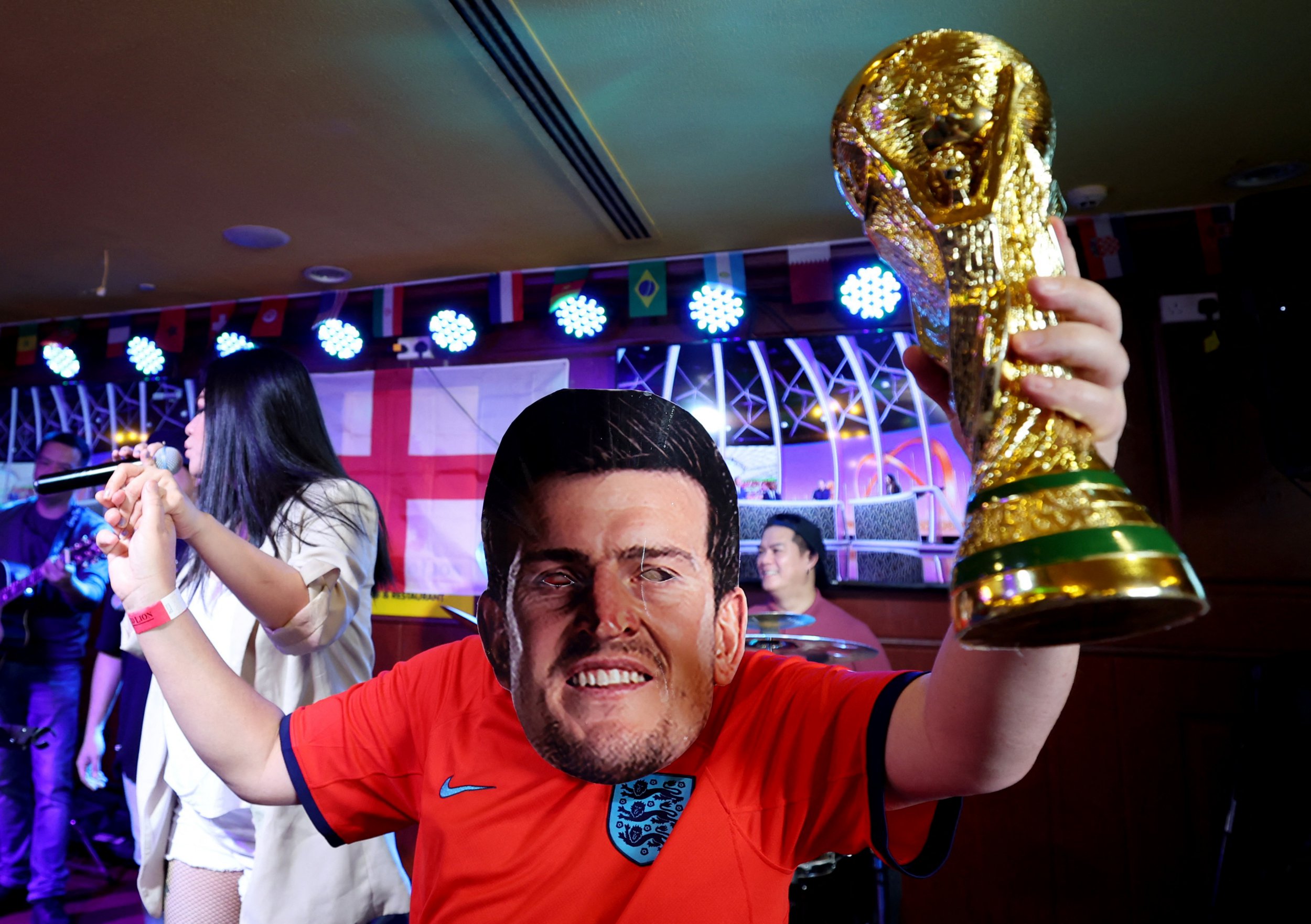 Home and away, England fans are gathering en masse to watch this evening’s clash with the USA.

The two nations will go head-to-head at the Al Bayt Stadium in Al Khor City, 35km north of Doha.

In England, football fans – many of whom presumably took the day off work – came together to watch Wales painfully lose to Iran earlier today.

Supporters of the Three Lions are set to sink 30 million pints and give the economy a £300 million boost today as they watch Harry Kane’s stars take on USA.

Pubs still struggling post-pandemic are expected to be packed for the clash with two thirds screening it.

‘Pubs across the country are warmed up and ready to welcome fans,’ Emma McClarkin, chief executive of the British Beer and Pub Association said.

‘They’re hoping the World Cup will provide a boost for business during a difficult time.

‘Many will be making use of investment made in outside space and equipment during the pandemic to ensure fans enjoy the tournament whatever the weather, and many have special events, deals and celebrations planned.’

Meanwhile in Qatar, many supporters are already en route to this evening’s game.

Two fans were interviewed while clutching a replica of the Jules Rimet trophy in Souq Waqif, Doha.

They said it was their good luck charm.

James Smith, 26, and Laurence Pemberton, 26, from Cheltenham, held the version of the World Cup trophy England won in 1966 as they posed for photographs with fans from around the world.

Mr Smith said he fancied the Three Lion’s chances to make progress in the tournament, saying of his experience in Qatar: ‘With all the negativity coming into this I was a bit worried, but everyone has been very friendly, a lot of respect, the weather has been amazing and every fan has come together.’

Fans are guided to buses from the nearest metro station for a 25-minute journey to reach the ground in Al Khor, north of Doha.

England fan Jim Noyce, 59, from Rugby, arrived on a shuttle flight from Dubai and questioned how smoothly things will run at the 68,895-capacity stadium.

He told the PA news agency: ‘Compared to where we were on Monday, this is a real trek. The people are friendly, really happy, can’t do enough for you, I just think they weren’t expecting the number of people to come.’

He added: ‘For us we’ve got no panic, we don’t go home until eight o’clock tomorrow morning so, worst scenario, we’d have to get a taxi, but I just wonder about the logistics of it, is it such a great idea?

‘But in general it’s everything you need.’