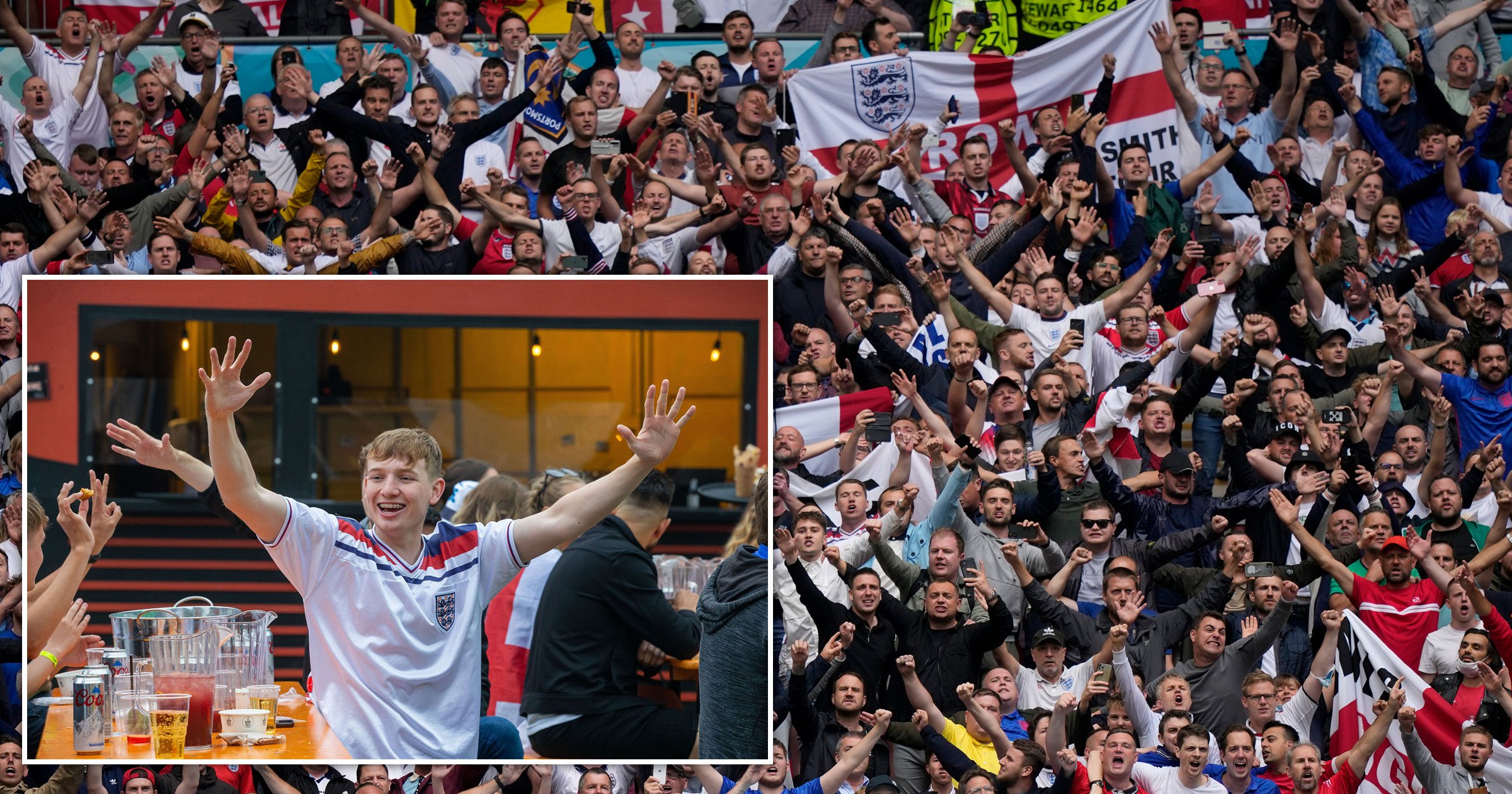 Football fans are set to give the economy a £533 million boost today thanks to England’s progress in the European Championships.

Seven million people plan to hit the pub tonight as Gareth Southgate’s Three Lions take on Ukraine for a place in the semi-finals.

They will knock back six million pints during the game alone and 19 million over the course of the day.

The footy fever will net pubs a £150 million windfall, a study by VoucherCodes.co.uk and the Centre for Retail Research found.

Supermarkets are on course to be an even bigger winner, as supporters spend £348 million stocking up on match day essentials to consume at home.

Sales of beer has soared 60% at the Co-op and is up 40% at Sainsbury’s and Waitrose.

The middling weather and threat of heavy showers and thunderstorms hasn’t deterred people from throwing a barbecue either.

Tesco expects its BBQ range to be ‘extremely popular’ and said it was selling twice the amount of meat than two weeks ago.

Crisps are selling 40% faster at Sainsbury’s and sales of dips are up 70% compared with the same time last year, the Mirror reported.

Many shoppers have stocked up on bubbly to mark the occasion in style, with M&S reporting champagne purchases had risen 41% and prosecco by 31%.

Merchandise is the third biggest beneficiary, with £35 million expected to be spent by England supporters.

There has been a huge thirst for shirts since the final whistle blew on England’s 2-0 win over Germany on Tuesday.

Thousands went online in search of one, only to find they had sold out on numerous major sites.

The official England Store only had stock in match shirts in size 3XL, at £114.95 each, on Saturday morning.

A staggering 39 million people could tune in for the game, which is being shown on BBC1 from 7pm, the study predicted.

Despite the impressive projections, lobby group the British Beer and Pub Association believes boozers are missing out on pulling 1.5 million pints due to Covid restrictions.

Chief executive Emma McClarkin said: ‘Pubs will lose out on £5 million from that alone, which could be the difference to survival or closure for some.’

Want to own piece of royal history? Queen and Philip’s rare Christmas cards up for auction