Independent SAGE, a group of scientists who provide scientific advice about coronavirus, has backed a nationwide circuit breaker lockdown which would replicate the measures put in place at the start of the pandemic. The lockdown would last for 2-3 weeks and would lead to the closure of schools, universities, non-essential retail and businesses, leisure and hospitality sectors.

The panel of expert scientists, chaired by former chief scientific adviser Sir David King, has set out a “six-week emergency plan” to bring infection rates below 5,000 a day.

They argue the Government’s three-tier system does not go far enough to reverse the current surge in cases.

Independent SAGE’s proposals for a 2-3 week lockdown include the immediate closure of schools, non-essential retail and businesses, the leisure and hospitality sectors (takeaways permitted) and places of worship. 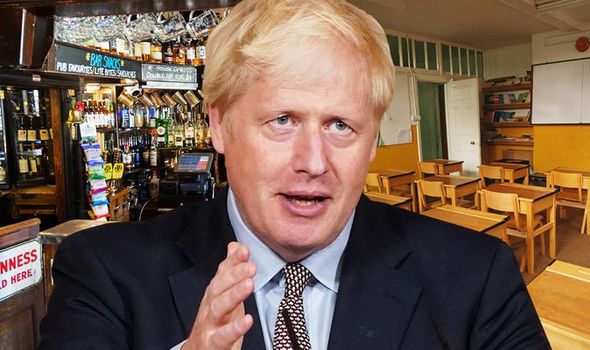 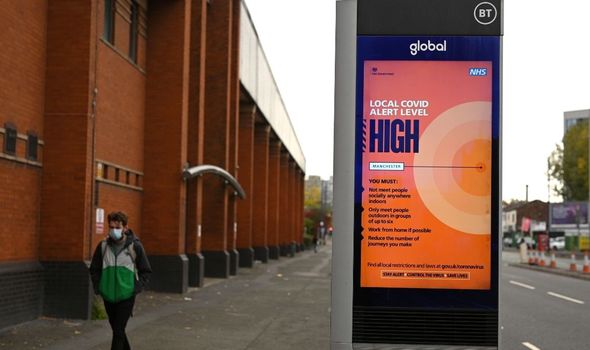 It also urges a return to two-metre social distancing, a ban on household mixing outside of support bubbles and a switch to online teaching in universities.

The proposed measures are in line with those recommended by the Government’s Scientific Advisory Group for Emergencies (SAGE) committee on September 21 – which the Government has failed to enact.

The panel of experts said the end of the circuit breaker should be followed by a series of continued restrictions in order to reduce the transmission of the virus.

However, they suggest that schools would be allowed to reopen.

JUST IN: Covid about finding a trade off between deaths and economics 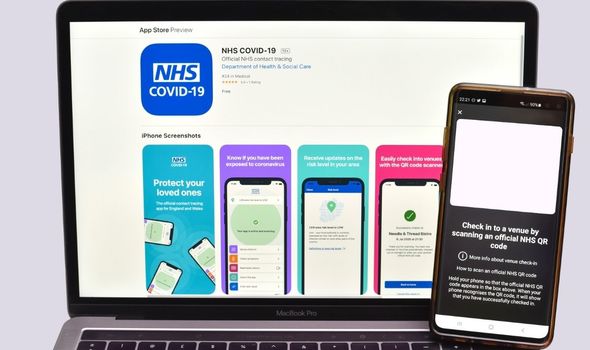 “The tiered system will not be enough to reverse growth.

“Despite four weeks of living under “tier 2” type restrictions in many areas and three weeks of “tier 1” restrictions elsewhere, cases continued to increase rapidly everywhere.”

Professor Pagel added: “Agreeing with SAGE, we believe a sharp national circuit breaker for 2-3 weeks followed by 3-4 weeks of continuing restrictions is needed to stop the current wave in its tracks, preventing tens of thousands of new cases and thousands of hospital stays. 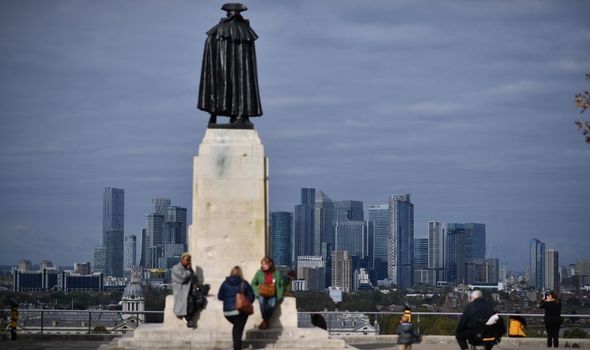 “This will buy us precious time to build a public health and social scaffolding to support easing restrictions and restarting our lives.

“We must not waste this time.”

They argue the current Find, Test, Trace, Isolate & Support (FTTIS) system is failing to keep up with the rising infection levels. 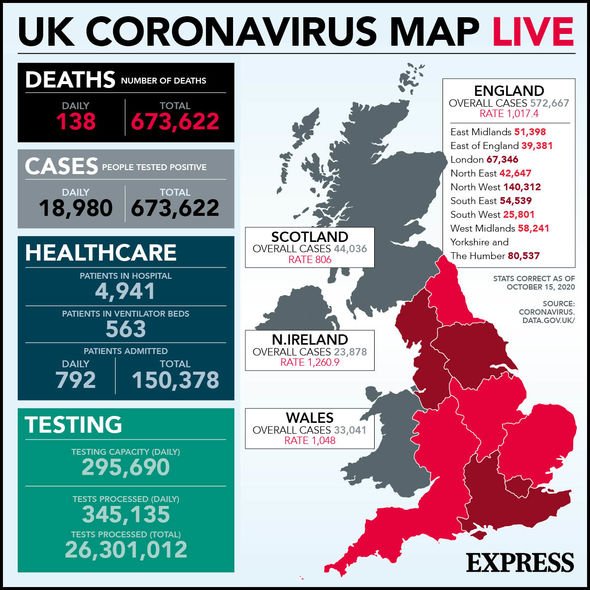 It comes as new figures show that only 25 percent of test results are being received promptly in England and the number of contacts being reached has remained flat.

As a result the panel has outlined a blueprint to overhaul the current approach.

The blueprint states: “National and regional lockdowns and other large scale restrictions are blunt tools; testing and tracing should be a targeted, precise system.

“Done well, it allows us to identify sources of outbreaks and isolate individuals and those they have been in close contact with, rather than entire populations.

“Without an effective FTTIS system, the government has little choice but to rely on imprecise and damaging local and national lockdowns to prevent surges in infection.

“The urgent reform of FTTIS is the most important economic and health priority for the government and the country right now.”