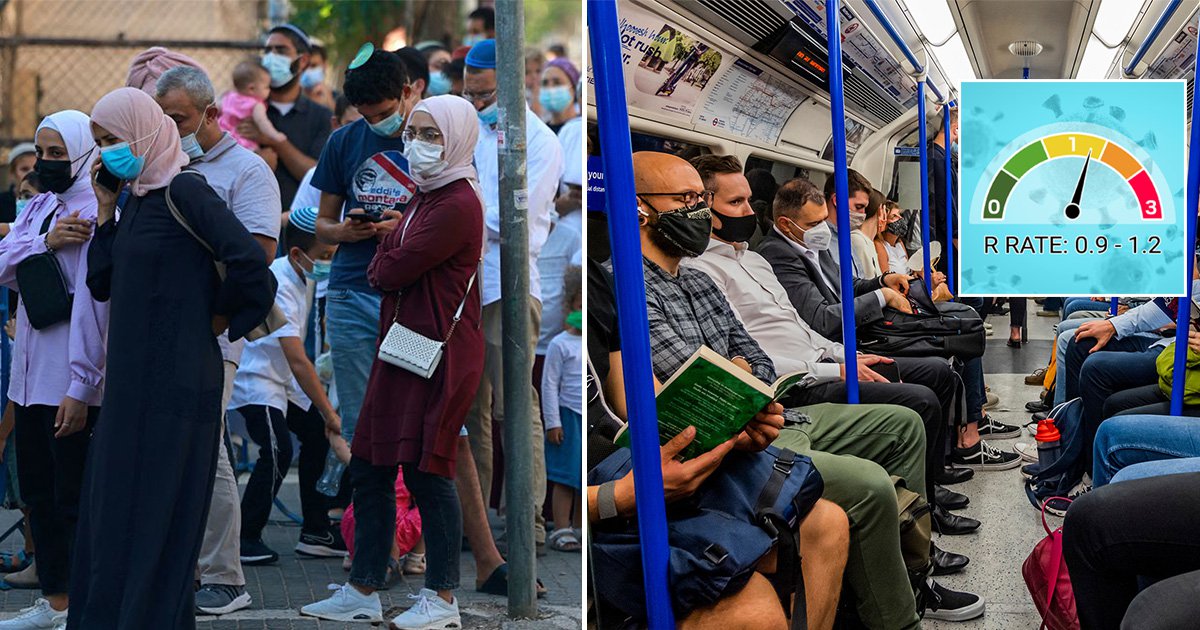 Covid-19 in England could once again be on the rise amid gloomy warnings from an international expert about a potential fourth wave.

That means the pandemic is likely growing once again, albeit at a much slower rate than seen previously.

It comes as an Israeli scientist warns the gains of early vaccination could be lost if booster jabs aren’t rolled out in time.

Pandemic expert Eran Segal has warned if countries don’t build on early successes by ensuring immunity remains high, a fresh spike in infections could be on the cards.

Israel has seen a steep rise in Covid-19 cases in recent days, despite being held up as a success story on vaccination.

During the worst part of the third wave, new cases in Israel were reaching about 10,000 a day. On Monday, Israel recorded almost 9,000 new infections.

Health experts have blamed a persistent percentage proportion of people refusing to get vaccinated, as well as a natural drop off in protection.

Writing in the Daily Mail, he said: ‘Just a few months ago, we were cautiously hopeful that our stringent policy of vaccination was going to beat the virus.

‘But now we are seeing that the combination of a highly transmittable variant, reduced vaccine effectiveness and the 15 per cent of those eligible for the vaccine who remain unvaccinated has changed the course of the pandemic.’

The biologist, who is based at the Weizmann Institute of Science, urged the UK government to work on offering booster jabs to the elderly and the vulnerable as soon as possible.

He said he was hopeful boosters would help Israel escape another lockdown and urged the UK to follow suit.

Prof Segal wrote: ‘What is certain is that Britain has a chance to learn from our mistakes and avoid the pain of a fourth wave. And the time to start a campaign of booster jabs may be now.’

Ministers are actively looking at beginning the booster programme in September, although plans are yet to be formally proposed by the Joint Committee on Vaccination and Immunisation.

But some health leaders have raised questions over the epidemiological and moral implications of rolling out third jabs while millions in less developed nations have zero protection.

Director general of the World Health Organisation, Tedros Adhanom Ghebreyesus, has called for a delay to booster programmes until the end of September.

He told a press conference on August 4: ‘I understand the concern of all governments to protect their people from the Delta variant.

‘But we cannot accept countries that have already used most of the global supply of vaccines, using even more of it while the world’s most vulnerable people remain unprotected.’

The R rate measures the average number of people each Covid-19 positive person goes on to infect.

When the figure is above 1, an outbreak can grow exponentially but when it is below 1, it means the epidemic is shrinking.

An R number between 0.9 and 1.2 means that, on average, every 10 people infected will infect between 9 and 12 other people.