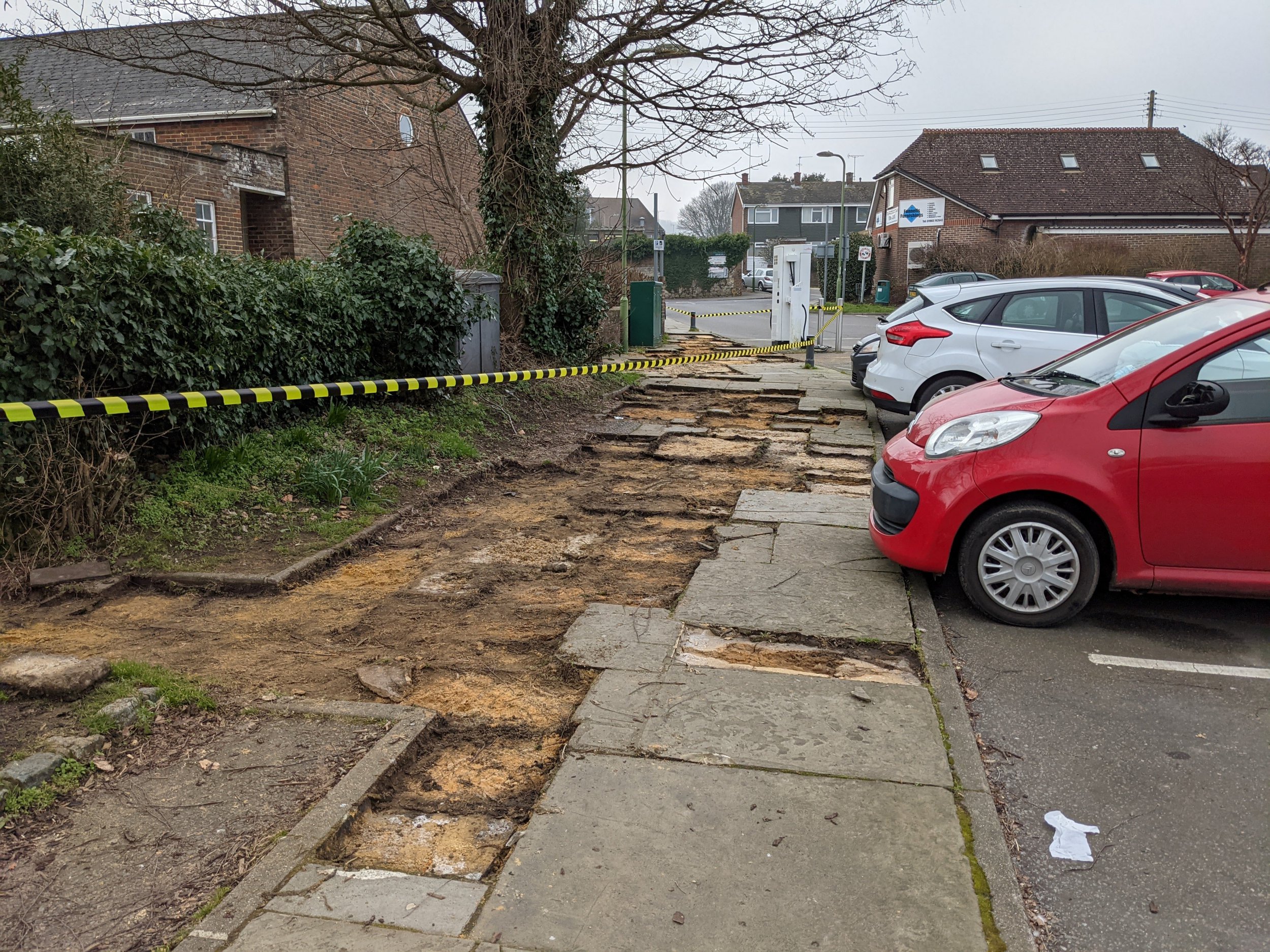 Police are searching for concrete evidence after an ‘entire pavement’ was stolen from a West Sussex village.

Dozens of paving slabs were dug up and removed from Ryecroft Lane, in Storrington, between Sunday night and Tuesday morning, officers said.

Alan Stainer, a resident of the village, told how the slab thief had made ‘a right old mess’. There are concerns the incident could pave the way for more crime in the area.

Horsham District Council plan to leave no stone unturned and are now reviewing CCTV footage from the road.

They’re also assisting the police in making the site safe for the public, which could help curb any future criminal behavior.

James Wright, Horsham District Councillor for Storrington and Washington, told the West Sussex County Times: ‘It looks like they were stolen overnight which is obviously shocking.

‘The police are aware and the Horsham District Council community team are assisting the police and the parks team who are responsible for the car park are on their way down to make it safe.’

A spokesperson for Sussex Police said: ‘At 11am on Tuesday March 2 police received a report that sometime between Sunday night and Tuesday morning a quantity of York Stone paving had been dug up and stolen from a council car park in Ryecroft Lane, Storrington.

‘Anyone with information can contact Sussex Police either online or by calling 101.’