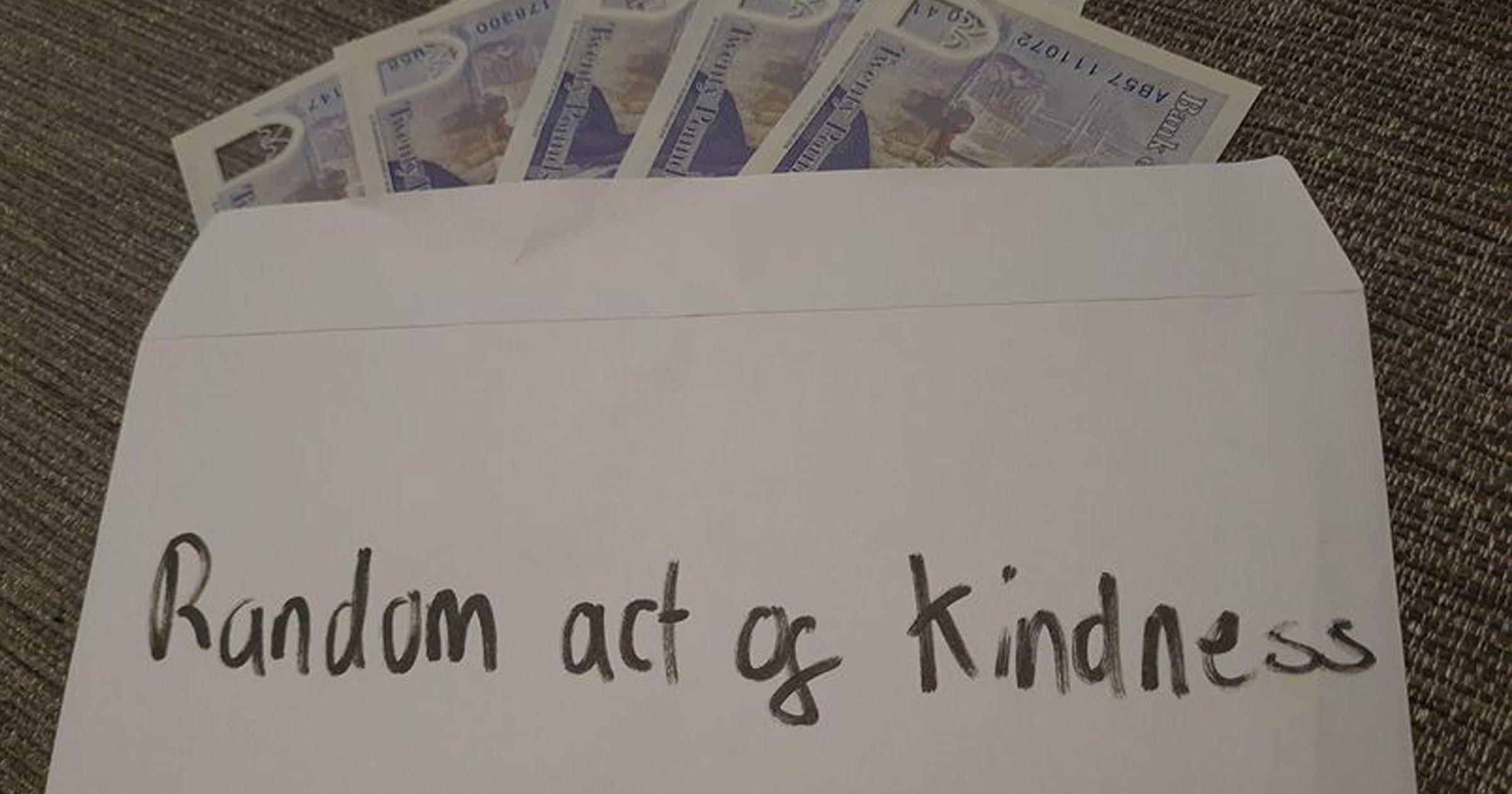 A generous stranger has been spreading Christmas cheer by posting envelopes stuffed with £100 cash throughout letterboxes in Nottingham.

The letters were delivered across Clifton on Friday, December 23, with the phrase ‘Random Act of Kindness’ scrawled across the front.

The kind gesture has become something of a local tradition over the past few years, with similar envelopes appearing in letterboxes throughout the area in 2020 and 2021.

Nursery practitioner Sarah Lynne was one of the people to receive an envelope this year.

The 29 year old said: ‘It was my son that first discovered the envelope, he came running to me at first shouting “is it from Santa?”. He handed me the envelope and I was overwhelmed to be honest.

‘Things like this never really happen for me. I’ve seen people post it over the years and have always thought it was such a lovely gesture, especially this year it will really help.’

She added: ‘Whoever it is that does it is a hidden hero and has the kindest of hearts.

‘With everything happening in the world right now, it’s just nice to know there are still good people, it’s really heart warming.’

When asked how she planned to use the money, Sarah explained: ‘The money will be spent on a treat for my sons, topping up the gas and electric for over Christmas and I plan to pass some of it forward and will buy food to donate to the food banks.’

Another Clifton resident, Peter Dennis, 40, also received an envelope. He said: ‘My wife Lindsay was the one who found the envelope first, I was out at the time.

‘She was very emotional as to be expected, as she’s not been in a good way lately as Christmas time is hard for her as her dad passed away a couple of years back.

‘She noticed a car outside on the CCTV and thought it was a little strange in the way it parked up as she didn’t recognise it.

‘Then a girl walked to the door and posted the envelope, but by the time my wife got to the door it had driven off.”

‘We both saw this happen over Facebook last year- it also happened to my auntie which we thought was nice but I never expected this to happen to us.

‘I’m still shocked to think that someone would give away their hard earned money to complete strangers, especially with the cost of living nowadays.

Several other envelopes of cash have been received across Clifton, with many households taking to social media to share their excitement and shock.

A number of local residents have taken to social media to share news of their receipt of an envelope.

One recipient posted: “OH MY GOODNESS! Yes I am crying. Thank you so much to whoever these wonderful people are! We cannot thank you enough!”

Another wrote: “Thank you so much to whoever posted this act of kindness. Very much appreciated. Merry Christmas.”

A third added: ‘Thank you soo much it is much appreciated to whoever’s posted this and merry Christmas everyone.’

Kate and William open up on how George, Charlotte and Louis are coping with Philip’s death