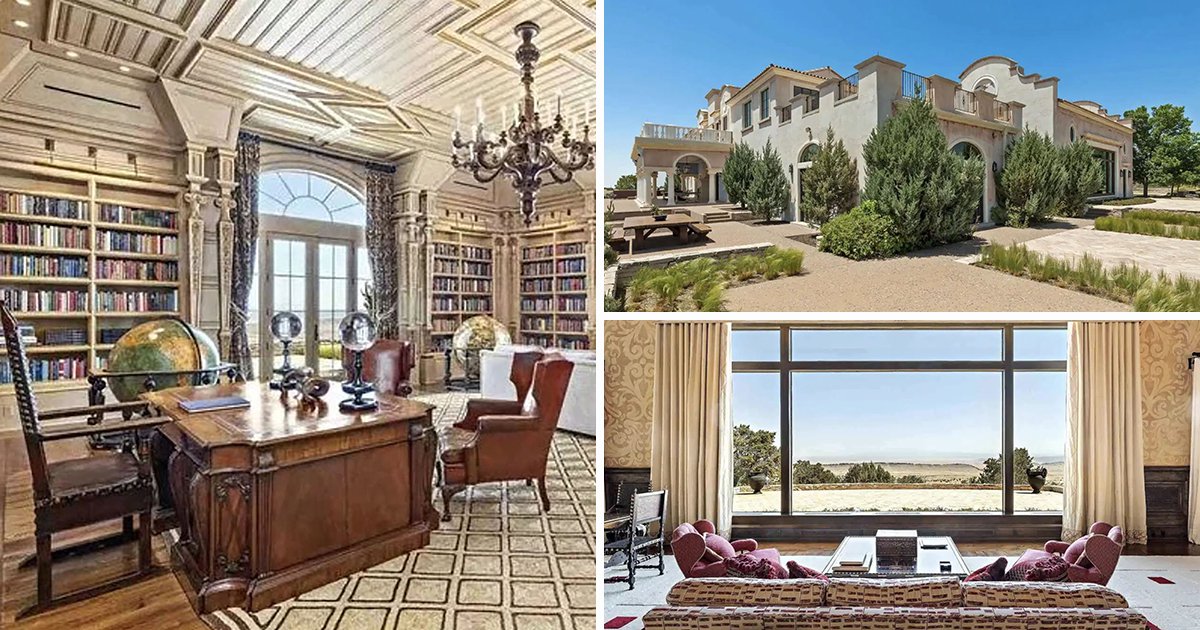 A sprawling ranch at the centre of the Prince Andrew and Jeffrey Epstein affair is on the market for around £20 million.

The 33,000 square foot property in New Mexico was allegedly the scene of a meeting between the Royal and his accuser, Virginia Giuffre – previously Roberts.

Ms Giuffre says she was flown to the lavish ranch to meet Prince Andrew around 2001, in claims he categorically denies.

The ranch was one of several properties owned by billionaire Epstein before he killed himself while awaiting trial for sex trafficking charges.

Ms Giuffree alleges the Prince had sex with her in London and in New York, and has produced a photograph of the two together.

The Queen’s son denies the accusation and has disputed the veracity of the image.

According to a listing with Sotheby’s International Realty, ‘Zorro Ranch’ near Santa Fe boasts almost 8,000 acres of outside space, a ‘grand three-storey’ house, several other guest residences, an air strip and ‘inspiring views in all directions’.

It formed part of the covicted sex offender’s vast property portfolio, which also included a Manhattan mansion Prince Andrew confirmed he may have visited but denied staying at in a BBC interview.

Epstein also owned luxurious homes in Florida and Paris, as well as Little Saint James, a private island in the US Virgin Islands which was reportedly nicknamed ‘paedophile island’ by locals.

The Zorro ranch property has not been searched by the FBI, according to the Daily Mirror.

But Ms Giuffre alleges that she met the Prince there, claims which surfaced in court documents relating to Ghislaine Maxwell, a friend of both Prince Andrew and Jeffrey Epstein.

According to the Daily Mirror, Ms Giuffre said Andrew was waiting at the ranch with the ‘same old cheesy grin’ she claimed she saw at other alleged meetings in London and New York.

She claimed she was alone with him for two days at the New Mexico property and gave him ‘plenty of massages’.

She claims both Epstein and Maxwell asked her about the trip when she returned to New York and described them as ‘like two proud parents, they both looked at me with such content’. She claims she was given ‘close to $1,000’ for the alleged trip.

Prince Andrew vehemently denies having ever met her.

Epstein was not facing any charges specifically tied to the ranch but several women who claim to be his victims said they were assaulted there.

According to the paper, proceeds from the $22,700,000 property’s sale would be used for ongoing costs for Epstein’s properties.