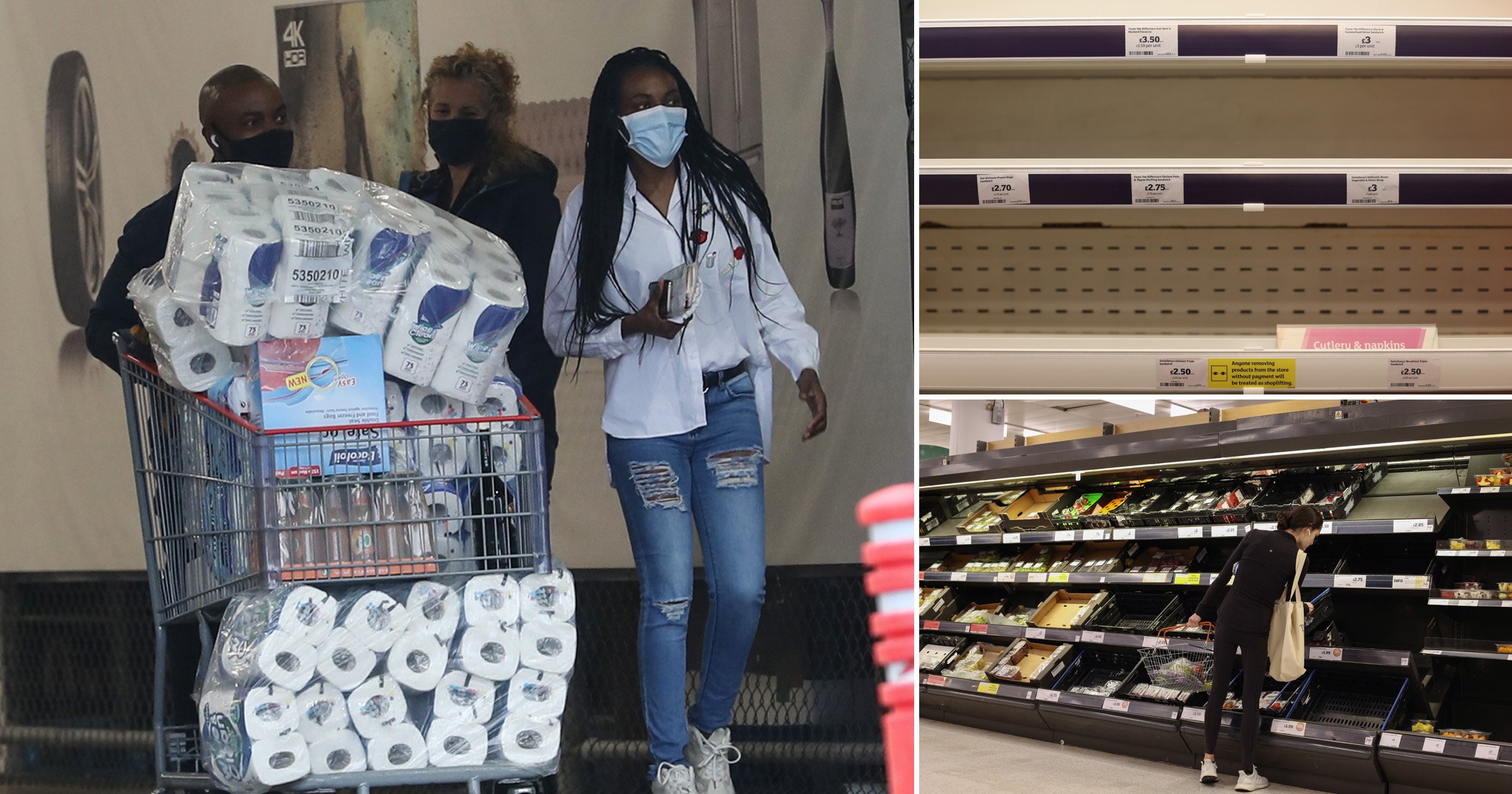 More Brits are struggling to get hold of essential food, with the situation only likely to get worse in the run-up to Christmas.

Around one in six say they have been unable to find the vital products they need for sale in the last two weeks, while a quarter are having similar difficulties getting hold of non-essential food items, according to the Office for National Statistics.

Gaps in supermarket shelves have become a common sight across the country as a ‘perfect storm’ of issues post-Brexit and lockdown continue to cause problems in supply chains.

There were long queues of people outside the Costco store in Manchester this morning, with dozens of people taking advantage of the wholesaler’s offers – particularly on toilet roll.

A poll by the Grocer magazine has found two thirds of people are worried or very worried about potential shortages over Christmas.

The usual festive rush is expected to start weeks, if not months, earlier as a result with shoppers being urged to buy early to avoid disappointment.

A third of respondents to the Grocer’s survey said they had already begun stocking up on Christmas food and drink or were planning to before the end of October.

It’s been estimated that Britain’s ‘Big Four’ supermarkets – Tesco, Sainsbury’s, Asda and Morrisons – have lost £2billion in sales because of difficulties replenishing stocks.

Soaring gas prices and recent shortages in fuel are only likely to exacerbate the problem as factories have warned they may be forced to close over winter because the cost of production is soaring.

The ONS asked 3,326 adults between September 22 and October 3 about their experiences of shortages.

Although 57% said they had been able to buy everything they needed, six in 10 people said their food shopping experience had been different to usual.

Some 43% said there was less variety, and 14% had to go to more than one shop to get everything they needed.

Supermarkets are being urged to work together and pool resources to minimise the disruption.

Shane Brennan, of the Cold Chain Federation told The Grocer: ‘The biggest choice every one of the major supermarkets has got this week is: are we going to have a survival of the fittest Christmas or are we going to all work together and try and get through Christmas?’

The number of out-of-stock items at Tesco, Sainsbury’s, Asda and Morrisons are at least twice as high as before the pandemic.

Analysts NielsenIQ said, on a normal day, the big supermarkets would be able to supply around 98.5% of all their products at any one time.

Currently that availability is as low as 90% for certain products such as soft drinks and 95% for dairy, a situation described as ‘quite crazy’ by retailer services director, Ben Morrison.

Carmaker Rolls-Royce urges May to avoid a hard Brexit

How will the US react to Turkey’s Russia deal?