Vietnamese Prime Minister Nguyen Xuan Phuc today ordered local authorities to establish whether the nation’s citizens are among the 39 people found dead in the back of a truck near London on Wednesday. Mr Phuc also ordered the police to launch an investigation into alleged human trafficking activities. He said in a statement: “Any violations will be strictly dealt with.”

He then demanded reports on the case from authorities by November 5.

Vietnam’s foreign ministry said in a statement today that it had instructed its London embassy to assist British police with the identification of victims.

Essex Police said at least some of the victims may have come from the Southeast Asian country.

The statement comes after the devastated parents of a Vietnamese woman thought to be among the dead in a lorry have revealed they were tricked into paying £30,000 to smugglers after they were told it was a “safe route”. 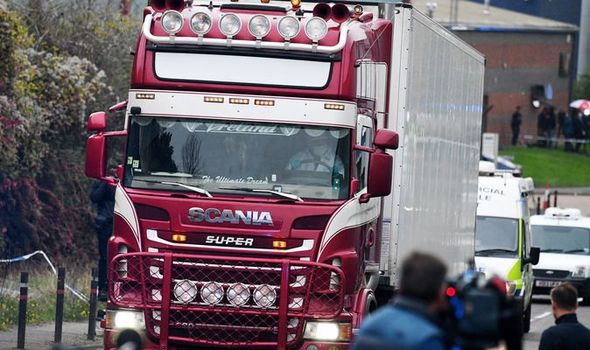 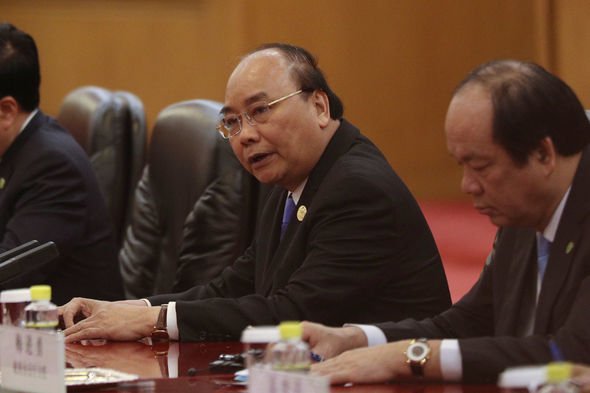 The family of 26-year-old Pham Thi Tra My have claimed she sent her mother a string of horrific messages in the moments before her death.

In one of her last messages, she wrote: “I’m sorry Dad and Mom. The way I went overseas was not successful.

Nguyen Thi Phong and Pham Van Thin told CNN they paid people smugglers £30,000 for their daughter to travel to the UK via China as it also emerged the 39 people found in Essex were part of a convoy of more than 100 people travelling on three lorries trying to make it across Europe, according to community leaders and families in Vietnam. 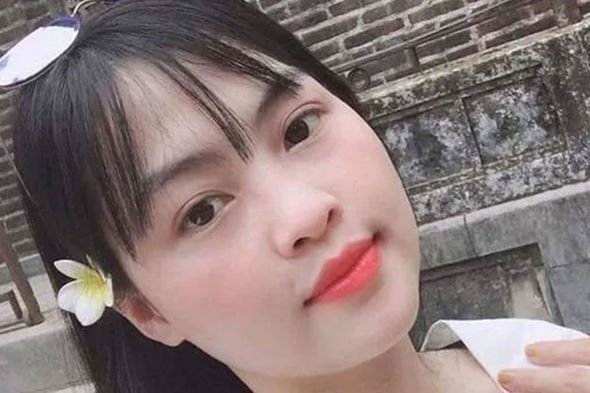 But the pair, who earn around $400 between them, claim the smugglers did not tell them how their daughter would reach the UK.

Pham said: “The smugglers said that this was a safe route, that people would go by airplane, car.

“If I had known she would go by this route, I would not have let her go.”

A human rights worker in Vietnam, who said she has spoken to the suspected victim’s family, revealed the youngster made the trip because she was desperately trying to help her debt-ridden family. 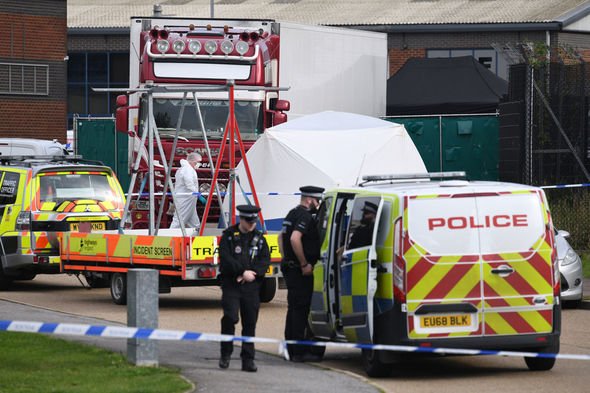 Speaking anonymously to the BBC, the worker said: “She had just returned from Japan where she was working to try and pay off the debt, and that was not enough and so she looked for a better future.

“For this girl it is very sad that she took the risk because she was dealing with debt that was created by another man in the family.

“And I also learnt that the service that she was using was called ‘very important service’ and so it is like a business class ticket on the lorry and with that she had to pay double or three times the price of the cheap ticket.”

Two other Vietnamese families are worried having not heard from their loved ones, two citizens, who they say they have not heard from since they too departed for the UK. 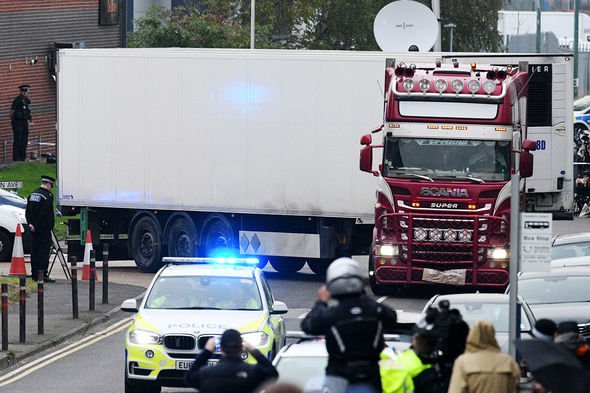 In a news briefing this afternoon, Essex Police said they cannot speculate on the nationalities of those found in the lorry.

The force said establishing the identities of the victims will take some time, but will focus on engagement with the Vietnamese community.

Detective Chief Inspector Martin Pasmore also said Essex Police are investigating lines of inquiry to “establish whether there is a wider conspiracy involved” in the deaths of the 39 people.

Police are continuing to question four people arrested in connection with the deaths of the 39 people found in the lorry trailer. 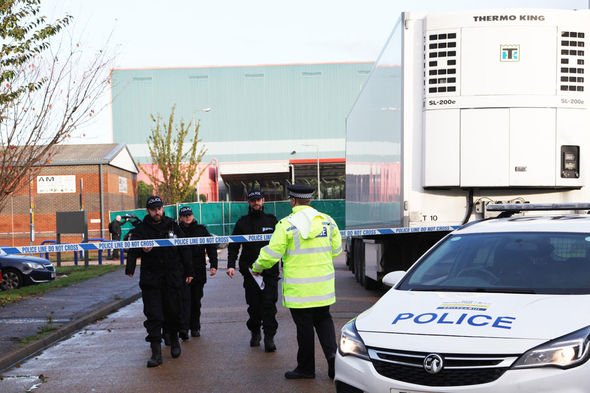 A 48-year-old man from Northern Ireland was detained at Stansted Airport on Friday on suspicion of conspiracy to traffic people and manslaughter.

Officers had earlier also arrested a man and woman from Warrington, both 38 years old, on suspicion of 39 counts of manslaughter and people trafficking.

This followed the arrest of the 25-year-old man lorry driver from Northern Ireland on suspicion of murder. He remains in custody.

Children among 21 people found in refrigerated lorry at UK port