Europe minister Amelie de Montchalin said the bloc wouldn’t strike an agreement “at all costs” because of the Prime Minister’s refusal to extend the Brexit transition period beyond December 31. Paris will not allow Brussels to “sacrifice” its farmers, fishermen or businesses in order to match the timetable set out by the Government. Ms de Montchalin made the intervention ahead of an EU ministerial meeting in Brussels tomorrow to rubber-stamp Michel Barnier’s negotiating guidelines.

She said: “We have given Michel Barnier a very clear mission: we will not sacrifice our farmers, our fishermen and our companies.

“We will not accept blackmailing or pressure over the dates. We will not sign a bad deal under pressure just because Boris Johnson wants an agreement at all costs on December 31.

“We must protect fishermen – if we sign a bad agreement, they will lose a lot.” 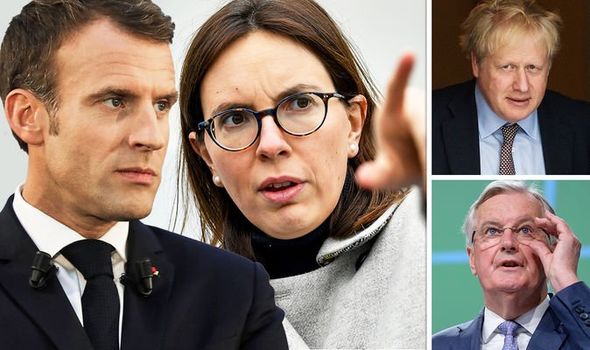 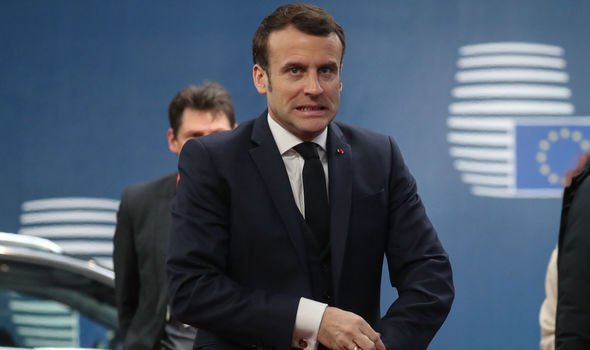 France have played a defining role in hardening the conditions they will demand in any free-trade agreement with the UK. 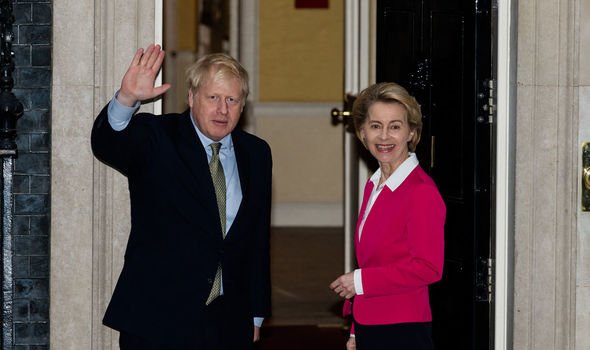 In the latest draft guidelines circulated around EU capitals, Brussels will ask for a “level playing field” that evolves over time to keep the UK’s state aid, taxation, environment and work place standards closely aligned to the bloc’s rules and regulations.

The draft document also made clear that any deal should “uphold” EU fishermen’s current access to UK waters.

Many of the demands listed by Brussels have already been rejected by, David Frost the UK’s chief negotiator, in a recent speech in the Belgian capital. 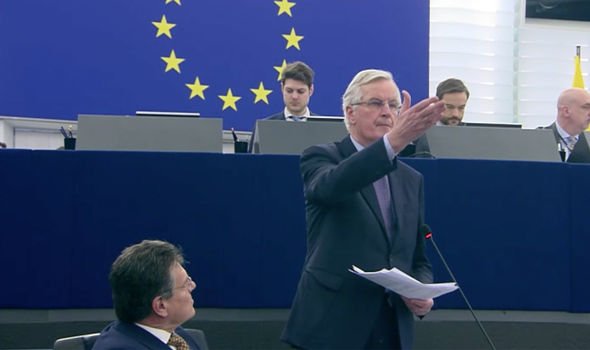 He said the bloc’s position undermines the fundamental purpose of Brexit, adding: “We are clear that we want the Canada-Free Trade Agreement-type relationship which the EU has so often said is on offer – even if the EU itself now seems to be experiencing some doubts about that unfortunately.

“If those doubts persist, we are ready to trade on Australia-style terms if we can’t agree a Canada type FTA.  We understand the trade-offs involved – people sometimes say we don’t but we do – and we will be setting out in written form next week actually how we see the shape of the future relationship in more detail.”

Mr Barnier has since argued that Britain should not be allowed a standard free-trade agreement because of its “proximity” to EU.

The bloc’s negotiator said the level playing field is about the UK taking a “sovereign decision to have a regulatory coherence”, adding that its designed to prevent “unfair competition”.

A European Commission spokesman added: “We have been together with the UK for almost half a century. Calais is only a couple of kilometres from Dover.

“The UK cannot expect high-quality access to the single market if it also insists on diverging from our rules.”