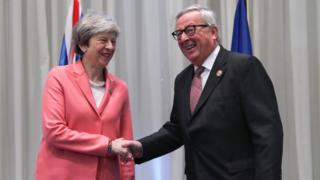 Determined to appear positive, Jean-Claude Juncker’s spokeswoman described the European Commission President’s latest meeting with Theresa May as “constructive”. He said “good progress” was made.

That’s the same Jean-Claude Juncker who just a few days ago complained of Brexit fatigue, and said no agreement on a revised Brexit deal was on the horizon. So what changed?

In short, nothing. Not on the EU side, anyway. But as we know, the EU wants to avoid a no-deal Brexit. It wants a deal by 29 March so that it can move on with other EU business and towards new talks with the UK on a post Brexit trade deal.

Hence the bouncier, sunnier words from the Juncker camp. Remember that, despite rising mistrust and frustration, EU leaders are on the same side as Theresa May in wanting to get the Withdrawal Agreement passed through parliament.

But the chasm between Downing Street and Brussels remains deep when it comes to the backstop – the workaround to avoid a hard border on the island of Ireland after Brexit.

On the sidelines of the EU-League of Arab States summit this weekend, Mrs May has been busy reminding Europe’s leaders that she needs a fixed end date to the backstop or a unilateral get-out mechanism for the UK, in order to persuade sceptical MPs that the UK won’t get stuck indefinitely in a customs arrangement with the EU.

She also wants the EU to commit to finding – or accepting – alternatives to the backstop, such as sophisticated border technology.

Cue weary, grumpy EU leaders sighing behind their hands. They know the drill. They know the prime minister’s script. They are not budging from theirs.

For EU eyes only

EU leaders say they won’t change the Brexit Withdrawal Agreement – which contains the backstop text, and which Theresa May and her cabinet signed off on in November. A fixed end date or unilateral get-out mechanism would definitely mean changes.

What the EU is open to “24/7”, as I’m constantly told, is agreeing a legally binding text of assurances about the backstop – as long as said text involves assurances only, no changes.

Brussels is waiting to hear from the UK Attorney General, Geoffrey Cox, who is working on a document. But now that Theresa May has delayed a meaningful vote on the Brexit deal until anytime up until 12 March, EU leaders wonder when Mr Cox’s text might actually materialise.

Downing Street fears that as soon as pen has hit paper and exchanged hands, the document could be leaked and potentially savaged in the UK media before there’s even a chance for EU leaders to approve or discuss it.

For example, if the attorney general were to come up with an end date to the backstop that in reality wasn’t one, say, a maximum five-year backstop after which time there would be an investigation and a process – then, in the words of one of my diplomatic contacts:

“The European Research Group and arch-Brexiteers aren’t fools. They’ll see the legal veil of words for what it is.” 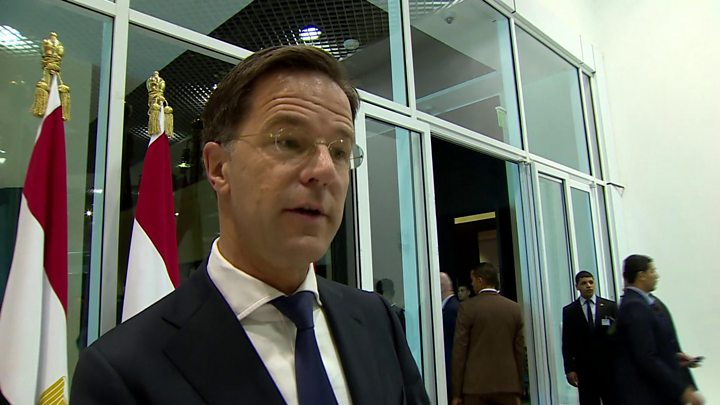 EU leaders are acutely aware that the criteria they will find acceptable in the legally binding document may make it unacceptable to the Brexiteers – because it would not go “far enough” on the backstop.

And Brussels has told Mrs May that the EU will not move on the Brexit deal until she can persuade them that she will have a solid majority of MPs behind her. European Council President Donald Tusk said on Monday it was “absolutely clear” that Mrs May did not have the parliamentary majority required to give that guarantee.

Which takes us back to the possibility of the Brexit process going right down to the wire.

EU diplomats and politicians have repeatedly described to me what they view as the prime minister’s three-way blackmail gamble – where Labour and the EU are faced with a no-deal Brexit and Brexiteers with the possibility of no Brexit at all.

“All she needs is for one of us to blink,” said one European politician, “and then she has her deal. Probably.”

“But it’s a high-risk strategy,” he added, “as businesses and civilians are beginning to very much sense.” 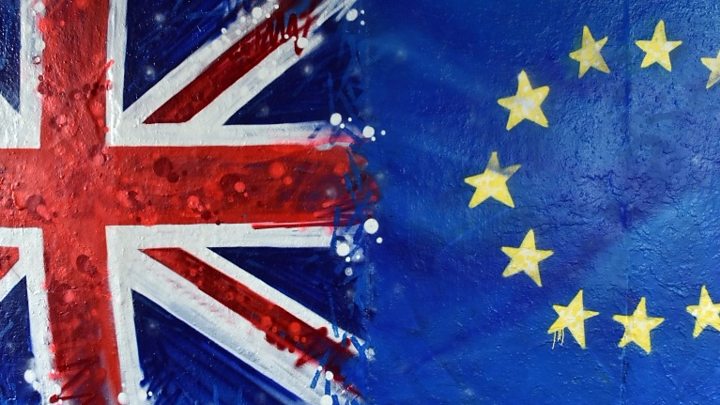 And would the EU blink, in the end, if 29 March were nigh with no deal in sight? Would leaders budge more than they’ve so far indicated? As I’ve written before, the answer is: no-one knows.

Only the EU leaders in the room at their summit on 21 March can decide. Maybe they’ll hold an emergency Brexit summit even later in March. Nothing at the moment is clear.

“If we’re really at that stage by then, with no confirmed extension of this process in sight, then a fixed end date of 2025 might be possible,” said a well-placed European source. “After all, if we don’t manage to get a trade deal sorted with the UK in all the years in between, then the backstop will hardly be our only concern.”