Corby in Northamptonshire is known as ‘Little Scotland’ due to the large number of Scottish steelworkers who travelled south in the 1930s. Ahead of tonight’s big Euro 2020 game, families and friends have been divided over which side their loyalties lie.

Craig Hadlane, landlord of the Cardigan Arms in Corby, said every table is booked up for England v Scotland and he expects a “really good atmosphere”.

On how fans will be split, he said: “Normally it would be 50-50, but a lot of Scotland fans are heading down to London, so it will be more 60-40 for England tomorrow.

“Lots of friends will be split and also some families. I know there are two kids coming where one supports England and one is supporting Scotland.

“My father had me supporting Scotland from a young age and I went to Italy for the World Cup in 1990. But mainly I’m supporting the pub.” 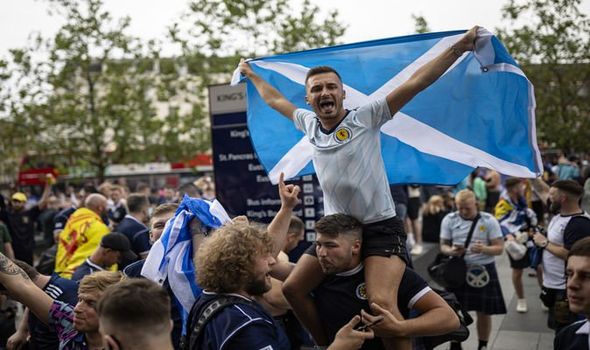 Scotland fan John McGhee told the Northamptonshire Telegraph that he will be watching the game with friends, with two supporting England and two Scotland. He said: “My heart clearly says Scotland is going to win.

“I’ve been to enough Scotland v England games to know it’s going to be close. I was also at the game when Paul Gascoigne scored ‘that’ goal against us at Wembley. We forgave him when he came to Rangers.”

Mr McGhee’s daughter has chosen to support his arch rivals, to which he says he has “forgiven her”, but they “won’t be watching it together”.

Melissa Albert, head of academy at Hazel Leys Academy, told the BBC that not all families are so divided. She said: “We have a member of staff who is Scottish, one of her children is Scottish but her grandson is English, and they’ll be watching together, so she hopes Scotland and England draw.” 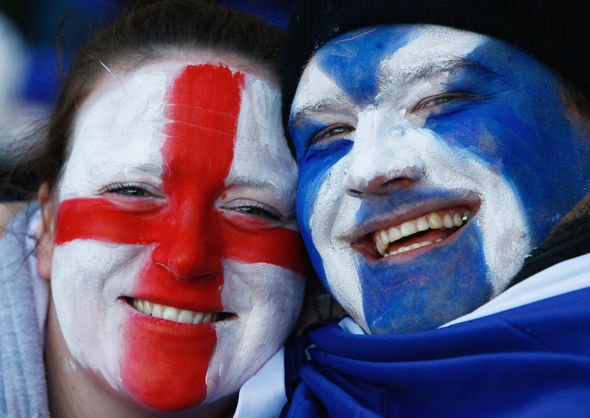 She also said that there are plenty of pupils supporting both Scotland and England, including one girl who describes herself as half-Scottish because her mother is Scottish, but her homeland is England.

The stakes are high after Gareth Southgate’s side opened their Euro 2020 campaign with a 1-0 win over Croatia on Sunday. Scotland on the other hand have a lot of work to do to claw their way to victory after suffering a devastating 2-0 defeat against Czech Republic.

If England win tonight they will qualify from Group D and secure their place in the knockout stages.