Home » Europe » Europe Wants to Diversify Its Pool of Astronauts

BRUSSELS — In a rare opportunity for Europeans dreaming of leaving the mundane duties of life on Earth, the European Space Agency is recruiting new astronauts for the first time in over a decade, with more diversity as the goal.

Of the seven astronauts from the agency currently ready to be sent on missions to the International Space Station, only one of them, Samantha Cristoforetti, a 43-year-old Italian, is a woman.

But the agency is now encouraging women to apply for the two dozen new slots. It is also initiating an effort to allow people with disabilities to go into space, a program called the “Parastronaut Feasibility Project.”

“You do not need to be a superman or a superwoman,” Lucy van der Tas, the agency’s head of recruitment, said in an interview. “We want to motivate as many people as possible to apply. But in the end, we are looking for very specific candidates.”

The goal is to select four to six astronauts, as well as around 20 reserves who could take part in shorter missions. Recruits with disabilities would first join the reserve group and work with the agency to figure out any modifications needed for them to go into space.

Paradoxically, the difficulties of living in space for humans is a reason to encourage opportunities for astronauts with disabilities, Ms. Cristoforetti said. “When it comes to space travel, everyone is disabled,” she said. The solution is “just technology.”

To decide what types of disabilities are compatible with space missions, the European Space Agency, which represents 22 European countries, consulted the International Paralympic Committee and came up with a system of categories: red (incompatible), green (compatible) and yellow (compatible with some technical modifications to the mission). 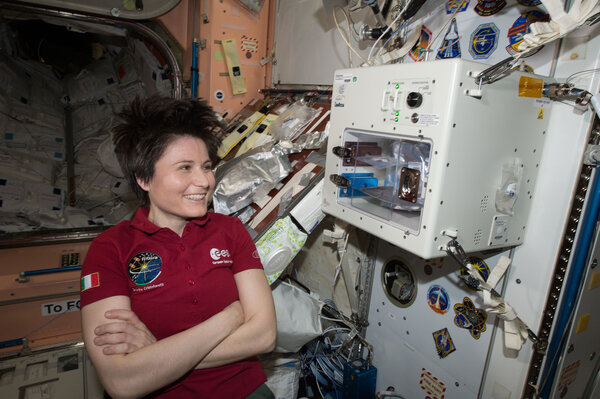 Right now, recruitment is open to people with leg amputations, with marked differences in leg length or who are especially short. But the hope is to open the program further.

“We feel strongly that if we don’t start now, it will never happen,” Ms. van der Tas said. “We are opening the door to a certain part of the society, so they too can dream of becoming an astronaut.”

At this stage, there is no guarantee that an astronaut with disabilities will go to space.

The successful candidate will not be “a space tourist who happens also to have a disability,” said Dr. David Parker, the agency’s director of the robotics and spaceflight program. Ms. van der Tas added that recruits would need the necessary motor skills to work and leave the space station independently in an emergency.

Given that life on the space station resembles a constant confinement, they would also have to be able to see and hear. “Once everyone is locked away in a small space together, the only way they can communicate with anybody else is via a screen,” Ms. van der Tas said.

Ultimately, the lucky few will set out on missions to the International Space Station or, in the longer term, to the moon or even to Mars. But first, they will have to undergo several years of tough training, which includes learning survival skills, how to run the spacecraft, mastering Russian and spending up to eight hours underwater simulating weightlessness.

Applicants must have some minimum requirements, the agency said, including a master’s degree in natural sciences, medicine, engineering, mathematics or computer science, or a test-pilot license, and a minimum of three years of relevant work experience.

Applicants need to show that they will be able to deal with the varied challenges of space travel. Daily life in a space station consists of washing with wet towels instead of showers, arduous physical effort, meals of dehydrated, packaged food, and continual weightlessness, which transforms everyday activities like sleeping and urinating.

Astronauts must also be willing to participate in life science experiments. One of their principal tasks is finding out what the impact of space is on human bodies.

“Space is actually quite a hostile environment for humans,” said Jennifer Ngo-Anh, the agency’s research and payloads program coordinator. “There are high levels of radiation, crews are living autonomously in confined and confining spacecrafts and are exposed to zero gravity, which leads to dramatic body adaptations.” Loss of muscle, bone mass and strength, as well as loss of blood volume, are among the temporary physical consequences of a long stay in space.

“You need to be an all-rounder,” Ms. van Der Tas said. “You don’t have to be the best at anything, but you need to be good at many things.”

So far, 90 percent of all astronauts have been men. The European Space Agency has sent only two women into space, Ms. Cristoforetti and Claudie Haigneré, who went there twice, in 1996 and 2001.

During the last recruitment round in 2008, only about 16 percent of the 8,000 applicants were women.

Recruiting more women has scientific benefits, Ms. van Der Tas said. “Space affects us very differently, depending on age, gender and ethnicity,” she said. “The astronaut corps worldwide is very small, so we need to diversify it as much as possible.”

To try to promote a scientific career among young women, there was even a Barbie doll modeled after Ms. Cristoforetti in 2019.

Ms. Cristoforetti said in an interview last year that the only time she felt being a woman was any sort of hindrance was when she had to put on a spacesuit sized for a man.

But in her book, “Diary of An Apprentice Astronaut,” published in English this summer, she admits that she experienced “discrimination that was subtle enough to have been ambiguous.”

Ms. Cristoforetti has just started training for another mission, which usually takes about two years. When she goes, she will leave behind her young daughter, now 4 years old.

Then she might face some of the challenges portrayed in a recent film, “Proxima,” which tells the story of a French astrophysicist, a single mother with a young daughter, preparing for a one-year mission in space.

Ms. Cristoforetti met with the lead actress, Eva Green, and the movie’s director, Alice Winocour, who said she wanted the film to be “as close to the reality as possible.”

“Cinema doesn’t often show women as both mothers and superheroines,” Ms. Winocour said. “It’s time that women should assume that you can be an astronaut and a mother too.”

Poles vote in presidential election that could define EU relations