Andy Murray has won his first ATP tournament since recovering from hip surgery, beating Stan Wawrinka in the final of the European Open.

The former world number one has had an injury ravaged few years and had not tasted success on tour since 2017, but came from a set down to beat the Swiss in Antwerp. 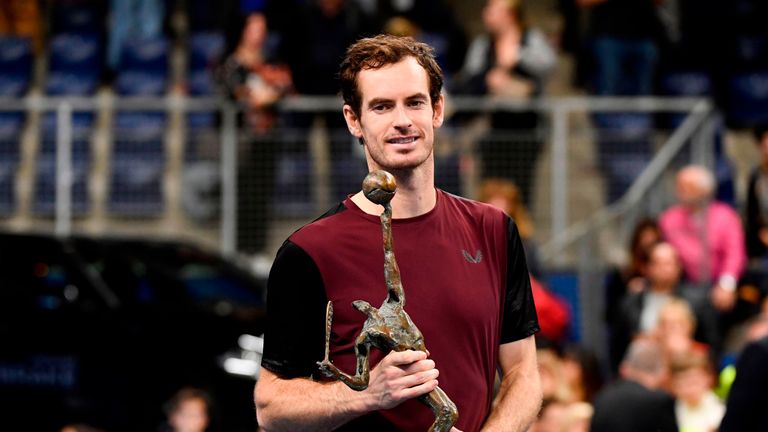 It was a remarkable comeback for Murray in more ways than one, having revealed plans to retire earlier this year because of a “severely damaged” hip that had been causing him pain “for a number of years”.

He underwent an operation in January in what was seen as a final throw of the dice to save his career, and he made a stunning return to tennis by winning the doubles at Queen’s alongside Feliciano Lopez in June.

But success over three-time Grand Slam winner Wawrinka was the greatest milestone yet of his comeback, and the tears soon flowed as the significance of his achievement dawned on him.

Wawrinka was twice a break ahead in the third set, but Murray dug in and hit back immediately both times before saving two more break points at 4-4 to leave Wawrinka serving to stay in the match.

Murray managed to see the job through, leaving the crowd on its feet.

Speaking to Amazon Prime after the match, the two-time Wimbledon winner and former US Open champion said he did not expect to get back to playing at the top level.

“Obviously it means a lot, the last few years have been extremely difficult, both me and Stan have had a lot of injury problems the last couple of years,” he said.

“It’s amazing to be back playing him in a final. I think it was a great match, Stan was playing unbelievable, hitting winners from all over the court.

“I just managed to hang in a bit at the end of the second set and the third set was extremely close again. I didn’t expect to be in this position so I’m very happy.

“This is one of the biggest wins that I’ve had after everything so I’m very proud.”

Murray is at a lowly 243 in the ATP rankings – making him the lowest-ranked ATP singles champion since Pablo Andujar won in Marrakech in April 2018, ranked 355.

He will climb more than 100 places to 127 thanks to his latest title, while Wawrinka will rise up to 18 as he continues to recover from knee surgery.

Murray will now head home to prepare for the birth of his third child, with wife Kim heavily pregnant.

Sir Andy said: “When I’ve been off the tour for the last few years my family has got bigger so I need to get on the road so we don’t get out of control!

“I’m excited for our third child and my wife has been a huge support to help get me back on the court and making me fight to keep playing.” The Briton, who memorably played with Serena Williams in the mixed doubles at Wimbledon in the summer, has confirmed he plans to take part in the Australian Open in the new year.

As for the rest of 2019, he may play in the Davis Cup finals in November.

Train delayed after it hits and kills cow on tracks