Car and food manufacturers operating in the EU have urged Mr Barnier to soften his plans that could see tariffs placed on many vehicles and food items. The trade bodies of these major industrial and agricultural sectors are concerned the proportion of parts or ingredients imported from outside the EU exceed certain thresholds. Boris Johnson’s Government has warned trade talks have so far failed to yield “as much as we’d hoped” at this late stage in the negotiations.

The UK insiders added the EU “can’t expect us to agree to a treaty under which we can’t move away from EU norms in important areas”.

Both sides have yet to come up with an agreement as to which goods will be tariff-free when traveling across the channel in both directions. 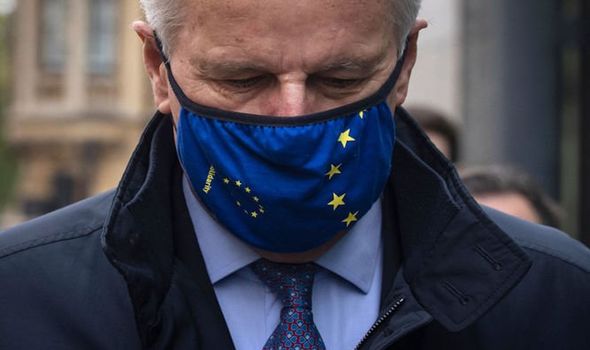 Ahead of today talks , the European Automobile Manufacturers Association sent a letter to Mr Barnier stating the EU’s “rule of origin” proposals deviated from “standard rules” in trade agreements.

The Association said the proposals would have “negative consequences” for EU car manufacturers.

However the UK side as proposed a solution.

This would be a system where manufacturers would be able count or “cumulate” foreign-derived parts or ingredients as “local” when exporting to Europe. 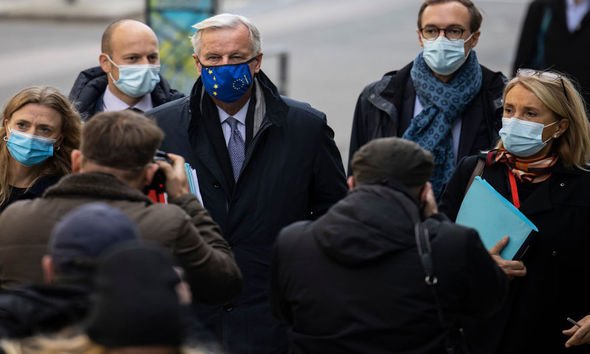 The EU want to impose a measure to require a minimum level of “local content” in all manufactured goods to allow them to qualify for zero tariff access to the bloc.

Under Mr Barnier’s proposals EU car battery packs would have to contain no more than 56 percent of “non-orginating” material in their components.

This is a huge increase as currently the proportion of EU parts in car battery packs sits at around 20 percent, leading to a shortage in non-tariffed components.

The European Automobile Manufacturers Association letter stated: “Alternatives must be considered, as it is critical to ensure that motor vehicle exporters are not burdened by substantial tariffs on trade with the UK when there is no EU battery interests that would be compromised by a flexible approach.” 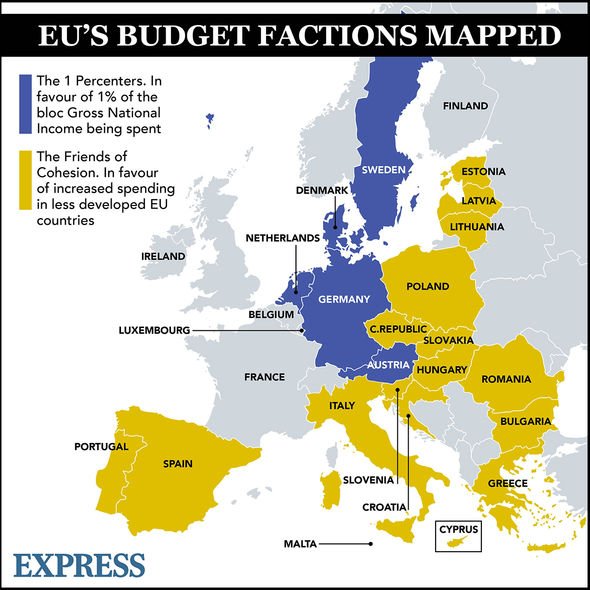 European food and drink firms sent a joint letter to Mr Barnier and Lord Frost, stating: “An area of real concern that is shared by food and drink businesses on both sides is around the damaging impacts rules of origin could have for our highly integrated supply chains.

“In the case of food and drink, this will only be possible if both sides agree to put in place bespoke rules of origin.”

Pubs with beer gardens will be first to reopen