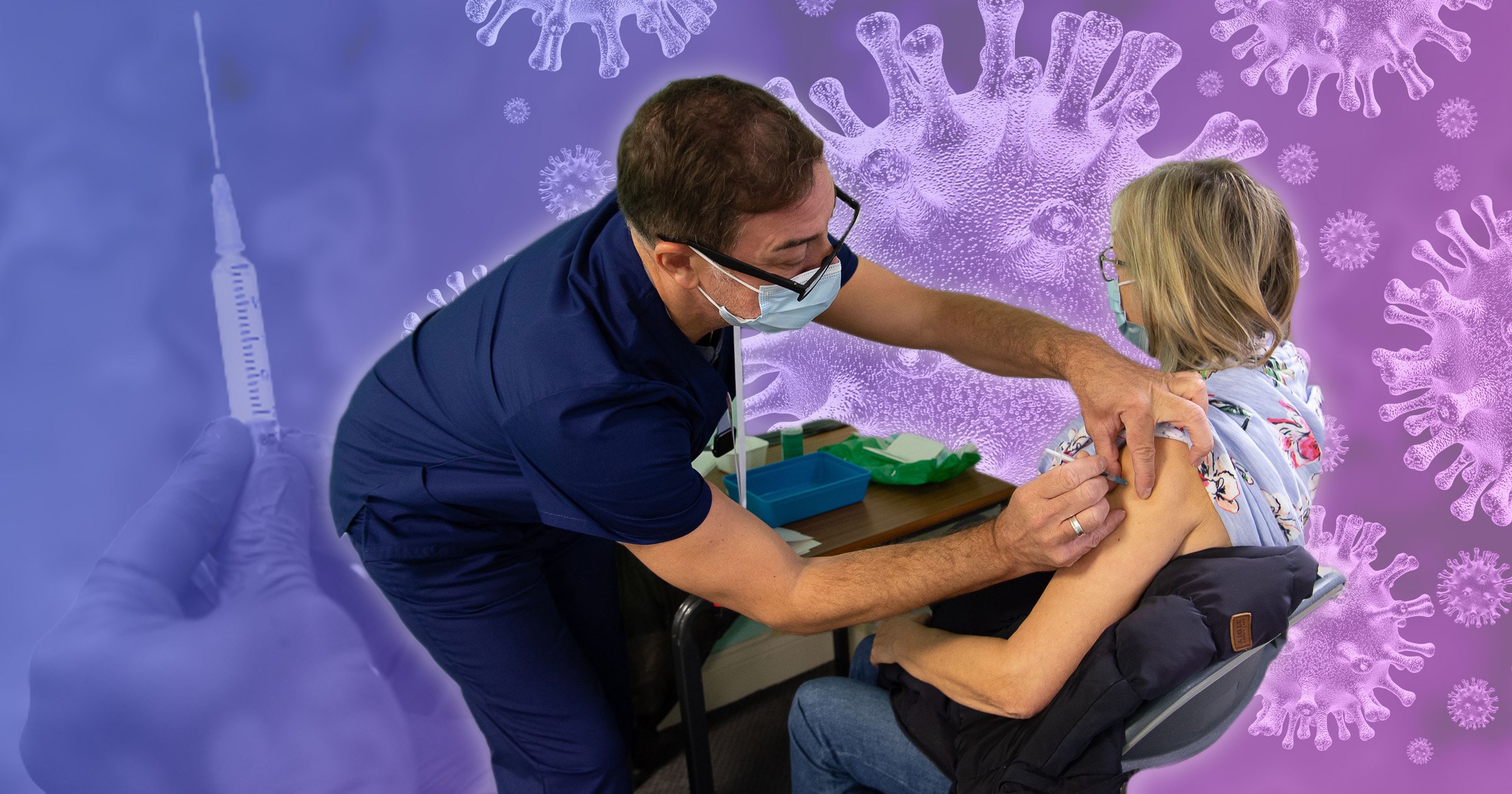 All adults will be eligible to get booster jabs against coronavirus after half the time previously planned, it has been announced.

People over 18 will now be able to get a booster three months after their second jab, rather than the six months it had been until now.

The Joint Committee on Vaccination and Immunisation (JCVI), which advises the government, changed its guidelines today to say that all adults aged 18 to 39 should be offered a booster dose, in order of descending age groups, to increase their level of protection. Those aged 40 and over were already eligible for a booster vaccine.

Although the criteria has now changed, it doesn’t necessarily mean that everyone will be able to book their booster immediately.

There is likely to be a rush of people trying to arrange their jabs, with the NHS booking website already using a queueing system and not updated with the new guidelines yet either.

The advice says that patients should still be offered the jab in order of risk, with older people first, so some areas may have availability quicker than others.

It comes as nine cases of the new Omicron variant, first identified in southern Africa last week, have been confirmed across the UK.

He said it was still too early to give a definitive assessment of the variant but it is ‘the new kid on the block for now and I think it’s true to say that scientists around the world, not just in the UK, agree that this one is of increased concern’.

He said that although it did appear that vaccines could be less effective when it came to the new Omicron variant, they still had an effect and should prevent against serious disease.

Professor Wei Shen Lim, chair of the JCVI said: ‘Having a booster dose of the vaccine will help to increase our level of protection against the Omicron variant.

‘This is an important way for us to reduce the impact of this variant on our lives, especially in the coming months.

‘If you are eligible for a booster, please take up the offer and keep yourself protected as we head into winter.’

The JCVI said that both the Moderna and Pfizer/BioNTech vaccines can be given as a booster for adults – with equal preference given to both.

Amanda Pritchard, chief executive of NHS England, said: ‘As we look to expand the NHS vaccination programme, which is an absolute priority for the next few days and weeks, we do know we will not be able to do it alone.

‘So I really hope that, once again, we will see volunteers coming forward to help what is still a vital national effort.

‘The weeks and months ahead are going to be difficult for NHS staff and potentially for the whole country.

‘But I know that NHS staff will again move heaven and earth to vaccinate as many people as possible, giving us all the best chance to enjoy Christmas with family and with friends.’

Professor Anthony Harnden, deputy chair of the JCVI, earlier described extending the age range for boosters and reducing the gap between second and third doses ‘a sensible strategy’.

He told BBC Radio 4’s Broadcasting House that speeding up the roll-out to millions would provide logistical challenges.

‘What we want to do is make sure that it’s done in a sensible order so that those that are most vulnerable for this infection can get boosted and their natural immunity levels can go up,’ he said.

Speaking ahead of the announcement on vaccine policy, Scottish First Minister Nicola Sturgeon said that jabs remain the ‘most important line of defence’, and said the Scottish Government is ready to put into operation any updated advice from the JCVI regarding boosters.

Ms Sturgeon said: ‘We will do that as quickly as is possible.’

The First Minister added: ‘I want to stress at this point, if – and it is still an if – the vaccines do prove to be less effective against this new variant, vaccination will still be hugely important – less effective does not mean ineffective.

‘If anything the new variant makes it more important not less important to get all doses of the vaccine.’

‘We understand and support every government’s responsibility to protect its own people. It’s natural,’ Dr Tedros said as he addressed special session of the World Health Assembly.

‘But vaccine equity is not charity; it’s in every country’s best interests. No country can vaccinate its way out of the pandemic alone.’

Mutations, such as the Omicron variant now causing anxiety and reintroduction of some restrictions, are more likely to occur when the virus is widespread.

He told those gathered: ‘Instead of meeting in the aftermath of the pandemic, we are meeting as a fresh wave of cases and deaths crashes into Europe, with untold and uncounted deaths around the world.’

‘And although other regions are seeing declining or stable trends, if there’s one thing we have learned, it’s that no region, no country, no community and no individual is safe until we are all safe.’