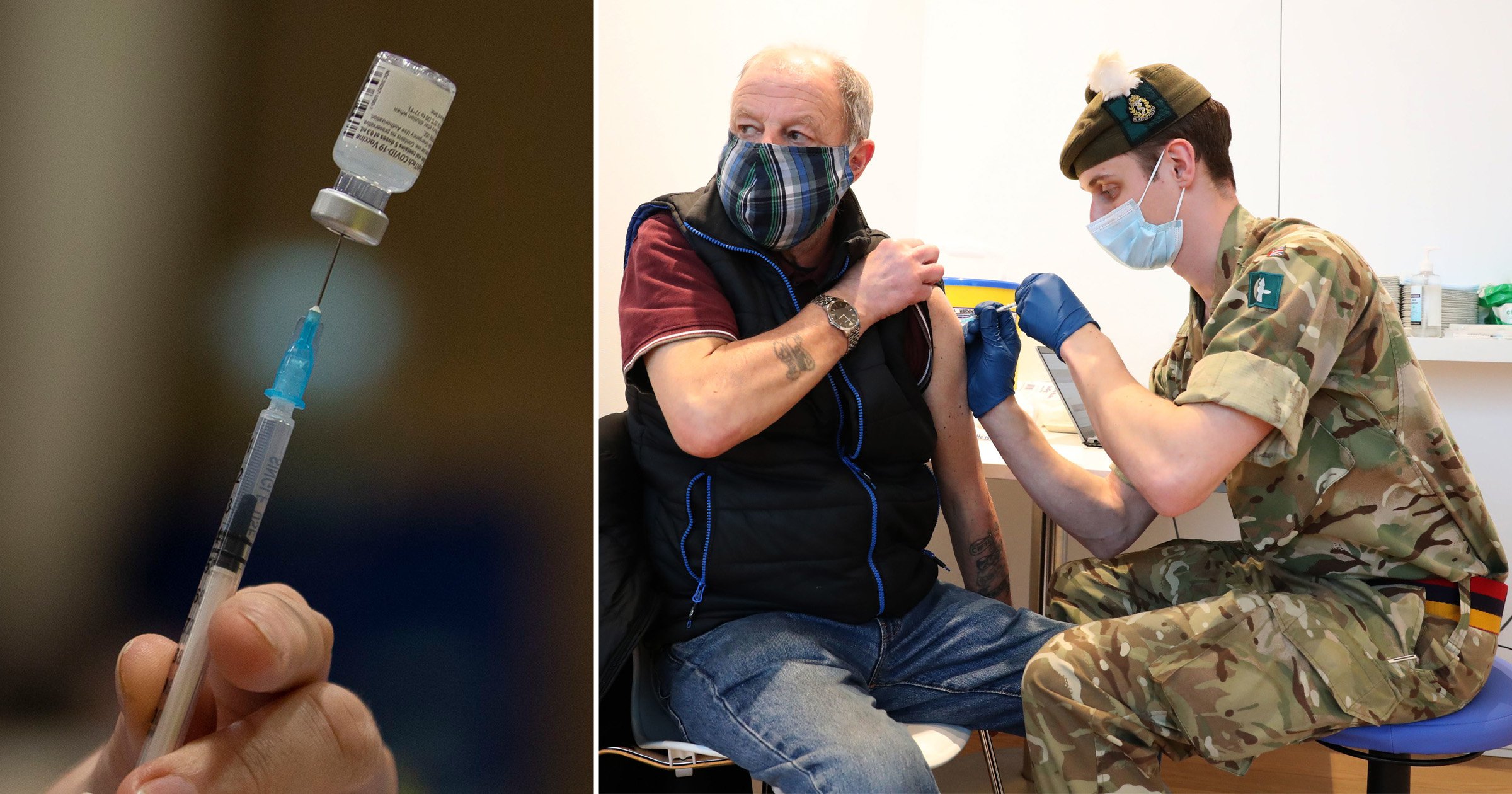 Everyone aged 50 and over should receive a coronavirus vaccine by May, the Government has announced.

Downing Street confirmed the vaccine programme plans to have reached all those aged 50 and over, as well as adults aged 16-65 in an at-risk group, by May – having previously said it aimed to do so ‘by the spring’.

Health Secretary Matt Hancock warned that ‘lots of things have got to go right’ to hit the goal, including supply, but he said he was ‘sure’ it was achievable. More than 10.9 million first doses have already been given.

According to the Government’s vaccines delivery plan, some 32 million people across the UK are estimated to fall into the first nine groups. There are 52.7 million people aged 18 and over in the UK.

However, amid signs of confusion in Whitehall, the Cabinet Office issued a press notice on Friday morning stating the UK vaccine programme planned to reach all nine priority groups by May.

It said the rollout of the programme meant that local elections could go ahead in England and Wales on May 6 as planned.

The document states: ‘Our public health response – not least the vaccination programme, which we plan will have reached all nine priority cohorts by May – means that we can commit to go ahead with these polls with confidence.’

But less than three hours after it was released, Downing Street said it had been issued ‘in error’ and was being withdrawn – only to row back a few minutes later and confirm it was correct.

In a chaotic online briefing for political journalists, a No 10 spokesman said: ‘This was issued in error. I believe the Cabinet Office have now withdrawn it.’

But when pressed again on the issue, the spokesman said: ‘It isn’t actually being withdrawn.

‘We have confirmed today that the elections must go ahead. The Government is supporting that delivery with funding and plans that they take place in a way that is Covid secure.

‘The Cabinet Office document is correct.’

The spokesman said Boris Johnson would set out a ‘precise timeline’ when he publishes the Government’s roadmap for lifting lockdown restrictions in England on February 15.

Mr Johnson has faced sustained pressure from some Tory backbenchers to relax the measures as soon as possible, but scientists advising the Government have warned against opening up too quickly.

Professor Graham Medley, chairman of the Scientific Pandemic Influenza Group on Modelling (Spi-M), said ministers should ‘make decisions dependent on the circumstances, rather than being driven by a calendar of wanting to do things’.

But Mark Harper, chairman of the Covid Recovery Group, made up of lockdown-sceptic Conservative MPs, said it will be ‘almost impossible to justify having any restrictions in place at all’ by the time the top nine groups have been vaccinated.

In a sign that the current measures are working, the reproduction number, or R value, of coronavirus transmission across the UK fell to between 0.7 and 1, according to the latest Government figures – down from between 0.7 and 1.1 last week.

And estimates from the Office for National Statistics (ONS) suggested about one in 65 people in private households in England had Covid-19 between January 24 and 30 – compared with one in 55 the previous week.

However, a further 1,014 people died within 28 days of testing positive for Covid-19 as of Friday and there were another 19,114 lab-confirmed cases of coronavirus in the UK.

READ MORE: Expect a knock on your door from the council if you refuse to get the vaccine