Home » Europe » Everything we know about the Downing Street Christmas party 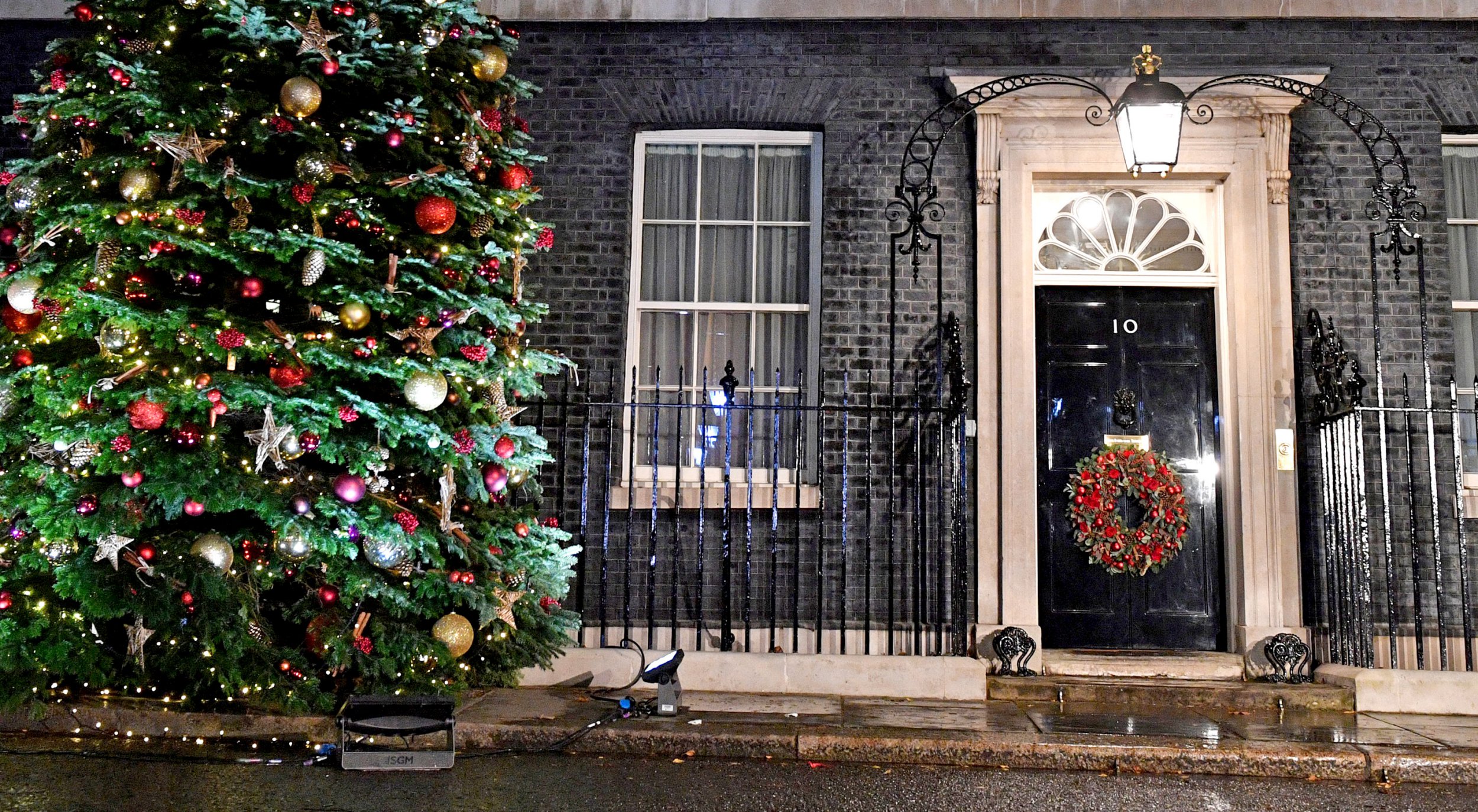 It’s been a week since Downing Street was accused of holding a Christmas party at No10 last December, while London was under a Tier 3 lockdown that banned indoor social gatherings.

The Government has repeatedly insisted there was no party and coronavirus restrictions had been followed at all times – despite multiple sources claiming otherwise.

The Prime Minister is now being urged to ‘come clean and apologise’ after footage was leaked showing senior aides appearing to joke about a secret lockdown party.

Ministers were in hiding this morning as Boris Johnson faced calls to resign – though foreign sec Liz Truss did break cover to insist Downing Street ‘does follow Covid rules’.

The Prime Minister – who appeared to have skipped his regular jog this morning – was forced to address the scandal at a bruising PMQs this afternoon.

He said the video made him ‘furious’ but insisted there was no party.

However, he said there would be a full investigation by the Cabinet Secretary to ‘establish the facts’.

Here, we take a look at all the claims facing No 10 about the lockdown parties.

What did the video show?

Footage obtained by ITV shows the Prime Minister’s then press secretary Allegra Stratton answering questions at a mock press conference on December 22 about a party the previous Friday – the date of the alleged rule-breaking gathering.

In the clip, adviser Ed Oldfield asked Ms Stratton: ‘I’ve just seen reports on Twitter that there was a Downing Street Christmas party on Friday night, do you recognise those reports?’

Ms Stratton replied ‘I went home’ before appearing to consider what the correct answer should be.

During the rehearsal, filmed as part of a subsequently-abandoned plan for Ms Stratton to lead televised press briefings, Mr Oldfield pressed her for an answer.

He asked: ‘Would the Prime Minister condone having a Christmas party?’

Ms Stratton asked ‘what’s the answer’ and staff in the press room appeared to suggest ideas, with one saying ‘it wasn’t a party, it was cheese and wine’.

She replied, ‘Is cheese and wine alright? It was a business meeting,’ to laughter in the room.

Ms Stratton then noted ‘this is recorded’, adding: ‘This fictional party was a business meeting … and it was not socially distanced.’

The leaked footage was shot in the media room at 9 Downing Street, which was refurbished at a cost of £2.6 million in preparation for the televised broadcasts before the plan was ditched.

It is unclear whether the aides were workshopping a fictitious event or one which actually took place.

However, it has sparked outrage following multiple reports of a Downing Street party on December 18.

When was the Downing Street Christmas party?

The Daily Mirror was first to report that a large party was held on December 18 last year, where around ’40 or 50′ people were said to be crammed ‘cheek by jowl’ in a room in Number 10.

It has been a week since the story broke, and more details have emerged about the do.

The Times reported that the bash was organised by civil servants in a Whatsaap group and people were asked to bring Secret Santa presents and some wore Christmas jumpers.

Staff brought their own alcohol and food and employees from other departments joined in an ‘impromptu way’, the newspaper alleged.

One source told the BBC that food and drink was laid on for staff including those from the press office and No10 events team, and that party games were played.

There is no suggestion Boris Johnson was at the party on December 18.

But there are multiple reports of another event on November 27, when the UK was in its second national lockdown.

On this day Mr Johnson is said to have given a speech at a packed leaving do for a senior aide, who the Guardian identified as Cleo Watson.

A source with knowledge of the November 27 gathering told the newspaper that Johnson came in and made a speech, mentioning how crowded it was in the room before leaving shortly afterwards to continue working.

The source added that there were ‘loads of leaving parties’ and unplanned social events that took place in Downing Street throughout the second and third lockdowns.

Several sources have also told the BBC about a separate Christmas quiz that took place for No10 aides in the Cabinet Office at a similar time last year.

Political correspondent Ione Wells said one source claimed emails were sent out to everyone who worked in No10 inviting them to the quiz and to form teams ahead of time.

The source added some people wore Christmas jumpers to the office that day and didn’t seem to realise ‘how ridiculous’ it was at the time.

Downing Street has insisted the event was ‘virtual’.

But sources told the BBC that while some people were invited to join on Zoom, others were there in person and sat in teams of six.

What has the Government said?

The Government has insisted there was no Christmas party and all Covid rules were followed.

Boris Johnson has stood by this even after saying his cabinet secretary would investigate the claims and if rules were broken, ‘then there will be disciplinary action for all those involved’.

However, No 10 won’t say if the senior official who has been asked to investigate the party, Simon Case, was actually at the party.

In relation to the video, Mr Johnson said he was furious ‘at seeing No 10 staff seeming to make light of lockdown measures’.

‘I apologise unreservedly for the offence that it has caused up and down the country and I apologise for the impression that it gives,’ he said in an opening statement at PMQs.

But Labour leader Sir Keir Starmer has accused the PM of lying and taking the public ‘for fools’.

When the story initially broke last week, Mr Johnson stopped short of denying the reports, instead saying that what happened was within the rules.

He told PMQs that ‘all guidance was followed’ – a line repeated by vaccines minister Maggie Throupe the next day.

Then at the weekend, Justice Secretary Dominic Raab said parties weren’t allowed and ‘if there was a formal party held, of course that is clearly contrary to the guidance’.

However, the law at the time made no distinction between types of parties, formal or otherwise.

It said: ‘No person may participate in a gathering in the Tier 3 area which consists of two or more people and takes place in any indoor space.’

On Monday, Boris Johnson joined Merseyside Police on a drugs raid and was asked by reporters again about the December 18 party.

He said: ‘On this business that’s in the media constantly, all I can say is no Covid rules were broken and there you go’.

However, he failed to explain how that could be the case.

Asked about the alleged November 13 party at PMQs, Mr Johnson said ‘no’ an event did not occur.

But he then added: ‘I’m sure whatever happened the guidance was followed and the rules were followed at all times.’

And on the reports of the quiz, Downing Street insisted the event was ‘virtual’.