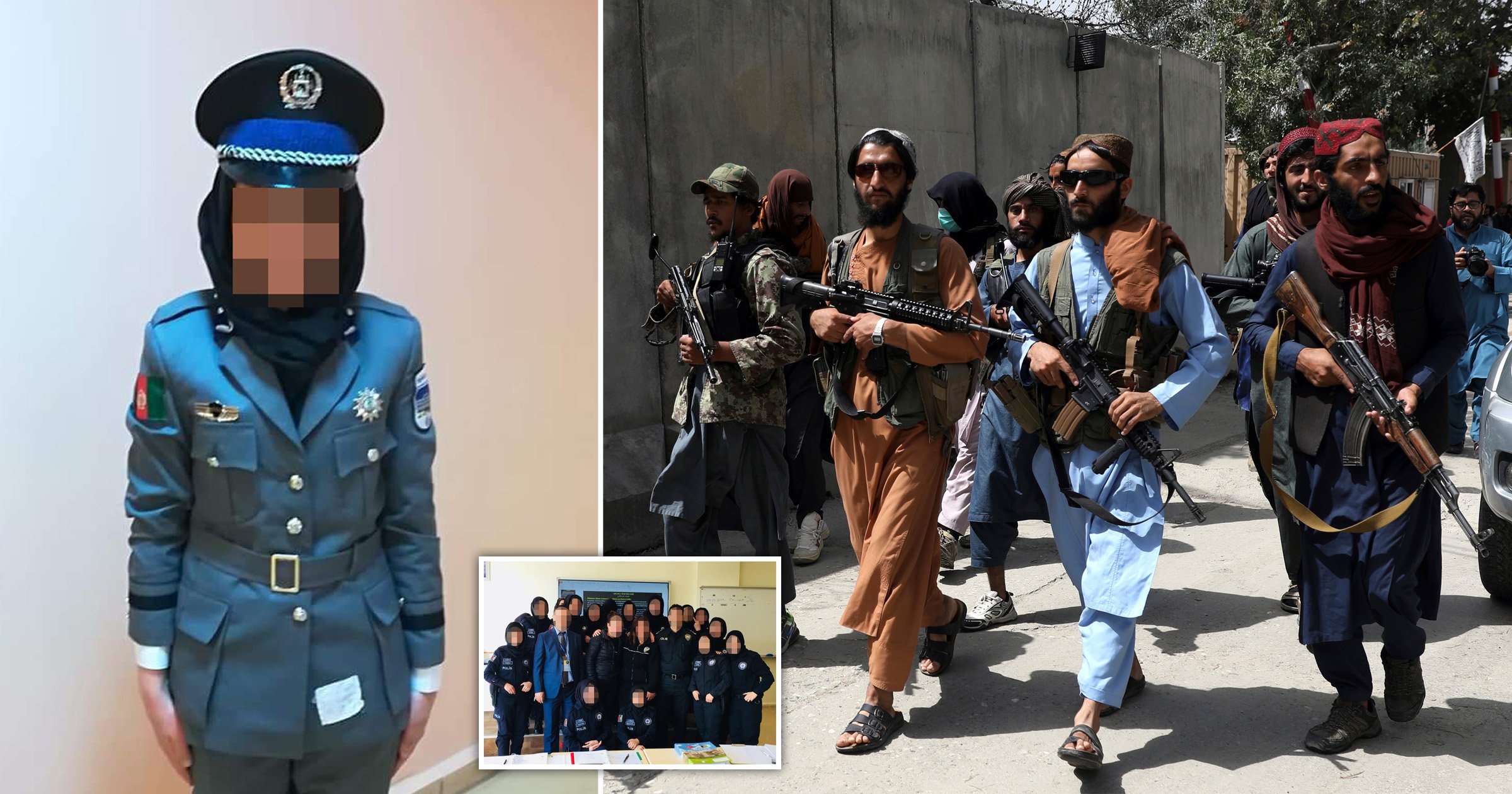 A former Afghan police sergeant has said she would prefer death to living like a prisoner under the Taliban, who she fears are targeting women associated with the previous government.

Zahra, who has fled from Kabul back to her home in one of the country’s provinces, told Metro.co.uk that the new rulers’ overtures to moderate their barbaric approach were in stark contrast to the ‘hell’ that she was experiencing as she remains in hiding.

She had been staying in a rented house in the city but fears that the Taliban will track her down after taking over her former police station.

Zahra, who took a dawn taxi trip back to her former home today, said that her work for peace and security had ‘amounted to zero’ and she feared a ‘very dark future’.

She painted a drastically different picture to the message from the Taliban at a press conference on Tuesday, where they said women would be able to work and go to school.

‘Almost no women are on the streets in Kabul,’ Zahra said.

‘We are afraid, bored and devastated at what has happened to Afghanistan.

‘Only old women can go outside for emergency needs and schools and universities are practically closed.

‘Women cannot go to work and have no future. They are imprisoned like criminals, with the only difference that they are jailed in their homes.’

Having trained in Turkey, Zahra was deployed to Kabul as a computer specialist and office administrator.

She went into hiding after Kabul fell to the insurgents, who swept across the country within two weeks and now control the public offices where hardware containing digitised files of the Afghan National Police is kept.

Zahra, who spoke under an assumed name to protect her safety, had been in her home province before Kabul fell, travelling to the city to try and secure evacuation out of the country, but has now returned to her district in order to evade the Taliban by keeping on the move.

‘All my efforts and the hope I had for a brighter future for Afghanistan have vanished,’ she said.

‘The Taliban control the police department while I am imprisoned in my house, where I cannot even go in the yard. No woman dares to even think of going back to work under Taliban rule.

‘I see a very dark future for me in Afghanistan. All my studies, hard work and efforts to build a better future for myself and other women has amounted to zero. It is as if I have done nothing.

‘I am not human because of my gender, I am made for house work only.

‘We live in hell in this world, all the time worried until we are mercilessly killed by some illiterate inhuman insurgents

‘I hate this situation and I prefer death than living under this circumstances and situation.’

The former public servant said she placed no faith in the Taliban’s assertion that women will play a ‘very active’ role in society. The high command has also said that there will be an amnesty for those associated with the deposed government and foreign missions.

Zahra was part of what she and other women hoped would be a new era for Afghanistan as they took jobs as police officers, ministers and judges in a marked departure from the brutal repression meted out by the previous Taliban regimes, which included public beheadings and stonings.

‘The Taliban just want to escape from the international community’s rage against their retribution and crimes,’ she said.

‘Neither my colleagues nor I can trust them as they have always hated women working outside homes, especially in the security sector.

‘It is reported that Taliban have begun secretly searching for female police women. As they control the Ministry of Interior affairs and my police department, and have all our official files, it is not hard for them locate me in Kabul. Therefore I must be on the move.’

Zahra, whose close family includes other members who helped the international mission, now hopes to be relocated under the UK’s new emergency resettlement programme.

The scheme includes 5,000 people who will be granted asylum status by the end of 2021.

Zahra hopes she will be among those airlifted to safety, even though she is now around 150 miles away from Kabul airport, where there have been reports of the Taliban tearing up travellers’ passports and whipping people as they make their way to the evacuation point.

‘My only hope is that the UK and US governments evacuate women and girls whose lives are imminently threatened,’ she said.

‘I watched on the news that the UK has a new plan to relocate 20,000 at risk Afghan people to UK. I can only hope and pray I will be one of those rescued from the Taliban.’