Allison Pearson, Daily Telegraph columnist, drew comparisons between the former Newsnight host’s departure from the taxpayer funded corporation to the Duchess of Sussex’s sensational exit from the Royal Family. Ms Pearson launched a blistering attack on Ms Maitlis and accused her of being a “wannabe star who turns interviews into a story about her” following her departure from the BBC after 20 years.

It comes after Ms Maitlis criticised her former employer when she compared the BBC’s impartiality rules to “censorship” following her move to a daily podcast at rival broadcaster LBC.

Duchess Meghan has also made a number of highly critical comments about the Firm following her exit from royal life back in 2020. 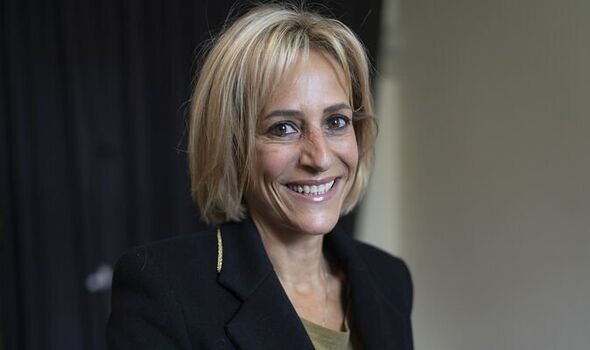 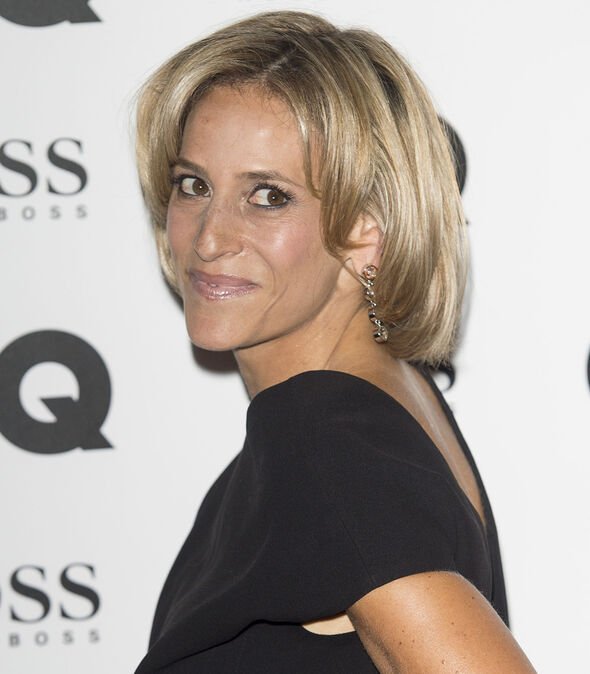 “While self-effacing presenters like Sophie Raworth quietly get on with the job (I have no idea what Raworth’s opinions are), Maitlis aspires to be an American-style anchor with a dedicated trailer for her ego.

“She is the wannabe star who turns interviews into a story about her.

“The BBC, which she now so absurdly condemns for Right-wing kowtowing, gave Maitlis a prestigious platform and an audience of millions.

“In her new, smaller booth at LBC, the presenter can be as partial and political as she likes because, at long last, she will be talking to a select audience that agrees with Emily Maitlis. Herself.”

It comes after Ms Maitlis said a rebuke she received from BBC bosses over on-air remarks about Dominic Cummings “makes no sense”.

The BBC warned Ms Maitlis she has broken its impartiality rules when she said “the country can see” the prime minister’s then adviser Dominic Cummings had broken coronavirus lockdown rules.

Speaking at the Edinburgh Television Festival, Ms Maitlis said: “Why had the BBC immediately and publicly sought to confirm the government spokesman’s opinion, without any kind of due process?”It makes no sense for an organisation that is, admirably, famously rigorous about procedure – unless it was perhaps sending a message of reassurance directly to the government itself?”

She added: “Put this in the context of the BBC board, where another active agent of the Conservative party – former Downing Street spin doctor and former adviser to BBC rival GB News – now sits, acting as the arbiter of BBC impartiality.”

“Impartiality, in its true sense, is about covering stories without fear or favour. I get nervous when impartiality is used as a way of shutting down journalists. Is it because you were asking questions you shouldn’t have been?

“I don’t think that’s impartiality – that’s censorship. And if your journalism is going to suffer by staying somewhere where you cannot ask those questions, what are you doing, right?”In response to the criticism the corporation issued a statement saying:”The BBC places the highest value on due impartiality and accuracy and we apply these principles to our reporting on all issues.

“As we have made clear previously in relation to Newsnight we did not take action as a result of any pressure from Number 10 or government and to suggest otherwise is wrong. The BBC found the programme breached its editorial standards and that decision still stands.”

Ms Maitlis first joined Newsnight in 2006 and her most famous interview on the current affairs show came when she sat down with Prince Andrew in November 2019 to discuss his relationship with convicted sex offender Jeffery Epstein.

The interview saw her win the Network Presenter of the Year award at theRTS Television Journalism Awards in 2020.

She is now working with Global alongside BBC correspondent Jon, who started his career at the BBC in 1983 as the one-time chief political correspondent for BBC News 24, and, in 2005, replaced Jeremy Vine as the lead presenter of The Politics Show.