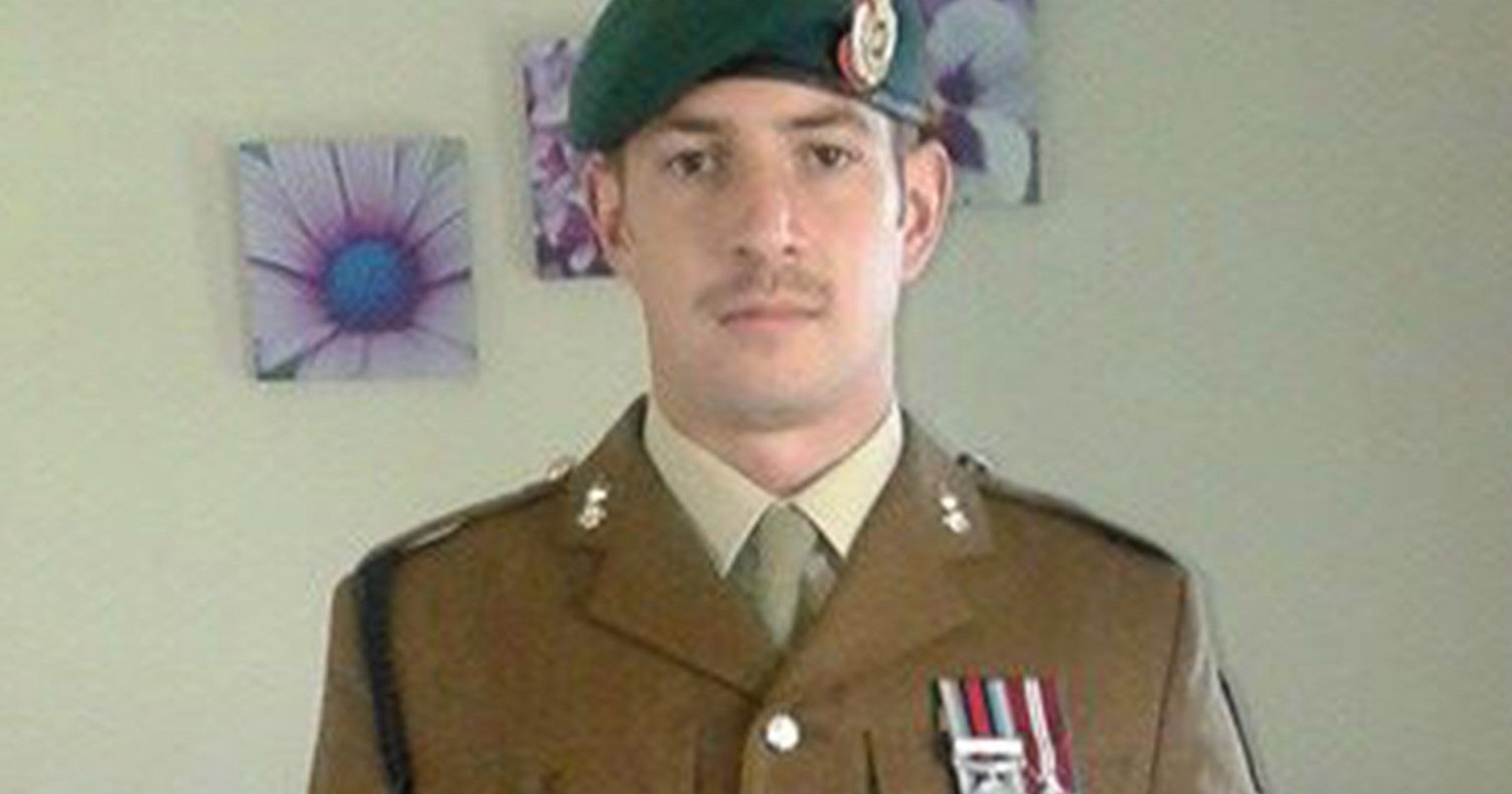 A former army commando who stabbed his next door neighbours to death while their children slept upstairs following a long-running row over parking has been convicted of the double murder.

Collin Reeves, 35, used the ceremonial dagger given to him when he left the forces to stab young married couple Stephen and Jennifer Chapple six times each at their house in Norton Fitzwarren, near Taunton in Somerset, on the evening of November 21 last year.

He was caught on a security camera climbing the fence separating their gardens and entering through the back door. A few seconds later Mrs Chapple can be heard screaming in terror, with Reeves shouting ‘die you f****** die’.

Mrs Chapple, 33, did not even have a chance to stand up from the sofa to defend herself while Mr Chapple, 36, was found close to the rear door, Bristol Crown Court heard.

Reeves called the police to tell them what he had done, but later denied murder and instead pleaded guilty to manslaughter on the grounds of diminished responsibility.

On Friday, a jury at Bristol Crown Court found him guilty of murder after five hours and 21 minutes of deliberations.

Reeves did not react as the verdicts were read out but his wife Kayley wept and was able to hold her husband’s hand in the gaps in the glass of the dock for a few seconds before he was led to the cells.

The Chapples’ family, who were seated in the public gallery, held hands as the verdicts were returned and many of them were in tears.

The court heard the Chapples and Reeves previously had a good relationship but it had deteriorated when Mrs Chapple learned to drive and bought a second car.

Rows over parking spaces escalated to the point that both Reeves’ wife Kayley and Mrs Chapple had told their friends they were anxious about bumping into each other on the school run.

Ten days before the killings, Reeves was caught on a door bell camera approaching Mrs Chapple outside her house following an earlier exchange between her and Mrs Reeves.

He accuses Mrs Chapple of ‘f***ing gobbing off you cheeky little bitch’.

The Reeves had also been having trouble in their own marriage, and less than an hour before he stabbed the Chapples, Mrs Reeves had asked her husband for a trial separation.

After the killings, Reeves was recorded in the background of the 999 call telling someone, believed to be his mother Lynn, ‘I couldn’t let her (or them) torment Kayley any more’.

Reeves said he had little memory of the incident but recalled sitting on the stairs in tears after the conversation with his wife.

He claimed he did not remember taking his dagger out of the picture frame in which it was usually displayed.

The defendant, who had previously recounted his fear of CCTV cameras and being under surveillance, said the next thing he recalled was a bright light coming on, and trying to get down on his front.

‘I felt as though I had been seen or compromised, white light was a trigger when I was a soldier, when a light goes on or somebody sets off a flare, when that white light goes up something is going to happen,’ Reeves said.

Asked what else he remembered, the defendant said: ‘I had a feeling like it was me or them.’

Adam Feest QC, prosecuting, asked: ‘When your wife said you needed to have a separation, did you at least, in part, blame Jennifer because she had tormented (your wife)?’

He added: ‘I can’t let her or them “torment Kayley” – I want to suggest that this is an accurate expression of why you went around to your neighbours that night. I’m going to suggest that’s the truth.’

At the police station he appeared confused and gave his name as ‘Lance Corporal Reeves, sir’ and his service number.

Two forensic psychiatrists concluded Reeves was not suffering from post-traumatic stress disorder or psychosis, but diagnosed him with moderate and mild depression respectively.

Both said he could be suffering from ‘dissociative amnesia’ – a condition common in perpetrators of domestic homicide when they are unable to process what they have done.

Dr John Sandford, appearing as a prosecution witness, said: ‘This is nothing to do with depression – it’s a reaction to a traumatic act, something that is usually a reaction to something you’ve done rather than something done to you.’

Mr Justice Garnham adjourned Reeves’ sentencing hearing until Tuesday and thanked the jury for their work on the case.

Heartbroken parents say toddler suffered complex brain injury in hit-and-run: 'We are hoping and praying for a miracle'