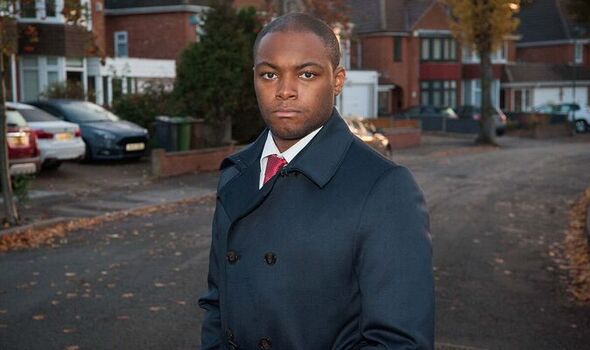 The former assistant Police and Crime Commissioner for has been banned from the roads after drink-driving and crashing his car.

Ashley Bertie, who served his role for four years, said he consumed four pints of cider whilst watching England’s goalless draw against USA in the World Cup group stage last month. A court heard the 30-year-old man hit the kerb and lost control of his Renault Megane in Oscott, Birmingham, several hours after the match ended.

Bertie remained at the scene and police could smell alcohol on him. It later transpired the driver was more than twice over the drink-drive limit, Birmingham Live reports.

On the way to the police station, he questioned officers about what impact the offence would have on his employment and what the maximum sentence was.

Birmingham Magistrates’ Court heard Bertie is currently looking for work and will now struggle to pay his council tax.

But he pleaded guilty to drink-driving, was banned from the roads for 18 months and fined £120.

Bertie addressed the magistrates on Thursday, saying he was “deeply embarrassed” and apologised for taking up their time.

Sentencing him, the chair of the bench said: “We have read all the letters which do make good reading of your good character. But I’m afraid with character comes responsibility. Drink driving can cause havoc in people’s lives.”

Nevertheless, before leaving court, Bertie said: “I recognise the error I made. It is unforgivable. I am deeply embarrassed and ashamed of my actions. I totally understand the severity of my actions.

“It’s fortunate no one was hurt as a result. I would like to say thank you to the magistrates for their time and apologise. I understand you are under significant strain and resources are tight. I’m sorry for adding to your workload and burden this morning.”

Ekene Pruce, prosecuting, had told the JPs Bertie had caused significant damage to his car in the collision.

“Police received reports of an RTC (road traffic collision) and the road blocked by a Renault Megane,” the lawyer said.

“Police were informed by one of the fire officers the driver of the vehicle was now sat in his friend’s car on the other side of the road.”

She told the court that Bertie, of Stockland Green, Birmingham, identified himself to the officers.

Ms Pruce added: “Mr Bertie confirmed he had been driving, had collided with the kerb which caused him to spin and caused damage to his car.

“The officer noticed a strong smell of alcohol coming from Mr Bertie. His eyes were glazed and bloodshot. He was unsteady on his feet and had slurred speech. Due to this he was arrested.

“Whilst being taken to custody he asked the officer what the maximum sentence would be for driving under the influence. He continued to ask questions about the impact of the charge on his employment status.”

She confirmed Bertie produced a reading of 75 mircograms of alcohol per millilitres of breath – against the legal limit of 35 – and that in interview he said he had “four pints of cider while watching the England game”.

Bertie’s solicitor, who would only give his name as Mr Peterson, handed a number of references up to the bench. He said: “They paint a very clear picture. One can summarise those by saying it’s very sad that someone with such enormous potential, who has already served his community magnificently, finds himself involved in this.”

Mr Peterson confirmed Bertie had resigned from his last employment, had ‘limited’ savings but was in a position to pay a fine and would be seeking to find work in the new year. He told the court his client would ‘struggle’ to pay his bills, including his council tax among other ‘financial commitments’ and added: “It will be difficult. It will be difficult also for his family who like the defendant is deeply ashamed of what has happened.”

Bertie was also ordered to pay £135 court costs as well as £48 victim surcharge. He accepted the offer of a drink driving course to reduce the length of his ban.