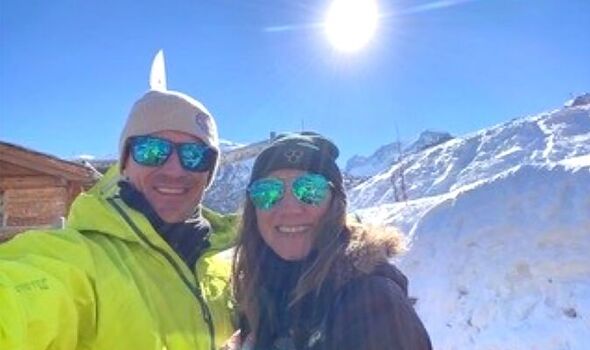 A former RAF pilot killed during a test flight in a training exercise had been told the aircraft was “broken” days before the tragedy, an inquest has heard. David Ashley, 49, died after he ejected from a military jet over Monte Legnone, near Colico, Lombardy, on March 16.

His widow Heather Ashley said her husband received a voicemail message from flight commander, Giampaolo Goattin, on March 8 saying the flight had been postponed until March 16 because the “jet is broken”.

It remains unclear what the fault was.

Mrs Ashley is now suing the manufacturer for compensation of more than £1million through the UK High Court.

Dorset coroner Rachael Griffin told the Bournemouth hearing that Mr Ashley had received a voicemail message from Mr Goattin on March 8 saying the flight had been postponed until March 16 because the “jet is broken”.

The father of two sons had been employed as an instructor to train other pilots to fly the plane and was involved in his first flight in the jet.

Mr Ashley, who was flying with Mr Goattin, 53, lost control as the jet made a second loop.

According to lawyers representing Mr Ashley’s family, Mr Goattin, who survived the crash, made the order to eject from the aircraft.

Dorset coroner Rachael Griffin called for urgent reassurance that the Italian fighter jet is safe to fly during the Bournemouth hearing.

Ms Griffin ordered legal representatives from Leonardo to provide confirmation that it had carried out investigations to ensure the jet was safe.

James Healy-Pratt, of Keystone Law, representing Mr Ashley’s family, told the hearing that a similar model of the jet, the M-346AJT, had been flown in the UK since the accident.

He said the £25 million aircraft had been marketed at the Farnborough Airshow where former prime minister Boris Johnson was pictured with Leonardo’s chief executive.

Mr Healy-Pratt said: “It’s close to Mrs Ashley’s heart for Leonardo to answer why is this aircraft still flying when they haven’t even carried out an investigation.”

The inquest was told that it had been reported that the aircraft involved in the crash had been sold to the Turkmenistan air force and had been returned to Italy for modifications, but it was not clear whether these alterations had been made.

The coroner said the public prosecutor’s office was investigating the crash with an initial report expected in March, with further legal proceedings expected to follow.

She said this would impact on when a full inquest could be heard into Mr Ashley’s death but her office would continue its own investigations.

Miranda Hill KC, representing Leonardo, said an investigation had commenced but it was unable to provide full details because of confidentiality requirements of the Italian public investigation.

Ms Griffin said: “We need reassurance these are safe aircraft to be continued to be used and tests have been taken.

“I do not know if this is a pilot error or plane malfunction or both.”

She called on Leonardo to provide a response within seven days, adding: “It’s a matter of public safety.”

Speaking to Mrs Ashley, she said: “There will be a full investigation into the circumstances of Mr Ashley’s death.

“It’s with deep regret this investigation is going to take some time, it’s too early to fix a final inquest hearing.

“I offer my sincerest condolences for the loss of your husband.

“It’s very clear to me how special a person he was and I understand the impact it would have had on you all.”

Ms Griffin said a post-mortem carried out in Italy on Mr Ashley’s body was set to be revealed later this month with a second examination carried out after his body was repatriated to the UK.

She added that she was also seeking an expert to decode data from the aircraft’s black box recorder to get a fuller understanding of the accident.

Ms Griffin adjourned the hearing for a further pre-inquest review to be held on February 10. 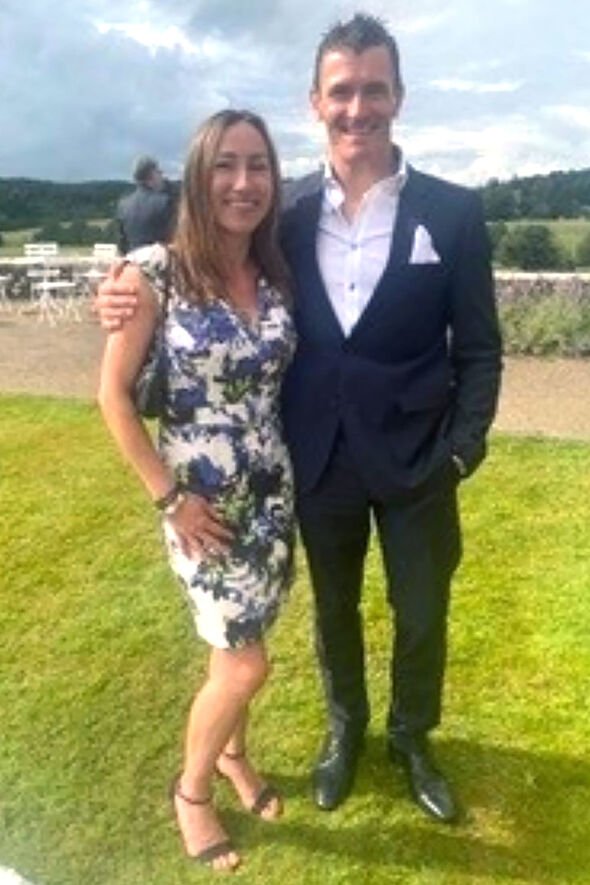 After the hearing, Mrs Ashley, originally from Prestwick, Scotland, said: “I am concerned, the main thing is these jets are still flying, pilots and public are still at risk as we still do not have the answer to what took my husband’s life.

“My biggest concern and the main purpose of this hearing is to get an answer and get some truth.

“He deserves an answer. He was a highly competent pilot, professional and very, very thorough in everything he does, as all of his colleagues will contest. I’m not just saying that as his biggest fan, his wife, I have no doubt about my husband’s competence.

“We need to know what happened to the jet, need to know the order of events, so we can make sure it doesn’t happen again, as I don’t want anyone to go through what my sons have gone through.”

Mr Healy-Pratt added: “One of the concerns we have is the information vacuum. We are relying upon Leonardo as the designer, manufacturer and seller of this expensive aeroplane to look at its own airworthiness and safety record and do the right thing.

“This is the third loss of control accident within 11 years and this time somebody lost their life.

“At the last loss of control accident, Leonardo grounded the aircraft and made public pronouncements – this time it’s deafening silence and that’s very difficult for the Ashley family to understand.”

Paying tribute to her husband, who was born in Leicester and previously lived in Leeds, Mrs Ashley said: “He was quite some man, he certainly lived his life to the full and thank goodness he did because, sadly, it was cut too short.

“He was a very active, very motivated, very inspirational, very driven man, hence why he did what he did – he was a very successful pilot, his dream job, and loved his boys very much.

“I can’t possibly begin to explain how big a hole he has left.”