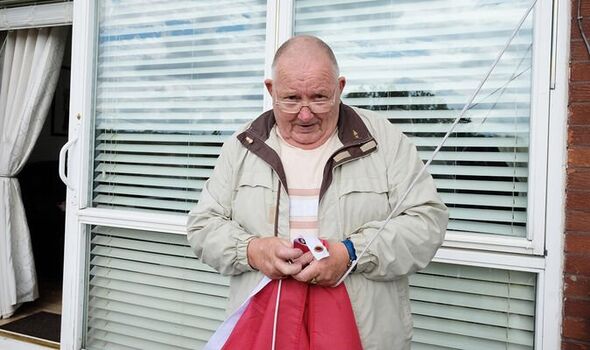 Neighbours were disgusted with Billy Brown for choosing to put up the flag in his back garden on Monday, August 22. A local resident also reported hearing German music blaring from the 81-year-old’s home during the late morning and early afternoon.

The tune he had been listening to at his property in Newcastle was Erika, a marching song composed in the 1930s and used by the German military.

One neighbour, who wished to remain anonymous, told Chronicle Live: “He’s always got different flags but that is the first time I’ve seen a Nazi flag. I’m in complete and utter shock. I’m disgusted.”

Another local resident, who did not want to be named, said: “Other neighbours are as disgusted as I am, it gives the street a bad name as we’ll all be tarred with the same brush.

“Walker is a lovely mix of people so there will be a lot upset at seeing this bigoted flag.

“They have been singing loudly songs in German but, as I do not speak German, I do not know if they were Nazi songs or something else.”

A third person, who lives nearby, added: “That’s wrong. He can’t be doing things like that no matter how old he is. It’s offensive – it’s naughty, it’s very naughty.” 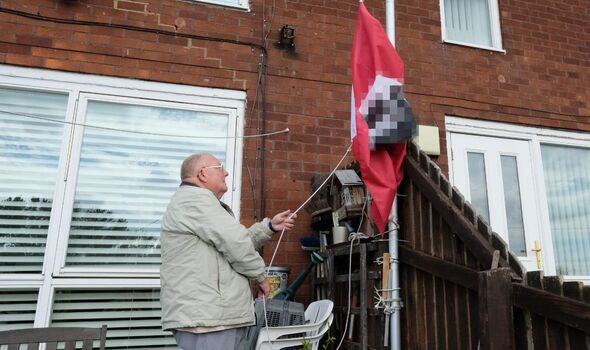 The Swastika is wildly recognised as a symbol of the Nazi Party. Between 1933 and the end of World War II in 1945, the party, which was led by Adolf Hitler, controlled German life and killed millions of Jews across Europe.

Billy, who says he was in the British Army for six years and served in Germany, claims he put the controversial Nazi flag up for a relative who was interested in history and the Second World War. He said the flag had been posted through his door by an unknown person.

He said he checked the internet to see if Nazi flags were banned before flying it in his garden. Billy said he then made the decision after checking that they were legal. 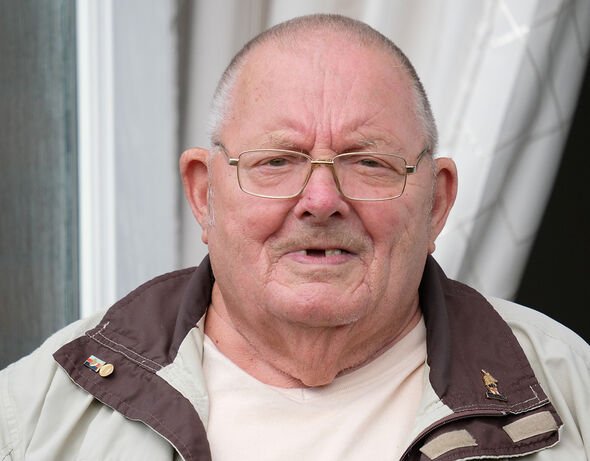 Billy, who has lived at the address for 49 years, said: “The flag was pushed through the letterbox one Saturday.

“I was a bit concerned I would upset people. I was worried with it being a dodgy flag – and it doesn’t get much more dodgy than that.

“If it had been banned I wouldn’t have done it. I’m going off what somebody said on the computer.”

Billy, who has also been a shipyard worker, has numerous flags from different countries which he puts up in his garden.

He said: “I put different flags up. It’s something to do. I had a Sierra Leona one, I’ve just took it down. I have got storage boxes, about three or four of them, and I just pick one out.”

Billy said he puts up flags from around the world but he wouldn’t put a Union Jack one up. When asked why, he replied: “With the state of this country, you’re kidding?”

He took the Nazi flag down at around lunch time on Tuesday after becoming aware of the backlash by neighbours.

He added: “I’ll still fly my flags but this one is definitely gone. I’ll put it in a black bag.”