The government is committed to fully implementing the relaxation of travel rules in time for October half-term.

A switch away from expensive PCR tests to lateral flows has already been announced but a firm rollout date has not been set.

Transport secretary Grant Shapps has assured British tourists it will be in place by the school holiday later this month, which begin in most parts of England on October 22.

It will mean holidaymakers will no longer have to pre-arrange tests or fork out steep sums for the expensive lab-based tests.

Getting the cheaper testing system for double-vaccinated travellers in place by half-term was previously described as an ‘ambition’.

But Mr Shapps has given a firmer commitment today, saying: ‘We anticipate having it ready for the half term, and what a difference it will make for people.’

He said the process with lateral flows rather than PCR tests will be ‘much much easier, much less expensive as well’. 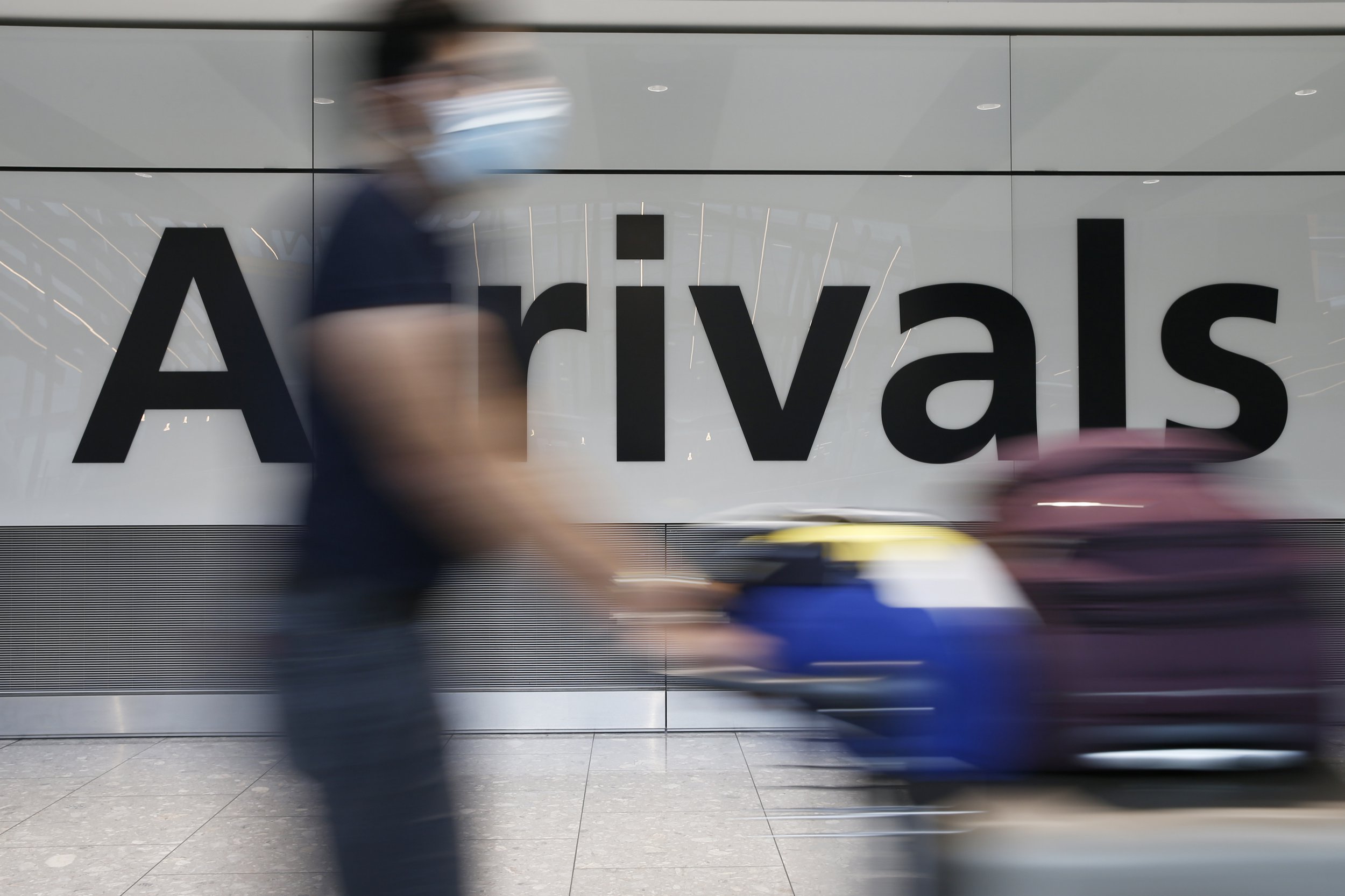 Asked when an announcement can be expected, he said: ‘In the coming days’.

Telling the BBC how the knew system will work, Mr Shapps said: ‘If it’s positive, you’ll automatically receive a PCR test, you’ll be in the NHS system, as with the normal Test and Trace, so you’ll get the PCR without having to do anything further, and of course, be asked to isolate.

‘If it’s negative, that’s it, you’re free to go, and the good thing is that can either be done, as I say, as soon as coming through the gates, potentially, at some airports where they might offer that, or you may have ordered a test to be at your home.

‘You carry out that test, we’re going to ask people to take a photograph of it so that it’s actually your test.

‘And that’s it, the job is done, there’s nothing further to do. So it’s going to be a much simplified, much cheaper system.’

The commitment comes the day after Mr Shapps announced the red list is being slashed from 54 to just seven countries.

Only Colombia, the Dominican Republic, Ecuador, Haiti, Panama, Peru and Venezuela will remain on the red list from 4am on Monday.

Mr Shapps also confirmed people will be able to submit their test results by sending a picture of the test rather than posting it.