The group reportedly plans to emulate pro-democracy demonstrators in Hong Kong and hold “pop-up” protests across target locations. The tactic, called ‘be water’ in Hong Kong, sees protestors arrive without announcement at a location then quickly fade away when the police arrive.

Extinction Rebellion are also planning to surround Parliament with “pop-up” protests in a bid to stop MPs returning on September 1.

Demonstrators constructed makeshift camps and, in some cases, used locks or glue to make them harder to shift. 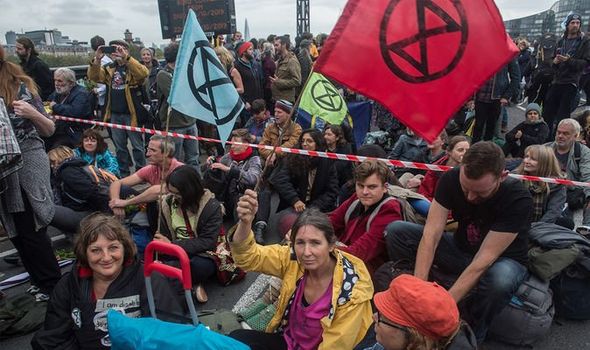 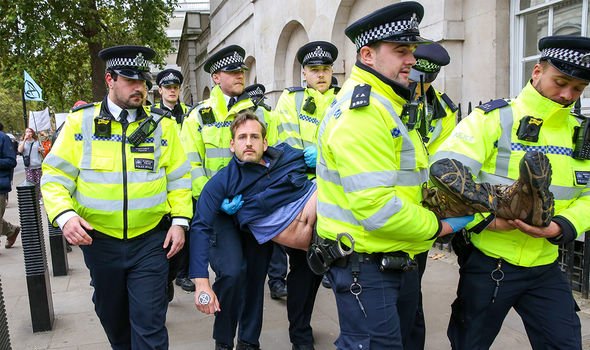 Police made more than 1,000 arrests as they sought to end disruption.

The actions followed earlier protests in March which shut down Waterloo Bridge and parts of Oxford Circus.

Speaking to The Times Rupert Read, an Extinction Rebellion activist, said the group had been “highly influenced” by Hong Kong protestors.

He added: “There’s been quite a lot of reflection in the movement on what worked and what didn’t work last year. 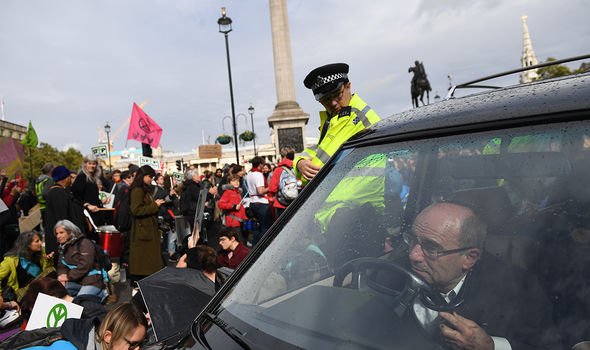 “Targeting public transport and disrupting working people’s daily lives is not a way to win friends and influence people.

“This time the aim is to be more focused on institutions and we’ll be popping up here and there.”

There was controversy last October after angry commuters dragged two Extinction Rebellion protestors off the top of a train at Canning Town.

The group later said: “One of our activists responded in self-defence in a moment of panic.” 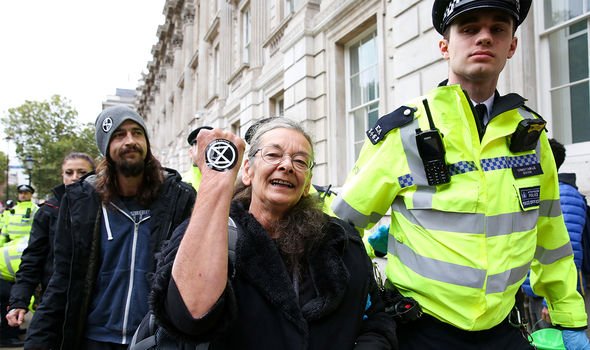 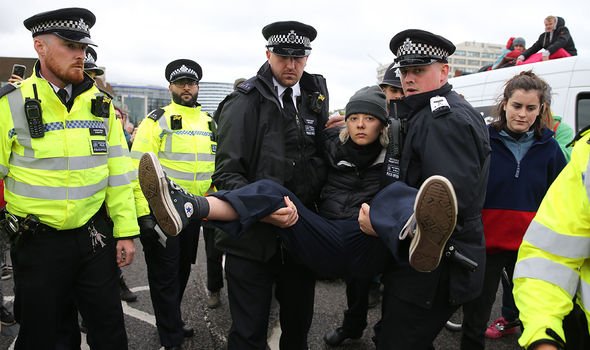 Extinction Rebellion are reportedly hoping their actions will be supported by activists from the Black Lives Matter movement.

Targets could include the City of London financial district, planned Silvertown tunnel under the Thames and think tanks the group dislikes.

Activists will be asked to wear masks and socially distance but the group warned this may not always be possible.

Extinction Rebellion’s Alanna Byrne said: “If people want to do an effective action it’s not always going to be the case that people will remain socially distant.

“We are seeing day after day of climate devastation, so we feel we have to act at this critical time and not wait another year.”

However the group was praised by then Labour leader Jeremy Corbyn. 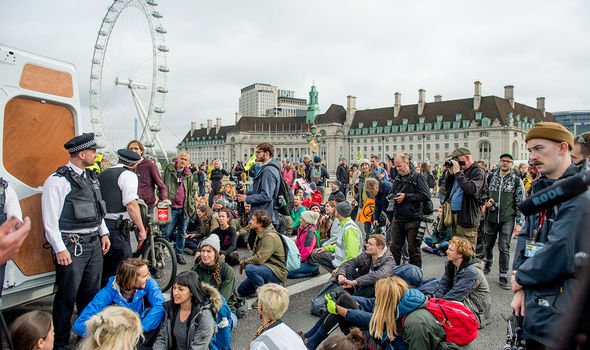 Mr Corbyn said: “To have any hope of keeping global temperature rises to a manageable level we need immediate and radical action.

“I’d like to thank groups like the Climate Strikers and Extinction Rebellion for educating us and pushing the issue to the top of the agenda.”

In June 2017 President Trump announced the US would withdraw from the Paris climate change agreement.