More than 70 people have been arrested following protests by climate activists from Extinction Rebellion (XR) outside two printing presses – which prevented the distribution of millions of national newspapers.

Seventy-two people were arrested across the two locations, police said, and delivery lorries were delayed from leaving. The Newsprinters presses print the Rupert Murdoch-owned News Corp’s titles including The Sun, The Times, The Sun On Sunday and The Sunday Times.

The Daily Telegraph and Sunday Telegraph, the Daily Mail and Mail On Sunday, the London Evening Standard and some Guardian supplements are also printed or processed at the sites.

Both demonstrations ended around 11am.

The Telegraph says it has made its website free this weekend after the protests.

A statement said: “Production of The Telegraph titles was severely affected.

“Following the assault on the free press, we have made the decision that all the Telegraph journalism published this weekend is now free to read on our website until Monday morning and removed the paywall until then.”

The Times apologised to readers in a tweet, saying this morning that it was “working to get newspapers delivered to retailers as soon as possible”.

The action meant that hundreds of thousands of people who would normally get The Sun were unable to read an interview with Sir David Attenborough in which he explains why he supports Extinction Rebellion and what Sun readers can do to help reduce climate change.

Newsprinters said it moved the work elsewhere but apologised to newspaper readers affected by the delay. 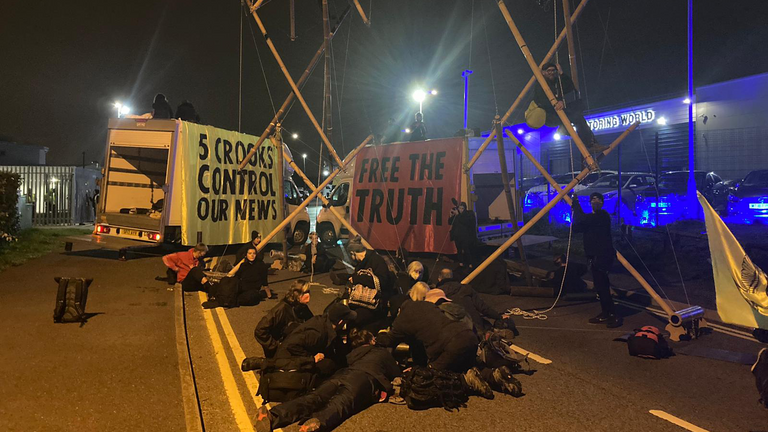 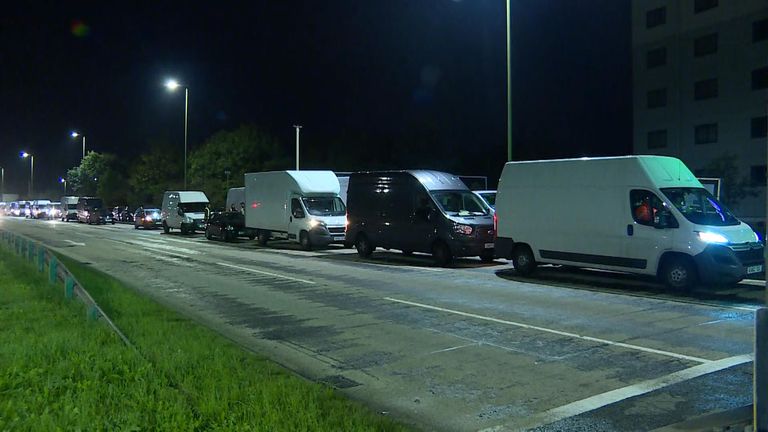 A spokesperson said: “Overnight printing at two Newsprinters plants was disrupted by activity by Extinction Rebellion. Thanks to other industry partners, printing was transferred to other sites…

“This attack on all of the free press impacted many workers going about their jobs. Overnight print workers, delivery drivers, wholesale workers and retail newsagents have faced delays and financial penalty.”

That sentiment was echoed by Boris Johnson and Home Secretary Priti Patel, who both called XR’s actions “completely unacceptable”.

Her comment – “Bravo #Extinction Rebellion. Excellent work” – was criticised by other Twitter users, with Labour ex-cabinet minister Andrew Adonis saying: “I utterly disagree with this.”

It comes after several days of disruption across London by the group, in a bid to highlight the climate crisis.

Protesters also gathered at another site in Motherwell, but Police Scotland say they were moved on with no arrests made.

A procession is due to take place in central London, upon which Met Police have imposed a number of strict conditions.

XR claim the “mainstream media” is controlled by a small number of people, and that news corporations are guilty of “consistent manipulation of the truth to suit their own personal and political agendas”.

The group that targeted printers in Hertfordshire put up bamboo structures around the entrance, preventing access to the site. 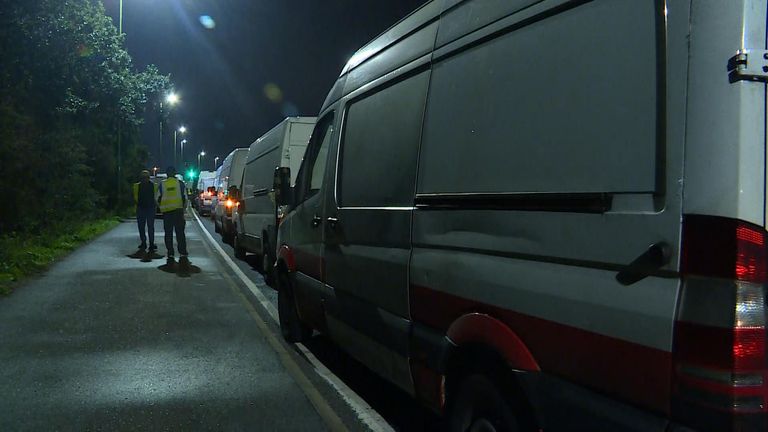 A Sky News producer at the scene said there were lines of vans queued up along the road to the site, waiting to collect newspapers.

Hertfordshire Police said: “Our officers are engaging with the group, which consists of around 100 people, and we are working to facilitate the rights of both the protesters and those affected by their presence.”

In a tweet, the force said it had made 42 arrests.

Merseyside Police said 30 arrests had been made there. “Two vans and a boat used to cause obstruction” were removed, a spokesman added.

:: A New Climate is a series of special podcasts from the Sky News Daily. Listen on Apple Podcasts, Google Podcasts, Spotify, Spreaker

Extinction Rebellion activist Gully Bujak, 27, said: “You cannot have a functioning democracy with a mainstream media that is ruled by a small, unrepresentative sect of society, who are in bed with politicians and the fossil fuel industry.

“The climate emergency is an existential threat to humanity. Instead of publishing this on the front page every day as it deserves, much of our media ignores the issue and some actively sow seeds of climate denial.

“They thrive off of polarisation and division. They sow hatred in order to distract us, actively profiting from this division.