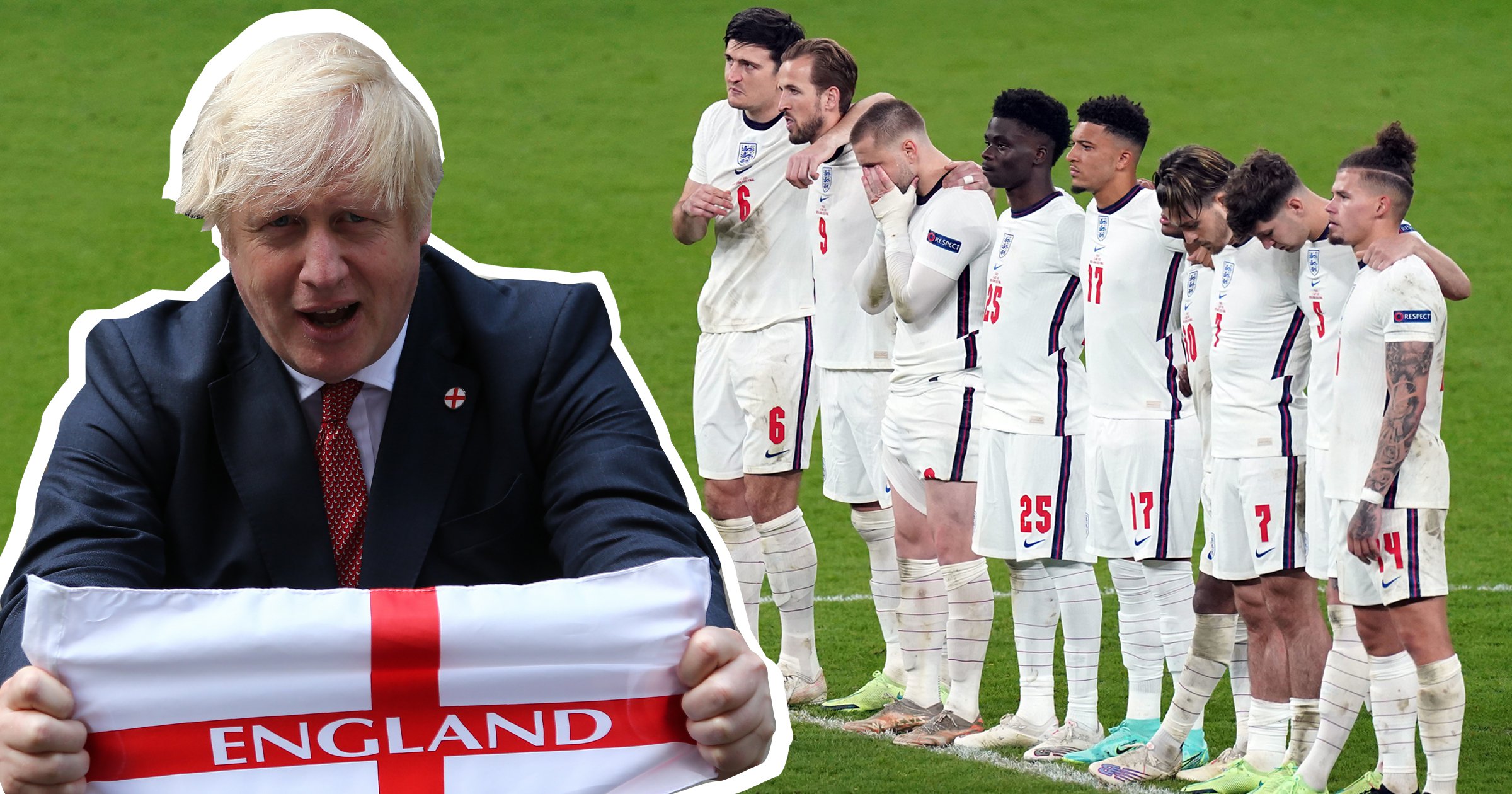 The FA has insisted there were never plans for the England team to attend a Downing Street bash if they lost their Euro 2020 final.

It comes amid a race row between certain players and Government ministers, with Tyrone Mings slamming Home Secretary Priti Patel for ‘stoking the fire of racism’.

There have been suggestions that players snubbed a No10 invitation, but the FA told Metro.co.uk this is untrue as there was not an event planned.

Downing Street previously echoed this, saying in a statement: ‘The PM would have been delighted and honoured to host a reception for the England squad to mark their outstanding performance in the European championship.

‘However No10 was informed prior to Sunday’s game that the FA’s preference was not for an immediate reception in the event England were to lose.

‘We continue to discuss suitable ways for the PM to thank the squad and coaching staff for their heroic efforts throughout the tournament.’

It follows a campaign group claiming England’s players had refused to attend a reception after the tournament.

Black and Asian Lawyers for Justice group tweeted: ‘We have it on good authority that the black English players told Gareth they wouldn’t attend the PM’s shindig at no 10. The words “Boris is cancelled” were used aggressively. #Euro2020Final #BlackLivesMatter’

Tyrone Mings, who plays for the national team and Aston Villa, was quick to call her out for ‘pretending to be disgusted’.

You donât get to stoke the fire at the beginning of the tournament by labelling our anti-racism message as âGesture Politicsâ & then pretend to be disgusted when the very thing weâre campaigning against, happens. https://t.co/fdTKHsxTB2

He quoted Ms Patel’s statement and responded to her directly: ‘You don’t get to stoke the fire at the beginning of the tournament by labelling our anti-racism messages as “Gesture Politics” and then pretend to be disgusted when the very thing we’re campaigning against happens.’

Mr Johnson, who has also faced allegations of hypocrisy, came out strong on Monday night when he started his press conference, telling racists to ‘crawl back under the rock from which you emerged’.

Metro.co.uk has contacted Downing Street, UEFA and the Football Association for comment.

The Iran Crisis: How We Got There and What’s Next