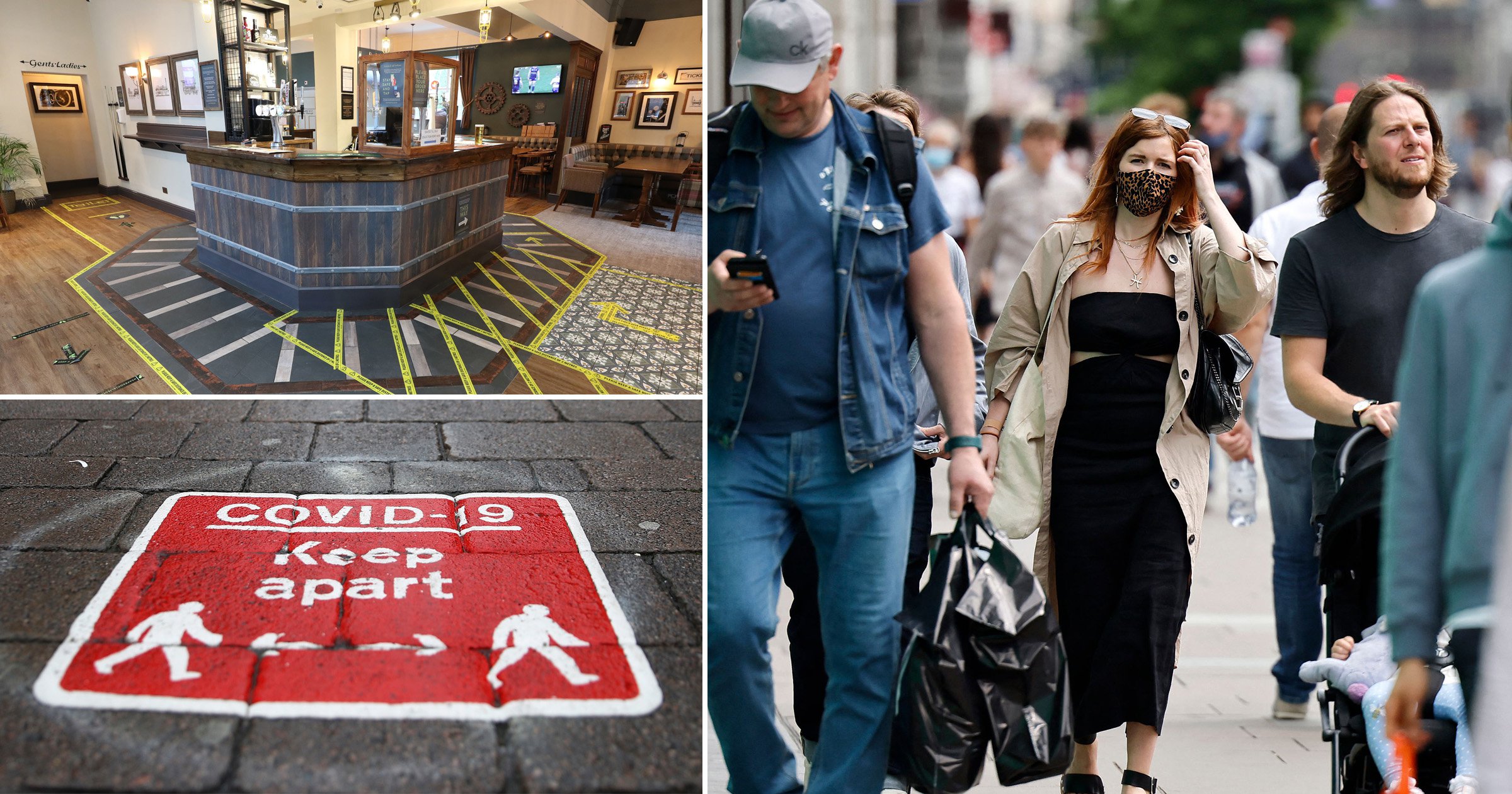 Rules around face masks and social distancing will be extended beyond next week after the lifting of the remaining coronavirus restrictions was postponed amid concern over the Delta variant.

Prime Minister Boris Johnson announced this evening that the road map easing earmarked for June 21 will be pushed back four weeks to July 19.

Limits on numbers for sports events, pubs and cinemas will therefore remain in place, nightclubs will stay shuttered and people will be asked to continue working from home where possible.

The mandatory wearing of face masks in public spaces will also endure in a bid to curb infections.

Experts feared going ahead with step four on June 21 as planned could lead to hospital admissions on the scale of the first wave of Covid-19 heaping unsustainable pressure on the health service.

To avert this, Mr Johnson said during a Downing Street press conference that it is ‘sensible’ to put back the end of all legal limits on social contact to July 19, saying he is ‘confident’ no further delay will be necessary.

He said he hopes deaths will be significantly reduced by that point because two-thirds of adults will have then been offered both vaccine doses due to the delay being coupled with a reduction in the time between jabs for the over-40s. 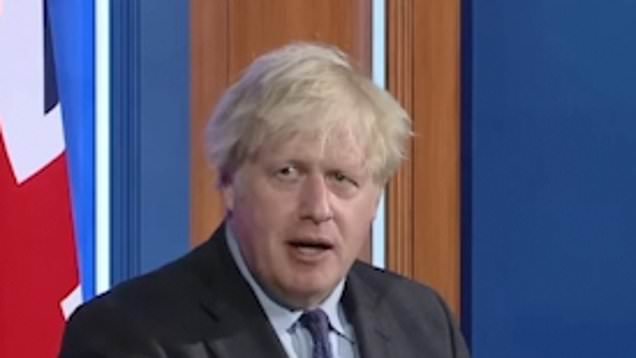 The lockdown delay has been described as a ‘catastrophe’ for the theatre and live entertainment sector.

In a statement, Sir Howard Panter and Dame Rosemary Squire of Trafalgar Entertainment said: ‘This delay is yet another bungle from a Government that wouldn’t be given a single star in a review of its performance. The confusion and muddled-messages are reminiscent of a West End farce.’

They argue the Government’s own data shows a trip to the theatre is less dangerous than going to the pub, restaurant or supermarket, and stressed the sector’s importance to public life.

Mr Johnson did, however, announce a limited easing of restrictions to take place from June 21 as he faces the prospect of a rebellion from Conservative MPs who are furious about the delay.

The 30-person cap for wedding ceremonies and receptions, as well as wakes, will be lifted, with limits to be set by venues based on social distancing requirements.

Care home residents will also no longer need to self-isolate for 14 days after leaving for visits in most cases.

Fans were expected to be able to attend the Euro 2020 semi-finals and final in Wembley as the pilots on attendance of large events continue.

Mr Johnson said that the spread of the Delta variant meant ‘we have obviously faced a very difficult choice’.

He went on: ‘We can simply keep going with all of step four on June 21, even though there is a real possibility that the virus will outrun the vaccines and that thousands more deaths would ensue which could otherwise have been avoided.

‘Or else we can give the NHS a few more crucial weeks to get those remaining jabs into the arms of those who need them.

‘And since today I cannot say that that we have met all our four tests for proceeding with step four on June 21, I think it is sensible to wait just a little longer.’

‘But as far as I can see we will be in a much better position as a country to go forward with the full opening up that we envisage.’