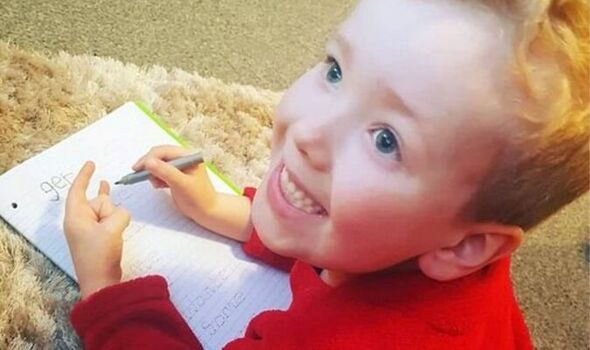 Shoddy record keeping by police means that at-risk youngsters are not linked to abusers who might do them harm – while social workers make “over-optimistic” decisions in a significant minority of cases, exposing a lack of professional curiosity. A multi-agency “safeguarding hub” in Solihull, West Midlands is so underresourced, too many at-risk children face “drift and delay” before authorities step in to save them.

Police and social workers there need to take urgent action over children who are desperate for help, investigators said.

The report into protection services in Solihull was ordered by Education Secretary Nadhim Zahawi after Arthur, six, was poisoned and beaten by Emma Tustin and Thomas Hughes.

Tustin recorded the tortured boy as he cried for his grandparents before she battered him to death at his home – then claimed he “fell downstairs”.

She and Hughes had beaten him for months and his body had 130 bruises. Yet social workers had decided there were “no safeguarding issues” when his gran raised fears about Arthur’s bruises before he died in June 2020.

In the report, published yesterday, inspectors found children in the area “wait too long for their initial need and risk to be assessed. This means that for a significant number of children, they remain in situations of unassessed and unknown risk.”

Inspectors highlighted incomplete police records which left children “at risk of significant harm.” Some children’s names were misspelled so they had not been linked to relatives who posed a risk to them on the police Connect system. Some officers recorded vulnerable children incorrectly or not at all.

One girl was exposed to “an incident of domestic abuse” as her violent father was not properly linked to her.

The Safeguarding Children Partnership in Solihull was said to be under-resourced with frequent changes of experienced personnel.

Inspectors acknowledged the local authority had difficulties in attracting enough social workers while a bid to improve that after Arthur’s death had “limited impact”.

Yet the report commended the current workforce as “committed, knowledgeable and dedicated to meeting the needs of children” but staff face “immense pressure” to meet daily demands and that this “reduces their ability to respond swiftly to all concerns for children”.

Minister for children and families Will Quince, care minister Gillian Keegan and safeguarding minister Rachel Maclean said in a statement: “Arthur’s death…serves as a daily reminder of the urgent need for all the agencies tasked with protecting vulnerable children to work together.

“We commissioned this joint inspection of services in Solihull, which has identified two clear areas where priority action is needed.

“We are writing to [police, health and children’s services] to make clear our expectation that they participate fully in producing and delivering on a written statement of action.”

The report urges a written statement of action to Ofsted by May 30.

Joanna Barrett, of the NSPCC, said: “A significant number of children are waiting far too long for their initial assessment, leaving them at risk.”

Chaos in Czech Republic amid heavy snowfall and blackouts