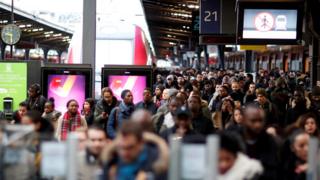 Tens of thousands of people hoping to spend Christmas with their families in France face travel misery as crippling transport strikes enter their 20th day.

Many of those who purchased rail tickets will struggle on Christmas Eve.

Mr Macron’s earlier call for a truce over Christmas was rejected by unions, whose leaders are due to hold more talks with the government on 7 January.

On Tuesday, France’s national rail operator SNCF said that up to 40% of high-speed trains had been cancelled, along with up to 20% of regional rail services, which have improved in recent days as more staff have returned to work.

The number of SNCF train drivers participating in strike action fell below 50% this week. When the strikes began nearly three weeks ago, this figure was about 85%. 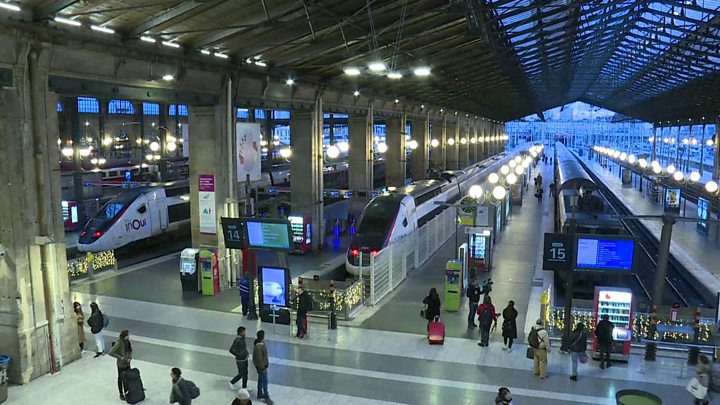 Many commuters, however, are still having to rely on bus services.

On Monday, protesters clashed with riot police at the Gare de Lyon station in the capital, Paris, after setting off flares and causing smoke to spread throughout the station.

A general strike over pension reforms in France in 1995 also crippled the transport system for three weeks and drew massive popular support.

In that instance, the government was forced into a U-turn.

More on the French strikes: 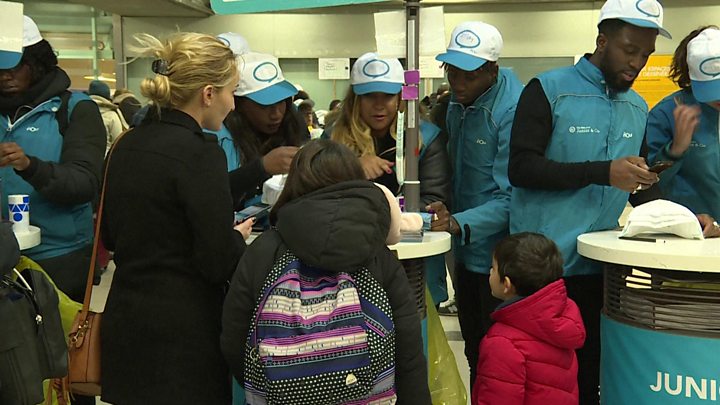 Exercise Tiger: Hundreds of US troops who died during D-Day exercise remembered