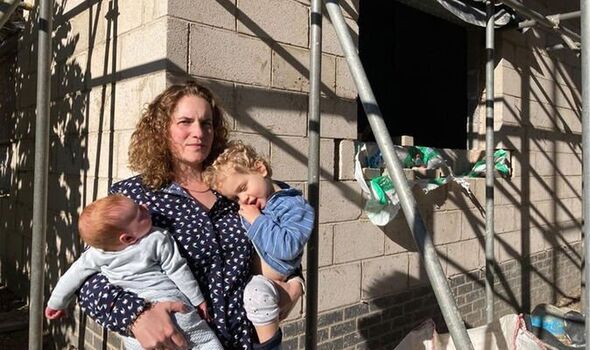 Furious customers have shared their disbelief after the overnight “disappearance” of a kitchen company, resulting in them losing thousands of pounds. Now, many of them are seeking answers about the firm’s whereabouts.

According to DerbyshireLive, Sam Martin and Danielle Charlton were planning on having children next year. With so much money down the drain, that plan is now in serious doubt.

Another couple, Eleanor and Bob Plant, have a newborn baby and their plans have also been thrown into turmoil. Both couples have lost thousands of pounds following the apparent demise of Sonna Kitchens.

The two couples are among a number of customers who are tens of thousands of pounds out of pocket after Belper company Sonna Kitchens “vanished”. Sam and Danielle shelled out £15,000 and were scheduled to have their new kitchen fitted in their house, in Kilburn, at the end of October. Eleanor and Bob are £20,000 down.

Out of the blue last Monday (October 10), they were informed, with no explanation, that the installation wouldn’t be going ahead. They were also told that the likelihood of them getting any of their money back seems very slim.

“We’re distraught, confused, angry. Every emotion. And when we realised we weren’t getting the money back, it broke our hearts. We spent ten years grafting for nothing. We put everything we had into this house. It’s all just gone,” said Danielle, 27.

The pair, who are both employed by the Royal Mail, were key workers during the pandemic and used the money they saved up through gruelling lockdown work to afford the kitchen.

Just three days after the cancellation email, an email was sent out by Sonna to all their customers, advising that their company had gone into liquidation, although there appears to be no record of this at either Companies House or in the London Gazette, where insolvency proceedings are officially recorded.

“We’re destroyed. I was saying three weeks ago that I didn’t think I was mentally fit after working through the pandemic. But I don’t think I’ll ever recover now,” said Sam.

With no taps or sink, the pair are washing their pots and pans in the shower and living out of their bedroom. The whole house has been gutted as part of their dream renovation plan. The kitchen was meant to be the first step.

Problems only started to come to light a week or so ago, but before that everything appeared absolutely fine. Red flags were raised by customers when their attempts to contact Sonna Kitchens failed.

When the penny dropped, it was truly devastating for Eleanor and Bob, 33 and 35 respectively, from Belper. To complete the extension on their house, they’d decided to invest in a new kitchen and, like Sam and Danielle, chose Sonna Kitchens in the spirit of supporting a local business. They paid in July when Eleanor was eight months pregnant. All their dealings with the company were pleasant.

“The reviews were great and our fitter even recommended him to us. He seemed like a genuine family man. Good salesman. Polite. Would offer you a coffee and a biscuit. He was ticking all our boxes,” said Bob, a secondary school teacher.

Then the email arrived informing the couple that the company had gone into liquidation, although it is unclear that this is indeed the case. It all suddenly added up to the grim realisation that they had lost £20,000 in one fell swoop.

She headed to the bank immediately, but the couple had paid by bank transfer rather than credit card as it was easier for both parties and meant she didn’t need to leave the house with her newborn baby. They’ve realised that means they’re unlikely to ever see the money again.

Eleanor has already set about meeting up with other disgruntled customers, doing research online while feeding her baby son in the night and calling up advice helplines. With their toddler son playing blissfully on the floor with Lego, you’d never know what they were going through from the outside. But the disappearance of Sonna Kitchens has had a massive impact on their lives.

Eleanor, on maternity leave from her job as a pest operations manager, said: “There’s been a lot of tears out of frustration and anger. We’ve had to instantly change our lifestyles. We’re pulling our son out of nursery. My husband’s no longer going on paternity leave. I’m going back to work early. We’re embarrassed and feel stupid because we’re very private people and like to be financially independent. We feel like we’ve let our families down and let ourselves down.”

Derbyshire Live and Express Online approached Sonna Kitchens for comment but the website has been deactivated and the company phone number goes to a voice mailbox that is full and not taking any more messages. Director Sonny Shacklock has not responded to the reporter’s emails.

Royal Family: How many castles does the Queen have? Full list